I feel naked before my entire class, humiliated to a point of shame.

I thought having seen every James Bond film ever made meant I could talk about him for three minutes. However in this English exercise of public speaking, I feel barely able to stretch my vocal chords as I trip and stumble over words. Rambling in an incoherent fashion, I have lost the ability to hear my own voice; it only serves as some peculiar echo in the distance, a shadow to the reality and the only thing audible.

I’m beginning to lose focus. I’m more conscious of the beads of sweat accumulating on my forehead than anything else. They’re getting bigger and now they are cascading down the sides of my face.

I fleetingly turn my attention to that hollow, empty feeling that became part of my life a few weeks ago. Nothing will ever be the same. There’s no turning back. I dread the thought of going home–that will be just too painful. It will only remind me of what I once had and have no more.

I thought this boarding school three miles away that my parents  sent me to was bad enough, but now I’m shackled to another form of imprisonment. I can’t understand what I did wrong. I thought she loved me. Maybe parcelling me off here was just a convenient way of dealing with it. I’ve got to face the truth. My mother has left home.

I was reaching puberty when I left for boarding school, innocent to the rift that had already developed between my mother and father.

This plunge pool of authority was a stiff shock to the system. Suddenly my existence took a U turn without my knowledge. I was forced to confront all my personal issues very publicly. Tension accelerated rapidly.

I had two friends, Carl and Hugh, who were of great support though it was a pretty brutal life of bullying and survival of  the most devious or cunning. One boy attempted to commit suicide after his first year, and he was only 12. Another who I suspect had been abused at some point in his life was canned on a daily basis or had to spend hours writing out lines as a form of punishment, his rebellion a backlash against what he had already suffered. The ‘boot room’ where rugby boots and kit were stored lived out its name: this was where disputes between boys were settled.

We were inspected from top to toe on a daily basis for dress and conduct before leaving house each morning. In this meticulous examination if a tie knot was too big or too small, or a bed not made properly, punishment was dispensed sharply. One housemaster would take a run up when administering the slipper and deliver the blow in true bowling style.

It was while I was in boarding school that my mother embarked on an affair and suddenly decided to leave my father. Chaos and distress soon replaced peace and calm.

I was allowed home from school every fourth weekend but it was no break. My father was totally devastated. My mother had thrown him a curve ball that knocked him completely off balance. The family home had been brought to the ground, divided like Sarajevo with casualties to match.

Nobody knew what to say to me. There was no conviction behind anybody saying,”It will be all right,” because nobody believed this was true.

Although I still feel unsettled by the damaging impact this had on many lives, Buddhism has enabled me to see how these events added to my life constructively. Buddhism teaches that value can be found in everything. We just have to seek it to find it.

The discipline I experienced in school helped me create a level of self-respect. Generally speaking, I initiate stability and seek a lifestyle that is uncluttered and organized. I became able to live a self-sufficient existence without having to rely on others too much. The suffering that pupils inflicted I see as suffering that was, and continues to be, passed on. In my own life I attempt to stem this and break the cycle, which in turn has helped me to empathize with others and take a lighter approach.

My mother’s  emotional and geographical shift was a catalyst for me to persevere in my professional ambitions. I became an entrepreneur of sorts.  My goals were not merely about success: I had a yearning hunger for acceptance in the world and this drove me forward with a greater determination. Having experienced childhood marginalization where I felt I’d been pushed to the edge, I became prepared to take more risks in life in order to get noticed. I also became resolute in reconciling any differences I had with my mother and now appreciate a relationship that is all the more profound as a result.

It is easy to overlook the benefit that suffering can bring. When we are living in that moment it can appear to have no end. However my greatest victories have been borne out of tremendous hardship and that enables me to savor any success with a greater degree of appreciation.

Finding the determination to accelerate past the tipping point galvanizes character. Although tough at the time, I discovered an ability to honor and accept myself. 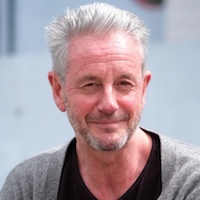