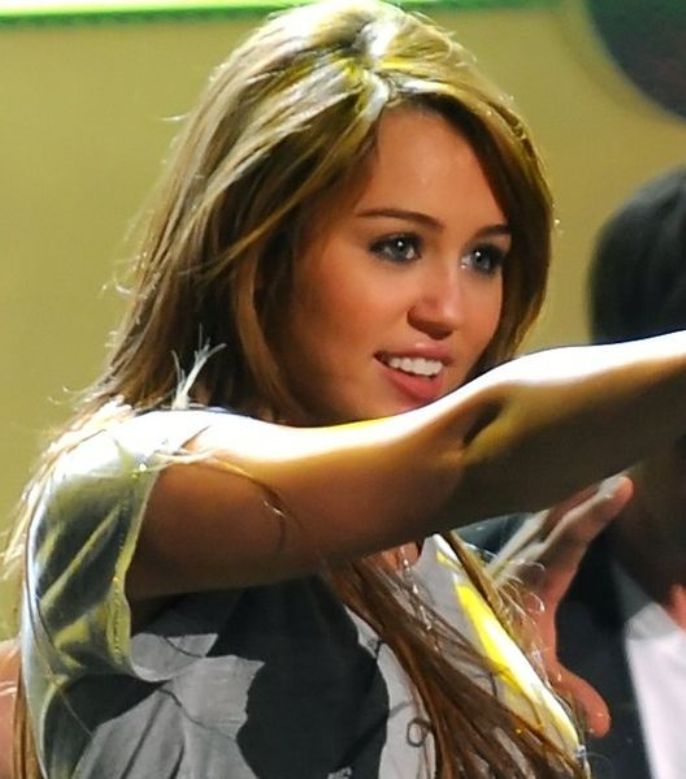 I have to do it. I’m defending Miley Cyrus.

For weeks, it seemed like our most important American dialogue was the Miley Cyrus VMA performance (sarcasm). Let me throw my two cents in. I am someone who enjoys keeping up with celebrity stories, fashion and gossip, but this uproar over Miley Cyrus feels different.

Let’s take the less-fun route and see some other issues here—because even though Miley Cyrus is acting remarkably calm and collected in the aftermath of the performance, let’s not be so sure she’s totally okay. She’s 20 years old.

Remember 2007 when Britney shaved her head and by all accounts lost her mind? Yeah, I wasn’t surprised about that. The scrutiny she was under—that would make anyone crumble. She was a VMA staple too, and she had Miley Cyrus-levels of attention and massive criticism too. It seems like we wore Britney down, and I didn’t find that funny.(Neither did Craig Ferguson by the way.)

If you listen to what Miley has been saying in recent interviews, she’s being clear. She is being vulnerable. She’s telling everyone she’s sort of having a 20-year-old crisis.

“I was an adult when I was supposed to be a kid. So now I’m an adult and I’m acting like a kid.” – Miley Cyrus to Harper’s  Bazaar

She didn’t get a chance to be a kid, or to feel free and young. That must have been hard right? We can’t be making it much easier. Maybe we need to put ourself in her shoes.

Can you imagine this: you’re 20 years old and your engagement just ended. Your parents have been divorcing and not divorcing for the last year. Your life is rocky, like most 20-year-old girls in America.

But you have this one thing that you love. For her it’s music. I realize Miley’s music may not seem artistic to some of us, but let’s put that aside for a minute. She is a musician and a songwriter.

I’ve literally heard grown men having straight-faced conversations about her VMA performance and have heard things I could never repeat. Men in suits on their commute feeling the need to call 20-year-old Miley a “slut”. Do those men have daughters?

People on all ends of the spectrum are vehement about their opinion on the matter. Women that have daughters tend toward being irate about Miley’s “influence”. Others like to talk about that outfit—so scandalous. And I’ll be honest, Miley’s dancing and tongue gymnastics, well, it was a little tough to take.

Miley’s performance, some would argue, wasn’t high art or terribly tasteful, but does that mean that critics from mothers to newscasters need to start acting like ninth grade mean girls and boys?

Sure, she’s in the public forum…

She certainly set herself up for a big reaction. She knew full well she would incite rage, horror, admiration, shock and many other emotions, but I don’t think just because someone is a celebrity that we can have a free pass to degrade their actual character.

I have a problem and it’s not Miley.

I wish I could turn to the people saying such horrible things about Miley Cyrus and ask, “What are your words teaching your daughter?” We’re worried about what Miley may be teaching our daughters with her twerking, but the public’s disgustingly low blows toward Miley, those comments are not much better.

Here’s s the thing—kids, teens and young adults saw the performance, but they’re also online. They see the way the world has responded to the Miley incident. That is going to resonate and stick with many teenagers and young adults.

The reason they’re being shown is because it’s okay to publicly mock and shame someone.

Why do we live in a culture where we wait excitedly for someone to mess up and then we pounce lustfully when it happens? Is there really that much of a desire for someone to criticize?  A 20-year-old girl no less.

As a woman who sometimes still feels like a confused 20-year-old, this ongoing dialogue has gotten under my skin partly because I think about if I were in Miley’s shoes, I’m willing to bet she’s reeling and feeling the biting criticism. Can you even imagine if the world’s eyes would have been fixed on you at your lowest or wildest moments…and then they started hashtagging about it?

Maybe this is my coming of age moment where I realize that my celebrity gossip obsession is changing. Maybe this is me just feeling protective of other women and musicians. I get it. The performance was wild and crazy, but I think the crazier part has been the aftermath, and I really hope Miley is strong enough to handle the aftermath and come out even stronger.