3 Situations When “Good Enough” is Perfect. 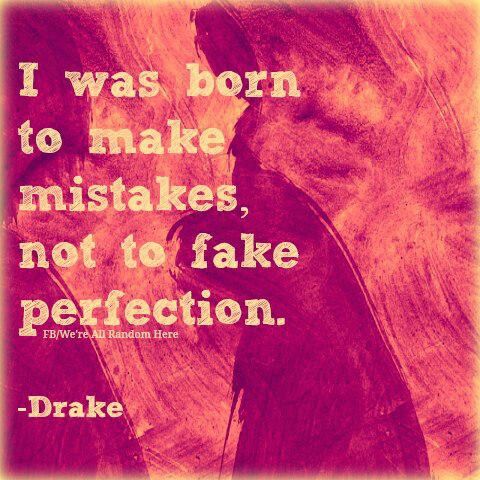 For most of my life, I have been on a mission to be perfect.

It started when I was quite young and discovered that being a high-achieving student would bring me the praise I craved from teachers, principles, and other substitute parental figures. I was the kid who always did the extra credit and cried if I got an A- rather than an A.

However, as I got older and saw that nothing was perfect, I learned to let go. While I believe that striving to be good at something or even the best at times is fine, the strive for perfection is losing battle and one that is down right masochistic: many of us believe that if we have the “perfect” job, the “perfect” family, etc. then our lives will be perfect, too.

Often, we even reach a certain place where we think that perfection should be only to find out it isn’t. Rather than accept that it isn’t real, we just convince ourselves we need to reach higher until we finally grasp it. Sometimes we are so focused on perfection that we don’t even stop to appreciate what we have.

While I could endless go on about the various situations where just being “good enough” is perfect, the three below are ones to specifically focus on because it seems that these are the most common situations where we get caught up on the idea of perfection.

Therefore, pour yourself a drink and say adieu to the idea of perfection when it comes to these.

There’s no denying that we live in a looks-obsessed society. For most, youth and attractiveness go hand-in-hand. Even the few “fitness” and “wellness” magazines I subscribe to are packed full of articles on how to look sexier, younger and prettier.

Now, I am not one to call for the banning of fashion magazines. I actually enjoy looking at a lot of them. However, it is important to distinguish between fantasy and reality. The truth is, even in unPhotoshopped pictures, no one looks like a model or celebrity in their day-to-day life. Even if you happen to be genetically blessed, you will (hopefully) one day grow old. No one can go through life looking like they are 25 forever.

Plus, despite what women’s magazines tell you, stunning good looks don’t make one happy. They also aren’t necessary to find a partner. As I wrote awhile back, some of the best-known seductresses were surprisingly average-looking.

If you are happy with how you look, then that’s all that matters. If you’re fortunate enough to have a loving partner, chances are you are fine enough for them.

I learned many years ago that perfect couples do not exist except in fairy tales. In every relationship, both parties make mistakes. Some are forgivable, some are not.

Still, even in overall good relationships, it’s not uncommon to hear people say, “If only he was a better listener!”  “If only she could be less emotional!” The assumption is, if they were “only” less or more of something, then things would be perfect—that is not true.

Even if your partner were to change, something else would be there that would be an irritant. People are complex. We all have our flaws. Accepting them rather than trying to change them is a lot easier.

Of course, there may be some flaws that are not acceptable (i.e., violence or abusive tendencies). In that case, it isn’t just wise but absolutely necessary to get out of the relationship.

However, if a relationship is generally good,  it is often enough just to be content with what we have and not look for flaws. If we do, then we generally tend to find them. Seek and yee shall find. . .

The late Jacqueline Kennedy Onassis once said, “If you bungle raising your children, I don’t think whatever else you do matters very much.”

However, so many of us are so fearful about messing up our kids that we lay unnecessary guilt and blame on ourselves when things don’t go like we envisioned them, say, in the case of divorce. A good friend of mine, who was in a very bad marriage with a man with several addiction problems, once confided that she often wondered if she did the right thing by their daughter when she finally left the marriage.

The fact is, things happen. The people I know who divorced—especially when there were kids involved—did not make the decision lightly. Sometimes, divorce is not only necessary but a life-saver. (Also, recent studies show that “only a percentage of children experience serious problems in the wake of divorce or, later, as adults.”)

Even if you don’t divorce, then all sorts of things can happen that may derail your perceived image of yourself as a parent when you first entered the world of parenthood. (For instance, I am sure the above-quoted Mrs. Onassis never thought her husband would be assassinated leaving her to raise their two young children alone.)

When I became a parent, I vowed I would never lose my temper or give into my child when she wanted cookies for dinner. Well, I’ve done both. So far, she hasn’t turned out to be one of those kids from Village of the Damned.

I am sure I will continue to make more mistakes along the way as well. Anyone who says they haven’t made any mistakes as a parent is lying.

In conclusion, getting off the perfection train can be easier said than done. While some of us may never be able to fully exit it, the above situations are examples when “good enough” is not just “good enough” but perfect just the way they are.

Sometimes, we can only see how good some things are if we accept the imperfections of life.