5 Life Lessons Taught to Me by My 83 Year Old Boss. 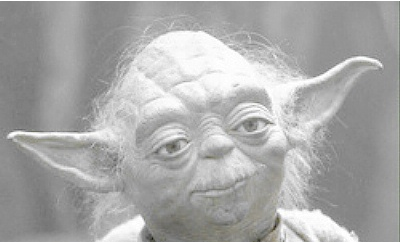 As a woman who wears many hats and works a variety of jobs, one of favorites is doing editing and research for a retired biology professor.

I’ve worked for him for over five years and he is more than my boss. He is my friend. (My nickname for him is BB which is short for  “Beloved Boss”.)

Blessed with a great wit and a wicked sense of humor, I am fortunate to him in my life.

Over the years I have learned a lot of life lessons from him.

Below are the ones that have been the most surprising to me—and the ones that I feel everyone should know. May they inspire you look at life in a new way regardless of your current age.

1. It really doesn’t matter what people think of you.

As someone who has written about a lot of controversial subjects including religion, politics, sex and abortion, BB has had his share of criticism. However, it doesn’t bother him.

As he jokingly put it, sooner or later you die or the people who dislike you do. The worst thing to do is to sit around worrying about what others think of you.

Most of the time, those people aren’t even thinking about you in the first place. If they are, then think of it as a badge of honor. There are literally billions of people on earth, yet they are wasting valuable time thinking about you. At the very least, you must be doing something interesting.

2. There is no such thing as a “perfect” relationship.

Recently, BB and his wife celebrated their 60th wedding anniversary. When I asked what the secret of staying married for so long was, he replied, “Don’t get divorced!”

While they appear well-matched and happy, BB is the first to admit that they are somewhat unconventional in that they often spend several months apart. However, it works for them. He also cautioned me once about assuming that if a marriage lasts for a long time then it must be a good or happy one.

He shared the story of a very good friend and colleague, who also was a famous author, that stayed in a miserable marriage for over 50 years. (It only ended when he died.) Another friend of his who appeared to have the perfect wife and family left his marriage after 30 years of marriage when he finally acknowledged that he was gay and no longer wanted to live a lie. (On a happy note, that man later found a new partner whom he is still with to this day.)

The point is, many of us fear ending up alone in old age but as the examples above show, staying together for a long time does not automatically mean happiness. Also, if you happen to find a relationship that is unconventional but works for you, then go for it.

Despite being at an age where many are expected to slow down, BB has traveled more in the past year than most people half this age. The places he has been to include Washington State, Puerto Rico and India. He also found time to finish up his most recent book and begin work on another.

While this is impressive for anyone, BB has taught me how important it is to never “retire” even after we stop going to the office. He also remains up-to-date on current events. While our bodies may age and slow down, we need not let our minds do the same.

Back in the day, BB did a lot of research on human sexuality. One of the most interesting things I have learned from it is that we don’t stop thinking about sex or even stop doin’ it once we reach a certain age.

While some people may be wrinkling their noses at the mere thought of old people thinking about or having sex, it actually makes me happy to learn this.

Many of us think that sex is reserved only for the young and once the timer is up, that’s it. It’s simply not true.

This brings me to the fifth and most important lesson I’ve learned.

I hear people as young as 30-something lamenting that’s it’s “too late” to switch careers, find a partner, or any other number of things. I used to think like this until I realized all that BB was doing in his life and he was more than twice my age.

The truth is, while we may only get one life, many of us get a pretty long life. If you want to make a change, then what is really stopping you?

Working for an octogenarian has brought more richness to my life than I ever imagined it would.

It’s also taught me a number of life lessons that I probably would never have learned until I was his age.

While BB would probably bristle at the mere mention of the word, I consider him a great guru on matters of life.

Hopefully, his words of wisdom will live on long after he’s gone.