A Safe Place to Scream. 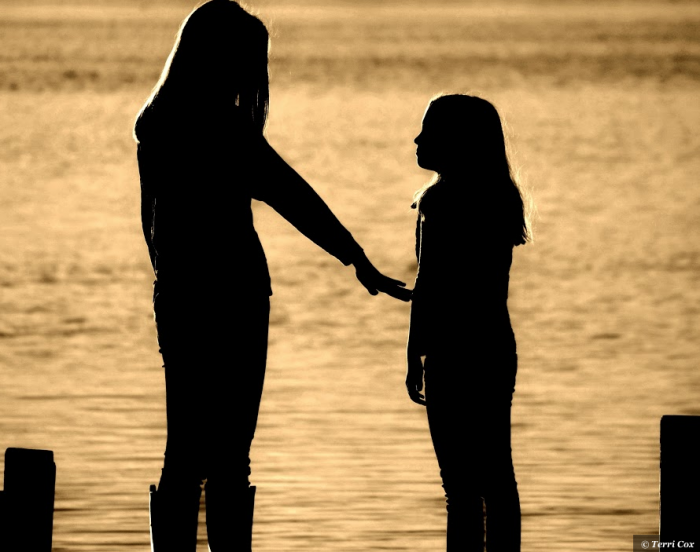 At the age of four, my daughter began having random screaming fits—mostly in the evening.

There was no rhyme or reason for these tantrums. I had nothing to go on to remedy them as far as discipline or comfort. She was at an age where she should know better and yet too young to completely reason, which left me dumbfounded.

I spoke softy and told her she was a nice girl and that she should tell me what was bothering her with words. I attempted acting out how to handle anger with her dolls, modeling a mom and daughter. I adjusted her diet, thinking possibly she was allergic to gluten, or couldn’t handle sugar, or maybe it was a food dye that caused her to lose temporary sanity. I rocked her, I ignored her, I yelled at her, I sent her to her room but nothing—I mean nothing—worked.

The tension grew in our house. The screaming fits wore on all of us and the helplessness that we all felt made them worse. My other children were frustrated with her and not knowing how to vent became crabby and began acting out themselves. My husband couldn’t understand why I was unable to fix it and said she was acting this way purposefully to manipulate me. This drove a wedge between the two of us.

Deep down I felt in my gut that truly she wasn’t having fits to get a reaction from any of us. There were days, sometimes weeks, that she would be fine. Generally she was a sweet child with a slightly tenacious attitude. She was a girly-girl with a bit of an edge and not afraid of adventure. Then suddenly, out of nowhere she would change into someone else. I was bewildered—unhinged. I secretly wondered if she had a mental disorder. We didn’t speak to many people about these fits of rage she seemed to be uncontrollably tormented with—out of shame, perhaps or fear that I was not handling them the right way.

Finally one night when the screaming began, I picked her up and started pacing the living room. My heart pounded and my stomach knotted. I felt my blood pressure rising and my face grow hot. It needed to stop. Slipping on a pair of shoes, I grabbed my keys and headed out the back door with her partly over my shoulder as she hollered like a banshee. My husband asked where did I think I was going and I told him I didn’t know—I was just going to drive.

I strapped her in the car seat with her screaming at the top of her lungs and her face beet red as tears streamed down her cheeks. “No Mama, no! I don’t want to go in the car!”

“It’s okay sweetie, we are just going for a drive.” I remembered when she was a baby how quickly she fell asleep in when we took her in the car. Fingers crossed, I put my keys in the ignition, started it up and we began our journey into the dark, moonlit night. She continued screaming, but I turned the radio on low and stared straight at the road. God, if the police pull me over they will probably arrest me, I thought. I didn’t care. I didn’t know what else to do; I just drove.

As we hit the city limits, her cries grew softer and after about another mile she was silent. I pulled into a restaurant parking lot and peered into the back just to make sure she was alright and saw her sleeping peacefully like an angel. After returning home, I carefully pulled her out of her seat, and with just a few soft murmurs she stayed silent, eyes closed. My husband looked at me confused and I simply shrugged and told him she gets sleepy in the car.

After that night, whenever she began the out-of-the-blue tantrum, I grabbed my keys and off we would go—she and I. She protested every time and every time I would coo softly to her that it was just a little drive and we would come right back. Every time after we hit the city limits she would quiet down into a sweet slumber.

During the day, sometimes I would bring these drives up in conversation to her. “Why do you cry at night, little one?” I would ask. Her answers varied from “I don’t know” to “I was mad,” but mostly she claimed she had no recollection at all of the entire event. I didn’t know what the cause was or why she was unable to control herself but I knew that the night drives worked and so that’s what we did. I drove and she cried and occasionally I would cry too. Sometimes I would sing to her and sometimes I just stared ahead at the road.

As the year progressed, the tantrums grew farther apart until they stopped altogether. In some ways we bonded in those nighttime drives. I couldn’t fix what needing fixing, I couldn’t find the source of her frustration, but we found a way to escape—just me and my little girl.

Sometimes that’s all we need though—a place to cry, a safe place to scream, a dark moonlit sky and someone who loves you no matter what.