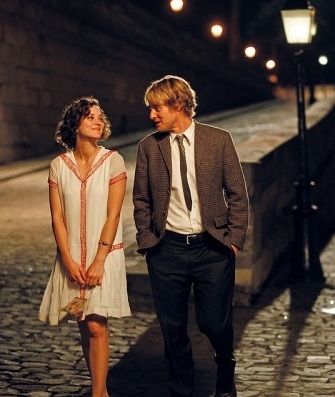 It is resoundingly difficult for a conscious, disciplined man to find a romantic relationship.

Particularly for one who has decided to end old patterns and instill new disciplines into his loving ways.

I’ll admit it—I was once a man bent on being in a romantic relationship. I loved the idea of a partner and often blindly went about the being in a relationship without much conscious effort, rhyme or reason.

If there is one thing the vast majority of us can relate to, it is that relationships ending can be painful events. For those of us who are single, we can also be sure that we have one thing in common: 100 percent of our romantic relationships have failed.

My long-term romantic relationships (the few I had) were indicative of my state of mind, as my relationship experience shifted from the grips of fear and insecurity into the realm of consciousness and knowing.

I can easily look back and understand why those relationships happened and to what benefit they served. Those experiences and the pain associated with having them have also contributed mightily to my current discipline, wisdom and deep understanding of the nature romance plays in my life.

So, I’ve created certain “guidelines” that I feel must be met for romantic relationships to exist in my space.

There are no such thing as vows.

We have all uttered vows in our lives that we’ve broken. I’ve promised “till death do us part” and so on only to be parted before death. We have all promised eternity, fidelity, honor and obedience to our partners. We’ve all uttered the words “I’ll never leave” or “You are the only one for me” at some points in our lives to someone who is no longer with us.

So, why utter the vow in the first place?

In my experience it wasn’t a lie when I uttered it, it just became one as the tide shifted, or the river stopped flowing, or the host of reasons romance dies on the vine. So, I’ve promised myself that I will not utter a single vow in my next romantic relationship save one: “I will not promise you tomorrow, but I will promise you my truth today.”

There are no rules.

Call me picky, but I really want a romantic relationship to be much like my friendships. I don’t create ground rules for my friends to follow. I don’t tell them how to behave even if my friendship with them is determined by their behavior.  We allow each other to be as we are, with friendships growing or ending in the complete liberation of never having to change to be there.

I don’t want to change someone to be in a relationship with her, just as I don’t want her to change. I should not have to grow my hair because she doesn’t like baldness, or become Catholic because she is one, or to start hunting because she loves to kill animals.

Conscious people know, or at least they should, what is important in their lives. They should never have to change what is important to them to be in a relationship with someone else, and no one should have to change who they are to be in a relationship with conscious people. It’s really simple, it seems, until romance gets involved. Then, the consciousness seems to fly out the window.

Are there some things I would change for my partner? Perhaps. Yet, there shouldn’t be anything I have to change to be with her. Get it? 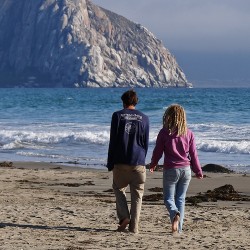 We both walk as liberated partners.

This is actually easy if we follow the first two guidelines. Since we’ve uttered no vows, and have no rules, we are free to do as we please within the relationship. Almost everyone I’ve suggested this to has called me crazy, but if I’ve found a person who is much like me, who thinks as I think, lives as I live, and desires what I desire, what rules or vows are necessary?

If no rules or vows are necessary, aren’t we both just freely walking our chosen paths together for as long as we wish? Isn’t it possible to walk freely as devoted warriors of love together without feeling enslaved in any way? Isn’t it possible to make love, disagree, cuddle and kiss—not as a rule or requirement—but just because we want to?

Isn’t it possible to be “who our partner wants” without effort, restriction or rules to follow just because who they want just happens to be who we are?

I can understand why most would not want to adopt my ideas for relationships.

First, it takes a lot of discipline to live this way, particularly if you weren’t raised to.

I’ve had to discover most things on my own, and I live my life now contrary to the way I, and most people I know from my childhood, were raised.

Having grown up in a traditional conservative Catholic family (which, by the way, was completely dysfunctional in its own right), I realized that I couldn’t exist in the mold that I was forced into, and as I suffered through the discovery I had to find a different path. That led me here.

For those of us raised in this way, it takes a lot of discipline and effort to not fall into old, familiar behavior patterns. I’m blessed: I’ve suffered so much at the hands of my own behaviors that I’ve grown adverse to them. Yet, there are times when I can feel familiar emotions cropping up, and when it seems so easy to revert to how I used to be. So, I must remember the lessons learned in order to devote myself completely to the path I’ve created and not the one created for me. I realize that this work is not something most would want to indulge in.

Second, you have to like being alone if you want to adopt these ideas.

There just are not a lot of people out there who walk this way, so your choices are limited. Many you meet still fall in love based on various reasons and then give up who they are to engage in the plunge.

They still believe that loving relationships demand sacrifice, and that we have to die a thousand deaths in the name of love rather than living one life in its glory. Many hate being alone so much that they will engage in relationship after relationship just for the companionship and faux security they feel while in them.

They see the pain of failure as necessary, and they adopt the failure in a pattern of blame and countless tears. They make the choice to suffer.

So, it is hard to find a partner who wants what you want when you want for nothing.

Add to that the fact that even if you find someone who agrees with these principles, she may not live as you live or seek what you seek. The lesson here is that if you don’t love yourself and the company you keep when alone, you will succumb to the pressure of wanting companionship, regardless of whether or not it is truly right for you.

Now, I know that there are a million suppositions and reactions that this article can create.

I’ve discussed many of them already, with many different people who have heard me speak on this subject. Think about it though: what if we all followed the ideas set here in our romantic relationships? What would happen?

> Enlightenment for Man is Becoming a Woman.

> What is an Awakening Man?