Some time ago a friend of mine made a somewhat derogatory remark about its residents, which made me think, for some people, it must be difficult to not see certain populations as different, thereby promoting a sort of ‘them’ and ‘us’ mindset.

Having lived in Vancouver for all of my life, I’ve visited the area frequently and been exposed (however superficially) to the area’s myriad of socio-economic problems. I get how hard it is for many of the rest of ‘us’ to understand ‘their’ problems: this vibrant community has long been ostracized, its residents neglected.

We separate ourselves via avoidance, fear, even pity. All of these things create further division and more problems.

The problems here are so complex that—systemically, at least—it’s almost impossible to know where to start.

I remember the moment when I recognized the perils of this psychological divide, when I dropped any last trace of the ‘us vs. them’ attitude: I was on a bus, tired and sad from seeing ‘their’ problems, and it suddenly dawned on me, that the woman I saw on the street could be me.

One wrong turn, one different decision, being born to a different family, having a different life situation—I could have ended up there too.

But here’s the thing: people from all walks of life face addiction, medicating themselves regularly whether through legal or illegal means. North America is a continent of prescription drug users, imbibing regularly (alcohol, cigarettes, pot) and often unnecessarily. The difference is that these are more acceptable forms of addiction.

Many drug-related problems are exacerbated by poverty, but fundamentally, what about the addiction itself?

What if we were to actually consider it a disease that needs to be mitigated and treated, rather than a problem to be stopped?

For any person, the circumstances surrounding addiction are confusing, complex, and sometimes beyond the person’s control. The only real difference between rich and poor users is that rich people are more likely to have access to both the addictive substance and the prevention of associated health costs, so that the addiction is less obvious.

Money is a key factor in the level of agency we may have to prevent, stop, hide or disassociate from (the consequences of) the addiction at hand.

But it’s admittedly unfair to assume that people with more money are automatically better equipped to manage addiction: for all addicts, there are bigger problems behind the disease itself. Sometimes those problems are poverty-related and sometimes they are not.

In Russell Brand’s Guardian article about Philip Seymour Hoffman’s death, Brand claims that the death was ‘inevitable’ and questions whether the overdose would have even happened were drugs decriminalized and regulated in the U.S. as they are elsewhere.

“If drugs are illegal people who use drugs are criminals. We have set our moral compass on this erroneous premise, and we have strayed so far off course that the landscape we now inhabit provides us with no solutions and greatly increases the problem.” ~ Russell Brand

Amidst much struggle and controversy, the centre has remained in operation now for over 10 years, and it’s this longevity that has allowed for thorough studies to be done.

Such projects are providing clear indications that a harm-reduction approach (things like disease reduction, counseling and access to housing) is effective for saving lives.

Enter the latest innovation brought to us by the Portland Hotel Society: Crack pipe vending machines.

So, what’s the point of all of this?

I hope for it to be an opportunity to look at Hoffman’s death and the problems (and solutions) in poorer populations as not so far apart.

Let us choose to propagate a new paradigm about drug addiction, one that doesn’t victimize, criminalize or ostracize users.

Let us remember that everyone has the right to access healthier choices, even when this means they continue to use.

Let us heed Mr. Brand’s message that drug addiction doesn’t discriminate: it affects us all in some way or another.

Let us at least keep the harm-reduction conversation on the table instead of sweeping it under the rug. 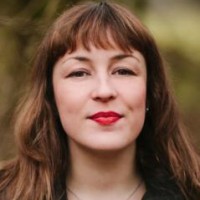