Fame: What is it Good For? (Absolutely Nothing?). 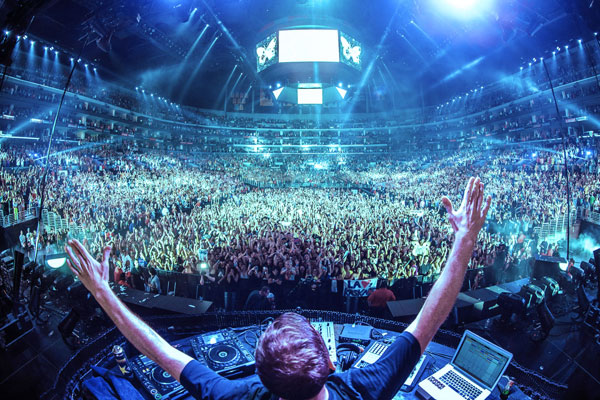 Warning: some graphic language ahead.

Let’s contemplate on the idea of fame.

This distinction is completely made up in our minds.

George Clooney only means to us what we say he means to us. He is not revered—we revere him.

This is how it works:

We make an agreement that George Clooney is famous and we are not. Without us agreeing to this, his fame does not exist.

As an example—a bear, happening upon Mr. Clooney and me, would see no distinction between the two of us. In fact, he’d probably eat Clooney first (you know, because he has more muscle mass…or something).

Therefor, we know that fame does not objectively exist because the bear does not agree to Clooney’s fame. It is us that is making this agreement—the idea of fame is inside of us.

Fame only exists if we believe in it. This is true of religion, of money, of any thought we’ve ever had (including all the thoughts in this essay).

There’s something floating in the cultural undercurrent that allows us to believe that fame is the ultimate success. We think this because fame consists of everything that is culturally valuable: it combines wealth with popular syndication and supports the illusion that once we become famous, we can do anything we want to.

When we become famous, everyone will all of a sudden want to fuck us; we will stay young forever; we will never run out of money (and this will make us feel like we can actually own geographical pieces of our planet); and when we die, we won’t really die—fame will insure that our name will be said millions of times after we die, which is a lot more than let’s say, Katie, who lives on the top floor of her duplex in a Chicago suburb who (by contrast) has only seventy likes on her artist’s page on Facebook.

Fame is the ultimate validation that people are paying attention to us—but the thing is: once we become famous, all we want is to be left alone.

All of a sudden, it’s just a normal Saturday morning and we are going out to breakfast with our new flava’ of the month, who is also famous because once we get famous, those are the only people we can continue to hang out with.

All of a sudden, there are these cameras going off and conversations being stopped and other people approaching like we are some sort of…God…as if we are not human at all—as if we are something so distinct and unique–in fact!—we are so different from them (and so much better) that they ask us for a memento from our brief time together—they want us to use their pen and scribble on a piece of napkin, because that’s all of a sudden worth something. It’s worth more than if they turned to the person in the next booth and asked them to scribble on a table-diaper with their pen.

We think that fame is the same as liberation, but fame is as much an imposed lifestyle as the lifestyle of working paycheck-to-paycheck. Fame is not freedom. Fame is an agreement to live in accordance with its guidelines.

But fame is not sustained by anyone being the best; fame is sustained by the want to hold peoples’ attention.

The best basketball player (as if there is such a thing) is the player who thinks of absolutely nothing else in the world when they play basketball—they don’t think of endorsements or what people are thinking of them. They aren’t thinking about which vacation to go on or who they want to bang tonight at the hotel.

They are just being alive with a basketball, doing the thing that they are doing–unconcerned with what it all means.

Of course we know that fame has different levels. Every experience of fame is different, and we encounter fame for different reasons.

This essay is not an attempt to narrow the concept of fame down into any one idea, but to spark the initiation of dialogue inside Ourselves about what our own personal and spiritual relationships to fame are.

Because we have them.

We have a relationship to the idea of fame, whether we realize it or not. We are teabags steeped in it.

We’ve had moments where all we wanted was a shit-ton of money for playing a three-hour round of golf.

We’ve looked in the mirror and wondered what it would be like if we were absolutely irresistible to everybody on the street.

We’ve watched The Oscars and found ourselves envious of the lives being played out with “Congratulations!” and “Let’s toast!” in after-hours Hollywood lounges, while our small apartment fills with the ticking of the upstairs neighbor’s clock.

Although sometimes it feels like it, it isn’t really the fame we’re after. We’re after the feeling of there not being any more problems in the world.

My wife hates me! Fame will fix it!

I have no money! Fame will fix it!

Nobody likes me! Fame will fix it!

We are trying to fix our problems by pointing outward, and we forget that the only way to stop having problems is to stop naming things as problems–because this is the only thing we can actually change.

Fame solves nothing. We know this because once we become celebrities, we don’t necessarily become happy.

But  maybe, despite all this, we still have famous ambitions.

Perhaps we are telling ourselves that when we get famous, we want to do good with our fame.

We want to solve world hunger and create world peace and stuff. Maybe fame will allow us to reach more people, and the amount of good we will do will be way more than if we were just walking around our neighborhood feeding homeless people.

It’s not that we are wrong with any of that–maybe fame is truly our path to enlightenment.

But let’s really sit down and be quiet and sit with this in meditation: why do we want to be famous?

If we are looking at fame as something to aspire to, then we are probably not feeling very good about ourselves right now. We are probably thinking that we will feel much better once we become famous, as if fame is a pre-requisite for self-love.

Fame is just a container.