How to Be There for Someone in Need. 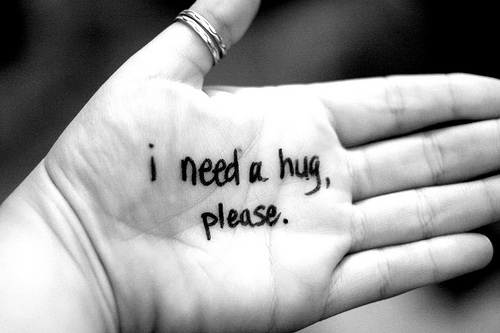 This phrase gets said a lot. I’ve uttered this statement numerous times to people I care about in my life including those who have gone through a break-up, become new parents for the first time, experienced a death in the family, or lost their job.

However, while many of us say that we’re there for someone, we don’t know exactly what that means in concrete terms.

Likewise, there are many who don’t know how to call on someone who says they will be there for us when we need them. Case in point: when I became a parent for the first time nearly five years ago, I was completely overwhelmed and clueless as to what to do. I wanted help, but didn’t know what to specifically ask for. As a result, I did not reach out to anyone and pretty much got through those challenging early weeks on my own. While everything eventually turned out well, I still look back and wish I had asked for help.

Since then, I have learned not only how to ask for help but how to be there for someone in need.

The list below are five things that have been especially helpful. Therefore, read below should the need to be there for someone arise and you want to know where to start:

1. Call, but be respectful of the times.

Sometimes when we hear someone needs us, our first urge is to pick up the phone and call. Often, we don’t look at the time. It’s easy to forget but in the case of many people, especially the elderly or new parents, it’s better to call at certain times of the day. As a general rule, I tend not to call before 9 a.m. or after 9 p.m. unless the person asks me to or says it is okay.

Plus, be prepared that they person may not want to talk for too long or at all. Therefore, it’s always good to preface with, “Is this a good time to talk?”

Eating is important, but often forgotten about or pushed to the back burner by someone going through a challenging time. (I used to joke that break-ups were the best diet plans ever because during those times, I would literally forget to eat or couldn’t bring myself to get up from the sofa or bed and prepare a meal. Right after I gave birth to my daughter, I didn’t want to stand for long periods of time and that included in front of a stove.)

Bringing someone a meal is always a nice gesture, and one that can be put to good use. A meal that can be frozen is especially good.

If you really want to go all out, bring several days worth of easy-to-freeze meals.

3. Give them a time voucher.

Agreeing to babysit or house sit for someone for a certain amount of time can be a godsend. Sometimes, giving the ability to go out for walk or a long drive in solitary can be the best gift.

While some may think this is just for people with children, it isn’t. I once did this for a friend who lost a parent and was receiving a lot of flowers. She wanted to go out, but did not want to miss these deliveries. Knowing that I was there to sign for them was one less thing she had to worry about. While it may seem like a small gesture, she later said it was a huge help.

4. Ask if you can do their laundry, clean the house or any other household chore.

Much like eating, household chores can often fall by the wayside. Even in the best of times, most of us don’t like cleaning. Also, it’s amazing how in a few days an otherwise clean home can start to resemble an episode of Hoarders.

If I could go back in time and ask for one thing, it would be help with the chores. If there are more than one of you helping out, then divide them up. It’s amazing how quickly these things can be done when there are extra hands present.

5. Listen and be a bit more forgiving than usual.

It’s so natural to want to fix someone’s problems. However, sometimes the best thing we can offer is our willingness to listen. Often times, people in need aren’t looking for solutions. Rather, they just want someone to know what they are feeling and fearing.

Also, keep in mind that they may not automatically say thank you or shower you with praise for being there for them. Don’t take it as ingratitude. People tend to act differently whenever there is a lot going on. At some point, they will probably thank you and acknowledge your generosity when they are feeling stronger.

Lastly, the most important tip I can offer is to only offer to be there if you sincerely mean it.

Don’t do it for praise or the expectation that you will get something back from this in the future. Indeed, we may end up having the favor returned, should there come a time we need someone there for us. Sometimes, though, just doing a good deed for the sake of a good deed is enough.