Listening to Intuition May Save Our Lives. 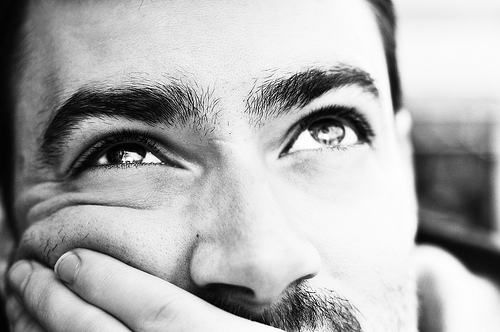 While it’s difficult to honor, intuition is a feeling every person has.

Intuition is a slippery subject. The question remains if intuition is valued, recognized and acted upon. For myself, intuition is literally a life-saving ability. The more I have honored this deeper sense of knowing, the stronger it has become and the more it is validated.

One of the many stories about how intuition saved my life involves a time when I was riding motorcycle. I was approaching a green light. For no reason, I felt the need to slow down. My rational mind gave plenty of reasons why not: the road was clear, it was a bright and sunny day and I had a green light. Yet, I slowed down. Moments later a car ran through the intersection. If I had not listened to my intuition, I would’ve been turned into road paste by somebody running their red light.

The subtle sense operates in a non-thinking way. It combines emotional experience, sensory data, and other cues that reside beneath conscious awareness. The result is a non-verbal gut feeling that can be easy to rationalize and brush aside; especially if growing up or living in an environment that denigrates sensitivity.

Knowing the intuitive message and acting on it may defy logical reason.

Once in my past, somebody was unfaithful to me. It took a series of vivid dreams before I could even acknowledge what my intuition was communicating all along. I had no visceral proof, yet began to pay closer attention to details that were proven in time. My lack of self-trust and denial of intuition kept me locked in a self-harming pattern. Eventually embracing and valuing the message as it reached critical levels revealed unwanted, liberating truth.

Knowing the difference between true intuitive guidance and emotional anxiety is a learned skill. It takes time to learn the wordless language of gut-and-heart. This is where the reasonable mind may be a helpful servant, though it may take time for intuition and mind to effectively communicate.

Intuition becomes stronger as it is honored and valued.

The language barrier between the soul, heart, gut and mind becomes smaller as intuition is accurately valued and acted on. Once a person begins to put their intuitive knowing into action and sees the direct results of self-trust, then the barriers to internal communication diminish. It could be said that intuition grows stronger; I prefer to visualize it as intuition is always strong and present, its guidance just becomes less hidden and more accessible.

Acting on intuition is an in-the-moment response.

There is often little to no time to think about it. The more mind that enters, the less intuition it is and more rationalizing things become. My trip on the motorcycle had no time to think, the instant response saved my life. Not honor intuitive guidance through action only builds an internal pressure that creates stress and seeks resolution.

There are deeper resources within each human than can be imagined.

Each human is at the forefront of evolution, endowed with genetic gifts and a living lineage that begins somewhere in the vastness of history. Those abilities have kept our ancestors alive, giving edges and insight to life that are just as valid today as at any other point in time.