Mercury Retrograde: It’s Not What We Think. 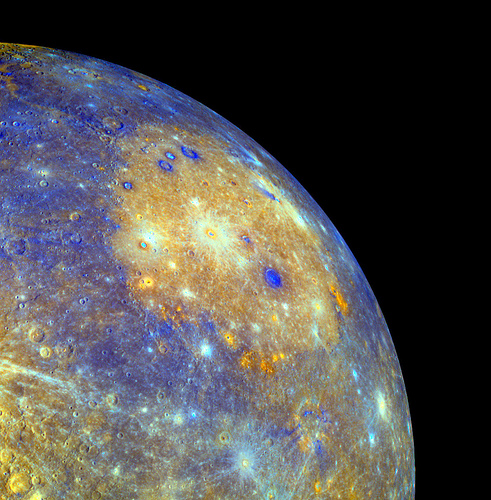 Retrograde Mercury has a bad rap.

Many astrologers like to tell us that life goes a bit haywire when Mercury assumes a “backward” motion in the sky. A lot of emphasis is put on not starting new things, understanding that communication will be “off” and that we are all entitled to blame things not running smoothly on retrograde Mercury.

Contrary to these popular beliefs, it isn’t quite that easy to explain. I have found that most of these interpretations come from Western astrologers using a Tropical system, but that the Jyotish (Sidereal) approach differs quite a bit. My personal experience has shown that retrograde Mercury can be a gift in fact. I look forward to retrograde cycles for many reasons.

We know that retrograde planets are seemingly moving in reverse. (Seemingly, because the planet only appears to be moving backwards due to the planets’ elliptical orbit and this is only in relation to our view from the Earth not that the planet is actually moving backward).

They become stronger as a result and increase the indication of the planet and our desires as a result. An exalted planet that goes retrograde becomes nica (debilitated) while a debilitated planet when retrograde will become uccha (exalted). Obviously there is great power in the retrograde motion, but perhaps dire predictions should be tamed, as great benefits can also result from this movement as well.

I look forward to retrograde cycles. I almost get giddy about it in fact! Have you ever wished for a delete button on life? Or a rewind option? Have you ever wished for a pause button where you could then find a better way to do something? Retrograde planets give us this opportunity. But we must be armed with awareness in order to reap the greatest benefits from these cycles.

Retrograde Mercury offers many wonderful possibilities to us for growth and creativity, for connecting and communicating in new and different ways. Look for the mental body to be retracing old steps, conversations to be revisited, behavioral patterns to come to light and a chance to re-do what is has not been working in your favor. Relationships might come into question and your experience with them, so listen closely as you are being offered an opportunity to make some changes this time.

Financially and with business agendas, we will be in a rewind as well. This is not a bad thing at all. Missed opportunities will be available to us once again and doors will re-open that we thought were closed. Be willing to take a new direction, re-direct your focus, and stay open minded about new possibilities. Retrograde Mercury can be genius for finding new strategies, ingenuity and a gaining a new creative edge. Old accounts and business clients may re-visit you, suddenly making a re-appearance and be in need of your services. This can be a great thing for income and increased business. It can offer us a “return on our investments” whether this comes through monetary means or through past investments of time and effort.

Mercury begins its retrograde motion on February 6th (and returns to direct motion on 2.28). At this time, Mercury will be moving from Aquarius back into Capricorn which will make him sandhi (in weak degrees) for a few days as he gains strength in Capricorn. Then once he begins his direct movement after the 28th, he will retrace the sandhi junction between Capricorn and Aquarius. This needs to be taken into account for this particular cycle and will effect his “strength” but can also offer greater possibility for intuitive insights and inner excavation at the same time.

During this transit he will mostly be in the nakshatra Dhanishta, the shining star ruled by the Vasudevas. The Vasudevas help us with success, prosperity and being seen. The planetary ruler is Mars, while both Capricorn and Aquarius are ruled by Saturn. Thus these planets and their placements/nakshatras will also be part of the dynamics of Mercury’s movements. Jupiter’s transit through Gemini, a sign ruled by Mercury, also throws in his two cents.

Simultaneously, Mars will begin his dance into Libra (on 2.04) which will put him in sandhi as he changes signs and this will effect our experience as well. (Read about Mars and what you can expect from his eight months of forward/backward movements in between Virgo and Libra in my article Mars as the Karma Yogi & His Unusual Transits This Year).

This will be a great time for us to be building and implementing our desires—even if it is only on a mental level—during the next few weeks. Pay attention to your dreams and desires at this time as they offer insights into where to put your focus and attention. Dream big and write these desires down, making a more solid contract with the universe.

The planets begin a complicated and intricate weaving of multiple forward and backward movements simultaneously in the coming weeks and months. We can be certain that much will be offered to us in regard to re-visiting our past actions and experiences, while giving us opportunities to do things differently at the same time.

Mercury’s retrograde motion which begins this week is an opportunity for revisiting our goals and desires, finding new, more innovative ways for accomplishing our visions and making them a reality.

When chaos enters, it can be an opportunity for us to hit the pause button on our lives and to find a different, more life supporting option for ourselves.

A lesson to be learned; likely a big one since it has re-appeared.

Stay alert and see these calamities as opportunities for growth. Some of us will be surprised with monetary and relational gifts; and depending on your individual chart, this Mercury cycle can bring great benefits and favors. Be alert to the changes in your self and strive for more mental balance. 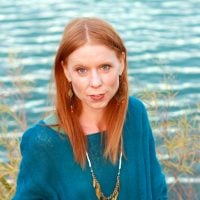