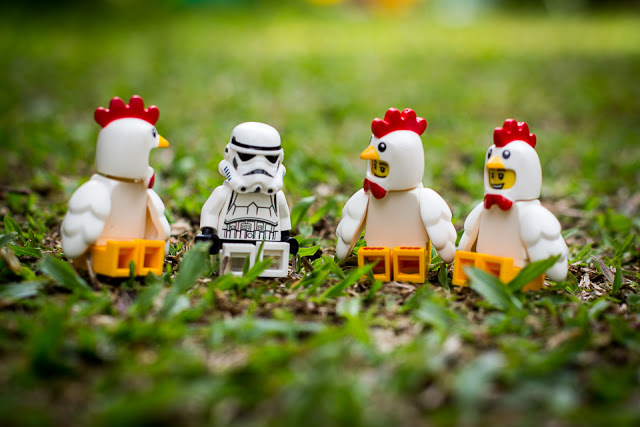 I say Americans, as in U.S. inhabitants, because coming from a small, redneck town in Canada, I haven’t had the same experience around this topic.

Here are the actual, more common and still considered apropos terms used: White (though usually there’s no reason to utter the phrase “white,” because it’s assumed, unless otherwise indicated—I live in a less diverse community ethnicity-wise); Black (we consider African-Americans¹ black dudes/dudettes from the U.S. even though Canada is technically part of the Americas—but that’s not how we think, people!

I’ve never once heard African-Canadian (or African-Mexican); Asian; East Indian; First Nations (there are tender issues on this one, and although the “correct” label keeps changing, this one seems to have stuck around for a while); European; and Mexican (though relatively few chili pepper compadres decide, for some silly reason, to brave the cold north and migrate to Canada, it seems Mexicans still outnumber other Latin immigrants so they get grouped together unless otherwise indicated).

I’ll leave out the slang terms for ethnicities, not because I want to refrain from offending, but because I don’t know enough of them to make a respectably literate example. I’m sure you know a few.

The thing I do know is that no matter how each ethnicity is addressed, it’s not about the term used. It’s about the intention behind the comment.

The fact is that stereotypes started on good standing.

Bear with me here… In other words, a stereotype is formed from some grain of truth even though it may not or no longer have any validity.

My little Mom (the spicy half of my parents) uses the phrase, “On Mexican time.” My sister-in-law, also Mexican, uses the phrase. I’ve traveled throughout Mexico on several occasions and have spent extensive time there. It’s bloody hot in much of Mexico, which makes it challenging to get things done in a timely fashion. (I, for one, have a more difficult time working in the heat.) It’s also about a relaxed, chill attitude.

Generally speaking, the Mexican people as a whole aren’t consumed with rushing around being stressed out. They probably think the Gringos among us are nuts. (They’re right.) But, I’ve also seen some seriously sweaty brows on the “Latin” gardeners around Los Angeles—they work hard. And, yes, 98.7 percent of the yard maintenance crews are jalapeño-poppers. (I made up that statistic, but it seems right.)

And sorry to be the one to tell you this, but if jalapeño-popper is offensive to you, you might be a closet racist. Smarten up.

Every time we take notice and shake our fingers at politically incorrect innocently intending language, we’re essentially drawing attention to our differences and to the negative associations that continue to be derived from them. We perpetuate unconscious discrimination-based thinking.

I’m not saying you should start throwing around terms that have a strong negative vibe—you can check with Paula Deen for what never to say, like, ever—but I am saying that maybe it’s time to lighten up.

Again, as there were mostly white folk where I grew up, and a lot of good-hearted, foul-mouthed rednecks at that, I didn’t experience other ethnicities outside of TV until I grew up and went exploring in the world. For real, people!

I’m curious about this whole what’s the right thing to say? because I’ve been hearing different terms coming out of the mouths of my African-descent acquaintances here in the States, but I have been too much of a scaredy-chicken to address it.

The other day, I was in a conversation with my housemate, Mermaid, and a friend, Tango, a beautiful black man born in Nigeria who grew up in the UK. We were having a conversation about something completely unrelated, but then I noticed that he described someone in the story as ‘black.’

I jump on the chance. “Hold the phone! You just said he’s a black guy.”

Then we get into the conversation about origin—of course, all ‘black’ people came from Africa originally—but also secondary origin, as in where you grew up, which brings us to the same conclusion as the Canadian version of etiquette I opened with.

I feel triumphant: “So, see, you don’t say African-European, so I don’t get why saying ‘black’ is offensive.”

My housemate, Mermaid, of course has the right answer, “Because of the whole slavery thing here.”

I ask, “Okay, but that’s the past. Respect the past, but how will a country ever heal and move forward in love and equality if its people continue to live in hateful memories? Hitler killed a lot of people, but should we punish a German child born today for it?”

Mermaid waves her hands in the air, “Oh, I agree, but you’re dealing with our whole culture. A white dude can kill someone and get off, and a brother gets caught with a joint and is jailed for life.” (Mermaid teaches inner city kids about life and finance. When ‘they get it,’ she comes home with tears in her eyes. She calls it her heroin.)

Mermaid’s statement is true more often than not. It’s a stereotype that makes my heart sad. I understand a little more—even if I don’t like it (I don’t)—why having this conversation is awkward. And I think necessary for our evolution and allowance of new stereotypes to form.

But let’s not forget that some stereotypes are embraced by their respective cultures—at least let’s consider these generalities, though of course these don’t account for individual specifics, but you know what I mean. (Don’t you?):

No, I didn’t forget white people. What are we known for? Colonialism. Our privilege. White people mostly just got lucky because otherwise we wouldn’t still be having this conversation.

If we look for the love in our hearts, it won’t matter what words it uses.

What have I (re)learned?

Until the rest of the world feels the love I have in my heart, I may need to choose some of my words in such a way that won’t confuse or offend. Or at least offer a disclaimer along with them. I grew up with cultural blinders resulting in my innocent ignorance and there’s much I don’t know and/or can’t relate to. As my editor tells me this stuff runs deep. But, then again, if I filter myself, I’m part of that perpetuation, now aren’t I?

¹My editor sent me this link on the what’s-what of hyphenating African American, which so makes sense! We decided to go with literary flow, just so you know. Thanks Coreen.