The Fat of the Land. ~ Tabitha Farrar 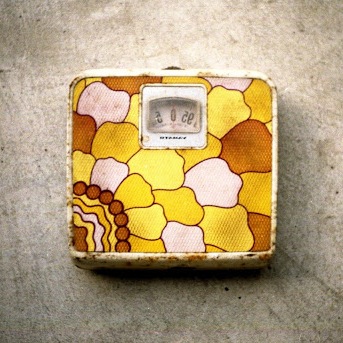 In the 16th century “the fat” meant the richest, choicest, most rewarding part of something.

William Lambarde, in A perambulation of Kent; conteining the description, hystorie, and customes of that shyre, 1576 wrote:

” This Realme… wanted neither the favour of the Sunne, nor the fat of the Soile.”

And Pharaoh said unto Joseph, Say unto thy brethren, This do ye: lade your beasts, and go, get you unto the land of Canaan;

And take your father and your households, and come unto me: and I will give you the good of the land of Egypt, and ye shall eat the fat of the land.

So how is it that now “Fat” is a dirty word?

In the 1960’s the Seven Countries Study (Ansel Keys) was published that claimed to find that fat was responsible for heart disease. Governments and health officials were fast to jump on the low fat recommendations for a healthy lifestyle and due to these recommendations many of us embarked on low fat diets.

It is only in the last few years that science has recognized that the Seven Countries Study may have been fundamentally flawed. Due to the recommendations that Keys made in this study, in the last 30 years Americans have lowered their fat consumption by 10%—conversely though, obesity has doubled!

When my battle with anorexia began at 18 I eliminated fat from my diet completely. My daily goal would be to consume not a single gram of fat and I existed on vegetables and fruit. Fat represented to me indulgence, dependency and lust. My secret yearnings for it disgusted me and in restriction I found solace and peace.

Eight years later I began my route to recovery, I nervously explored new ground and cautiously allowed some low fat into my diet.

I continued to live by the low fat recommendations which appealed to my restrictive nature, I still had science on my side after all. I avoided butter and cream, bought skimmed milk and considered cheese to sit on the right hand of the devil. The result of my low fat diet and fat restriction was binge eating. I would cave to my bodies desire and return to the fridge in the small hours of the night for a frenzied fat fest.

My inability to control my lustful impulses toward fat vilified it further. After all, Satan is the most seductive of temptresses.

But my heart continued to disobey. Fat beckon and called with a persistence that hounded me. To indulge—as I might find myself doing in moments of weakness—in sweets and cake would lead to feelings of lethargy and irritability, my bodies confirmation that these foods were not helpful. But to indulge in healthy fat would lead to no such hangover. Just the reverse.

To indulge in good fats would leave me feeling—happy, satisfied and abundant.

As I continued to heal my relationship with my own body I knew that I had to work on my relationship with fat. I dared myself on a regular basis to eat something out of my comfort zone for lunch such as cheese, or to buy the full fat version of hummus rather than the lite. One day after reading up on the additional sugar in full fat milk I promised myself that from that moment on I would only ever use whole milk in my tea. This decision and promise brought with it a profound feeling of peace.

I had given myself permission to see fat as something health giving rather than sinful. I felt empowered.

From here I embarked on a revolutionary journey into fat. I began to see healthy fats as not the seductress but the nurturing silk of mother nature.

And recent science is confirming  what my body was telling me about this was right. Fat is good for me. Fat is glorious and fat is essential.

The emerging opinion is that we were utterly wrong when we labelled fat the bad guy!

In 2010 a meta- analysis of 21 studies and 350,000 subjects it was concluded that saturated fat is not to blame for the risk of coronary heart disease. Meanwhile some of us in the food psychology field have noticed that the low fat diet yields a high rate of binge eating and other not so desirable effects. It seems that without fat the body fails to feel satisfied and continues to search for food and this results in people eating more than they need.

Current research now suggests that a small amount of saturated fat is in fact good for us. It positively affects free testosterone levels, strengthens the immune system and the health of the plasma membrane in ones cells.

Monounsaturated and polyunsaturated fats are labelled good fats because they can improve blood cholesterol levels, ease inflammation and stabilize heart rhythms. Harvard School of Public Health has recognized that cutting back on saturated fats is of little benefit unless one increases one’s intake of unsaturated fats.

The issue has been that where people have been advised to cut saturated fat, they have substituted in carbohydrates and sugars rather than healthy fats, thus leading to higher rates of obesity.

Trans fats such as margarine have achieved the remarkable in that all areas of research agree that trans fatty acids do a body no good. Partially hydrogenated oils used in frying foods, baked goods and processed snack foods show negative health effects across the board.

Although the different types of fat have a varied—and slightly confusing—effect on your health the basic message is simple: Less of the bad, more of the good. You can do this by choosing foods with healthy fats, limiting foods that are high in saturated fat, and avoiding trans fat. Keep in mind that replacing saturated fat with refined carbohydrates will not protect you against heart disease and may even raise your risk.

But there is solid proof that replacing saturated fat with unsaturated fats will help lower your heart disease risk. For some of us, this has meant that we have had increase our intake of friendly fats, which can be a daunting step in light of what we have been taught over the last few decades.

Daunting because one knows that fat of all types are higher in calories than protein and carbohydrates, so over consumption can lead to weight gain. However, many of us that have changed from a low fat diet to eating full fat options have noticed that due to feeling satisfied we are no longer snacking in between meals.

I have certainly noticed that I do not feel inclined to snack, nor do I feel the need to eat as much quantity of food. I have certainly found that my overall feelings of happiness and contentment have increased as has my vitality.

I now see fat as an exquisite form of self love and nurturing, in truth I guess I always did. The difference was that before I would not allow that self love, or anything that represented as such. Thus denying fat, my metaphor for all things that I wanted yet feared, became a fixation point for success and strength.

By turning back to look fat in the face I was forced not only to recognize desire, but to see its beauty, and eventually to allow it in.