The Life & Death of God in Modern Times. 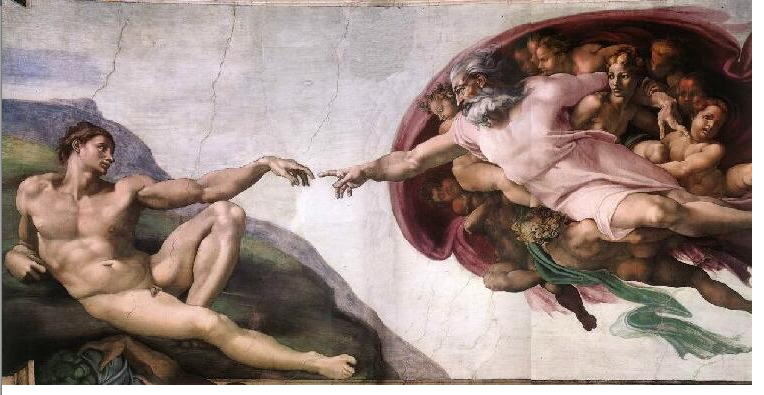 “{Signs} do no more than denote the objects to which they are attached. A word or an image is symbolic when it implies something more than its immediate and obvious meaning. {There is} a wider unconscious that is never precisely defined or explained. Nor can one hope to define or explain it.”

When the word ‘God’ is used it typically refers to an anthropomorphic  God—an extra-terrestrial super-human who, having created the world, is charged with laborious task of overseeing its day-to-day operations. It this sense, God is a sign or a statement. It is an attempt to explain the origins of the universe and/or the dynamics by which it is governed, which is a scientific statement and therefore must be verified by the scientific method.

Of course, creationism cannot be scientifically tested. As a result, believers often find themselves at odds with physicists and biologists. But as the famed mythologist, Joseph Campbell, once observed, the conflict is not between science and religion. The conflict is between the science of the 21st century and the science of 2,000 BC.

Fundamentalist cling to an antiquated explanation of the physical universe, and in doing so overlook the essential concern of religions thought. Religion is concerned with salvation. The word salvation comes from the Latin word salvus, meaning, “wholeness, completion, good health.” Sure, for centuries religion was a catch all. Everyone from Jesus to John of the Cross took the Bible’s creation story for granted to some degree. This does not make them apocalyptic lunatics.

They took it for granted because it was the science of their day, but it was never their chief concern. They dabbled in a little bit of everything, but their wheel house was always the health and maintenance of the soul—man’s inner life.

The word ‘spirit’ comes from the Greek word ‘psykhe’ or psyche. We tend to associate the term psyche with the brain, but the Greek word to which it owes its origins has a subtler meaning. The spirit is the breath of life itself, as in the animating force breathed into Adam’s body giving it life. The psyche or the spirit is the image of God, so to speak.

The image or the symbol of God {imago dei} refers not to a reflection of the anthropomorphic super-dad, but the “ground of being,” as renowned Protestant theologian Paul Tillich suggested. The image of God is the Mosaic experience of “I am-ness.” It is the very seed of life planted in the heart of man. It is the Logos—the vastness of the human condition, stretching from the cerebral world of modern man, down into our more ape like instincts, continuing onto the same basic intelligence that turns a plant towards the sun, all the way back to the fundamental atomic energy that forms our universe. It the original sound of which everything else is but an echo.

The most astonishing part is that we have access to such a transcendent experience, as this mystery is embedded in the collective repository of the cosmos, the human body. Meditation, yoga, prayer are the archaeological tools offered to us by tradition to excavate our inner lives and reclaim the great wealth of the human condition.

Simply put, signs are definitions or explanations, whereas symbols are gateways through which we can enter into the experience of mystery.

When God is used as an explanation it is fundamentalism or faux-science; when God is skillfully employed as a symbol it is a portal through which we can enter into the power of being that animates us all. In the words of the famed mythologist, Joseph Campbell, “a symbol is a sign that points past itself to a ground of meaning and being that is one with the consciousness of the beholder.”

When God is used as an answer that closes the door on the sense of awe and wonder—the experience of fathomless space—that arises when contemplating the origins of the first spark of light or the first breath of air, it is the antithesis of faith—a closed-minded sort of intellectual stuffing that prevents our heart from moving into the realm of the unknown.

On the other hand, when God is taken as a metaphor for the transcendent experience of awe and wonder it is revealed to be, not an answer, but an invitation into that existential mystery that sits at the center of our life, breathing us and everything in this world into being.