Tranarchy: “Wow, I never would have guessed, you look like a real guy!” 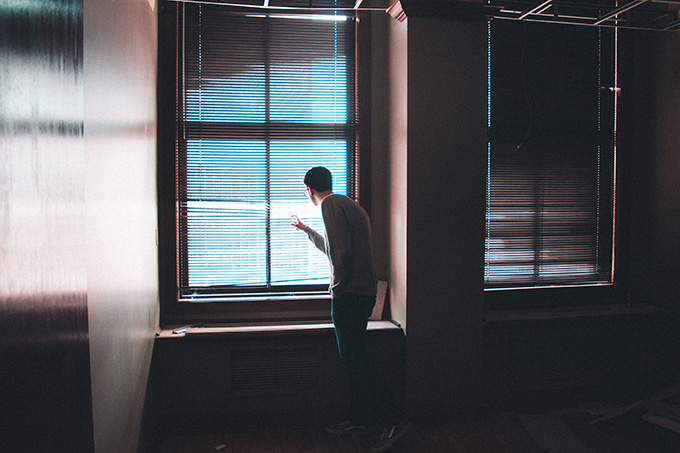 I was a cheerleader for my high school.

I had long curly hair and a hot boyfriend that, I quickly learned, if I lied about and hid the abuse, my friends would be jealous of our relationship.

This doesn’t mean a lot if you’ve never met me. The anorexia, bulimia and cutting wouldn’t shock anyone in a story about a perfectionist cheerleader. Even the six months I lived in an inpatient psych ward would probably only add to this cliché.

The stark juxtaposition only comes when you see me. I am a short, tattooed guy who can now (almost) portray the male cliché. I have ridden motorcycles and dirt bikes, been a professional cage fighter, and worked as a paramedic/firefighter.

I have lived both sides of the clichéd gendered spectrum.

I know the pain of trying to be the female in male dominated fields—being told I should go to nursing school instead of paramedic school, finishing at the top of my paramedic school class but the last to find a job because they weren’t sure if it was a “good fit.”

I know the fear and pain of rape and assault that was blamed on me for being “too flirty,” when I just thought I was being one of the guys.

And though I am not proud to admit—I also know what it’s like to laugh at girls and call them whores, hoping no one could see any female left in me.

I grew up in a happy enough home. My parents were still married and I was able to slide by unnoticed. Unnoticed was good when destruction was my goal.

I used every free chance of privacy to harm myself. By eight years old, I knew that if I made myself throw up enough, I could stay small and not have to grow breasts or menstruate. I learned to hate myself, but, during this time, I also learned to love to write. I would hide away and create worlds for myself where I could be anything. My parents loved me, but weren’t used to raising an introvert, so assumed they would notice if anything was wrong.

I was 18 when they noticed.

A family member commented on my small frame and forced me on a scale one Christmas. The line stopped on the 79 pound mark and my parents became defensive. They didn’t want to admit they never saw past my smiling mask.

I ended up in the hospital that week. It was there that I decided to tell my extremely religious parents that I was a lesbian. I knew how terrified I was of the word transgender, so I didn’t even think to say that. I decided lesbian was a good middle ground. At least, I thought, if they tried to kill me, I was already in the hospital.

It was through gaining this middle ground of at least being in the LGBT community (albeit, as the wrong letter) that I found my desire for strength. I wanted to be as masculine as I could, even if I had to be stuck in a female body. I started mixed martial arts and quickly progressed to a professional level. I got into paramedic school and the fire academy, and, eventually, was able to find a job.

However, even after all of that outward success, I wasn’t happy. I was looking at all of the answers but avoiding the question. I was afraid of the question.

Being transgender was and is terrifying.

It is like being one of those pieces of glass that is a mirror to the half being watched, but a window to the others. I’m invisible to most, but on display to everyone in my life. I had to go from being a private person, to having my entire transition front and center—every embarrassing aspect embraced, celebrated or ignored.

To those I am invisible to, it is because I look like the average guy. That leads to my favorite line,

“Wow, I never would have guessed, you look like a real guy!”

Thanks… I guess. It always conjures the image of Pinocchio begging to be a real boy. Unfortunately, he actually had wood that could grow. I feel like a real boy. I suppose I believe the liberal agenda.

I hated whenever any trans issue was in the media because I’d read it and feel a glimmer of light being shown on this imperceptible community—that we are not all campy drag queens (even though I happen to love campy drag queens). But then I would do something you are not supposed to do, I would scroll down past the article celebrating the trans community to the comment section. Hundreds of people stating how disgusting or weird my brothers and sisters are, and worse: the hateful, homicidal acts as written comments.

If I have to read the, “So if I just want to be called a bunny, you have to call me a bunny?” question posed one more time, I think I will drop kick the entire Fox News Station. (In case you were wondering, that is, in fact, the trans* equivalent to the Republican “So, if I just wanted to marry a goat…” argument posed with gay marriage.)

I knew what would happen if I transitioned. I would have to quit being an MMA fighter. Pro-fighters get tested for “performance enhancers,” which my testosterone would be considered. I knew I faced losing my job or being harassed into quitting, which I was. The paramedics I worked with were not a very open-minded bunch. I knew I risked losing my family, and whilst my parents remain supportive, I am disowned by everyone else.

So, was it worth it?

Was coming out worth risking everything and losing an identity I had worked so hard to create?

Yes. It was and it still is worth all of it.

Through gaining a real masculinity, I have learned I don’t need a forced one.

I have learned I can embrace my passion for writing and an emotional side without feeling my masculinity compromised. Through discovering myself, I have found so many different ways to view and write about the world.

I sometimes feel like I’m an undercover agent who gets to live two separate lives. I can be inside the brains of both my male and female characters, and know intimate details and secrets not usually shared across the gender line.

I have also accepted that being a paramedic is not who I am supposed to be. Despite the hard work and satisfaction I got from that job, I learned I would prefer to not only help people survive physically, but help people really live.

Reading and writing kept me alive. If I couldn’t find characters in books like me, I would invent them. Sometimes uprooting a fake-plastic-plant-life and replacing it with a real flower is the answer. Yes, that answer requires a lot more work. It is daunting and involves risk. That plastic fern will never die, but only that real tree can create an apple. In this world, where everyone thinks the fake is better buried in the one and a half inch green grass, I say join me and grab a shovel.