What Does Your “I Love You” Mean? 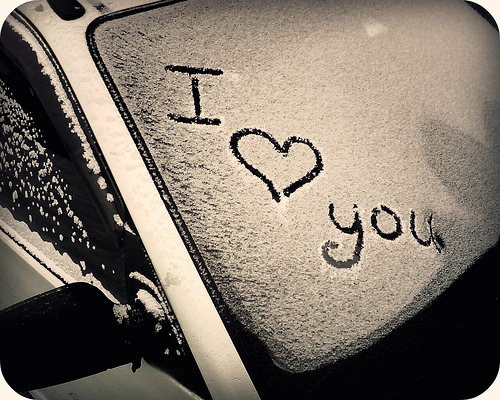 “To love without knowing how to love, wounds the person we love.”

Are you ever guilty of over-espousing your love?

Do you say, “I love you,” to those you love whenever you can, to their discomfort?

Maybe your partner is this way—and you don’t know why.

I didn’t realize I expressed my love excessively until my mid-20s. I had a roommate who, after many uncomfortable months of living together, finally told me that she really didn’t want to hear/say “I love you” every time we saw each other and said goodbye. Which was a lot, since we not only lived together but also both worked from home.

Mind you, this wasn’t even a romance or an unrequited romance.

Honestly, I can see how that would be a bit much. She’s far from effusive, while being perfectly healthy and she was trying to draw her own boundaries. I was mollified and had no idea how anyone could survive without telling someone you loved them 10 times a day.

(Sure, it was related to being orphaned at age 19.)

I can pretty much guarantee that I didn’t really mean, “I love you” each time I said it to her.

Sometimes it meant, “I am really pissed at you right now and I hope by telling you I love you that you will apologize.”

Sometimes it meant, “I love you.”

When I met the woman I eventually married, I ran into some similar issues. I was the first to say, “I love you,” and she took her time saying it back. A friend who’d been married 15 years at that point warned me that once you start saying, “I love you,” it’s hard to find anything that good to say. She joked that early on in her relationship, she had to keep upping the ante, since by the second date she’d already said, “I love you.”

“It wasn’t long before I was saying I would die for her, just to have a more dramatic way to express how much I cared. I love you just wasn’t enough anymore,” she groaned.

My wife never complains that I say I love you too much to her. However, after a couple of years of being married, I settled down enough to become curious about what I was saying when I said it so often. I got back to my ponderous translations—when was I using this rich, intense phrase to manipulate? To investigate? To supplicate?

After a friend’s father died when we were both in our 20s, he called me, crying.

“I never told him I loved him.” He was referring to a conversation we’d had years before, in which I asked if he ever told his parents he loved them. “I don’t have to,” he said, “they already know that.” I say this because of course, there’s the other extreme—in which we do not say, “I love you” at all.

For me, not saying I love you has never been an issue. I say it too easily. It seems like a vulnerable thing to do. However, somewhat similarly to never saying, “I love you,” for me, saying it too much is actually a defense.

Either way can be a problem—too much, too little. Or, even if we say it just the right amount, what good is it—and in fact, what damage it can cause—if we overuse the words? Is there a middle path of expressing love?

Thich Naht Hahn says in his book Teachings on Love: “When someone says I love you, it may be a lie. It may just be just be an expression of desire.” I think what he means by this is not just that they may not love you—that’s a bold lie. I think he also means it could be a slight, subtle lie—an exaggeration, a misstatement for that moment, a way of saying something else all together. Even a saccharin cover-up for other, more complicated and hard-to-express emotions.

Pema Chodron mentions that when you are impatient, we should stop and wait. You also have to shut up, because if you say anything it’s going to come out aggressive, even if you say, “I love you.”

In my post All the Ways We Apologize, I noted that my mom warned me not to say “I’m sorry,” too many times, lest I not mean it when it’s really needed. I think I have developed a similar self-inquiry about this common phrase in my life, “I love you.” I want to keep exploring all the ways we shortcut what we really mean to say with these three little words.

Won’t you join me?

Not in some kind of investigation. Not to accuse yourself or your partner of hiding how they really feel. Rather, an invitation to be curious and open to this super-loaded, over-used, three-word statement.

But really, on any day. 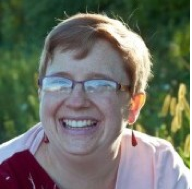