Breaking Up: When You’re The Bad Guy. 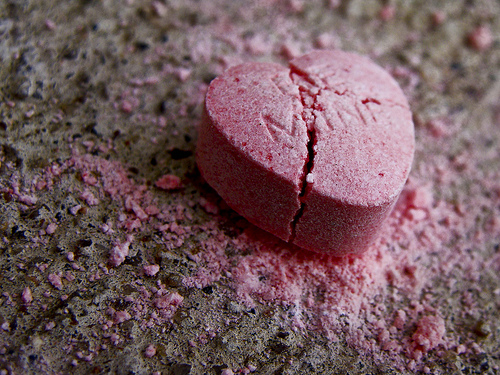 “They say that breaking up is hard to do.”

(Which is very much like saying that Hitler made mistakes, but his heart was in the right place).

There are all kinds of breakups, and all of them are horrible. If you didn’t see it coming, it’s a shock, a pulling out of the rug that requires you to change the way you look at everything. She fell in love with somebody at yoga. His old girlfriend wrote to him on Facebook and he wants her back.

Two days ago you were in Ikea looking at sectionals, and today you’re done.

If you saw it coming, it’s not a lot better. You felt the ungluing, the creeping irritation, the subtle replacement of comfort with discomfort and doubt. You knew she was making a ridiculous effort to look good before going to yoga class, or that he kept smiling while he was at his computer and when you asked what was funny he said “nothing.”

The worst kind of breakup, and you may not believe this, is when you are absolutely sure it’s your fault. Sometimes it’s as plain as this: you fell in love with someone else, or got bored, or decided that your happiness depended on taking a job in another country.

Sometimes it’s less clear. Things were slipping and you let them go, watching your inaction snowball into a gigantic, rolling mass of unfixable crap because you just really didn’t care enough to stop it. You were passive, but far from innocent.

Or maybe you’re just positive that things fell apart because of your inherent badness and wrongness. You clung too tight, complained too much, or picked fights even though she warned you that she needed space/peace/freedom from conflict. You basically drove your beloved away.

In the end, you are pretty sure that you’re the Bad Seed, the person who decided, consciously or otherwise, to be done.

The reason it’s the worst kind of breakup is that you can’t claim that you were a trusting person, acting in good faith who got hurt by someone else. You can’t really justify staying home from work and sobbing into your ice cream because you chose this outcome. You are responsible. Guilty. Not a victim, but a perpetrator.

Even if you are lucky enough to have people in your life who rush in to help, to buy you a beer or get you more ice cream, it’s different when you think it’s your fault. No matter what they say, those well-meaning friends, you know that you’re a fraud.

It doesn’t feel like it does when you’re the innocent victim and you can relax into the deep, warm bath of support. You can’t accept statements like “you deserve better” because you deserve nothing so much as to be bitch-slapped in the town square followed by a public reading of your transgressions.

The best news about this worst kind of breakup is that it is not your fault. Whatever happened was supposed to happen anyway, and you have to trust me on this because I’m probably a lot older than you are, and I know things.

(The only thing you need to feel guilty about is hurting someone needlessly. If you did that, if you were cruel, if you said hideous or untrue things you should probably apologize. If you cared about them enough to become coupled, you owe them that. If they are human, you owe them that).

If you went the direct route and ended things because they weren’t right for you, you have conducted yourself honestly and with integrity. You have freed two people to find better relationships and greater satisfaction in life

If you let things slide, you are at worst, only partly responsible. Maybe neither of you wanted to be unkind, or face the prospect of being alone. That’s not the basis for staying with someone for the rest of your life.

If you believe that you drove someone away by being yourself, I can promise you that you’re wrong. If you really believe you have deal-breaking behaviors, you might want to address those. Address them for yourself, though, not because they bothered someone else. A person who is good for you will not necessarily love being nagged, or going over your 1,845 insecurities on a daily basis, but they will want to help you get to a place where you can stop.

Beyond that, no guilt and no regret. It was real, it was important, and it ended as all things do.

And you are not your breakup, but a vital, growing thing moving towards the sun.