5 Benefits Gained by Sleeping with Our Little Ones. 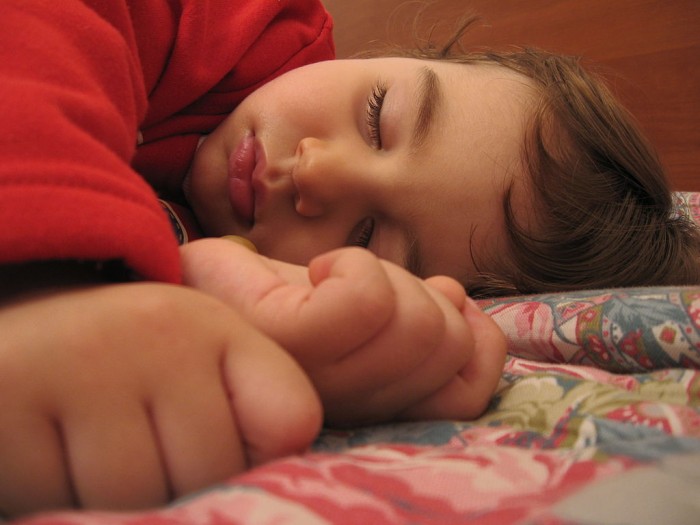 I have three precious children and all of them slept with me and my husband when they were young.

When I found out that I was pregnant with my first baby I did what many expecting parents do in the United States: I set up a nursery with a crib, dresser, rocking chair, changing table and everything else that I could think of that my little one might need. I painted, bought special artwork, just the right accessories, etc. This completely occupied my time, depleted my bank account but, admittedly, it was a beautiful room to look at once it was finished.

There was only one problem—the room was barely used! In fact, while I was very pregnant with my second child I sold my first child’s never used crib to a very surprised and confused looking pregnant lady. She didn’t ask why I was selling it, but truth be told, I just didn’t have room for the crib at that time and I knew that keeping it would be pointless. The only thing it had ever been used for was to store the cloth diapers that I never folded.

By the time my firstborn was about four, we visited a good friend’s house and the mother went to get her infant up from her nap in her crib. My son eagerly followed her along to see the baby and then suddenly ran back from the baby’s room looking terrified as his eyes welled up with tears. He then loudly asked, “Mama, why does she keep her baby in a cage?”

Needless to say, I apologized profusely to my friend while trying to comfort my son. I explained to my son later that everyone does things differently and that what is right for one person might not be right for another. It does, however, make me chuckle in an uneasy way when I think back on his reaction and words that day. I guess I found out that he literally viewed cribs as cages.

All three of my children ended up sleeping with my husband and me for the first two to four years of their lives.

Much of this had to do with the ease of nursing. I could lie on my side and sleep while my babies ate their nighttime meals. More sleep for mom and dad made for a happier house and hence, happier babies.

Of course there were some people who were critical and thought that our babies would be smothered or that they would be exposed to sex in the marital bed—gasp! Luckily for my husband and me, the old nursery made a pretty nice love nest once the crib was sold and replaced with a bed (she wrote with an all-knowing grin).

I became very creative, yet polite, with my comebacks to other people’s inquisitions. For instance, if I was told that I would roll over on my baby, I would gently ask the person if they instinctively knew, while asleep, where the edge of their bed was, because I surely knew where my babies were. That usually did the trick.

I have always believed that these people had the best of intentions when giving me advice and I was always polite about my replies.

I am the first to admit that there is one real concern when it comes to sleeping with your child—If you have been drinking alcohol or taking a drug or medication that impairs you, it truly is best not to sleep with your little one, as I believe that these are the situations which lead to the tragic cases that give co-sleeping a bad name.

There are so many benefits that I personally gained from having a family bed:

1. I instantly knew if my children were sick and needed me to care for them.

If they had a fever, I felt it right away. If they vomited, I didn’t have to worry about them choking without help.

2. I didn’t have to worry about them being out of my sight during an emergency.

I am a bit paranoid of earthquakes and fires and having my young children with me let me sleep easier.  Now that they are older, they have the capability of taking action if an emergency were to occur.

3. It was easier on me and my husband.

Neither of us had to get up and schlep to another room when a baby was hungry or needed something. In addition, because we could quiet them so quickly, they usually didn’t stir to the point of completely waking up for hours at a time.

4. My children never suffered from nightmares.

Granted, I have no scientific research to back this one up, but none of my three children has had a major problem with the dark, nightmares, or imagined monsters under the bed.

5. My children rarely complained about going to bed.

In my house bedtime was a positive occasion. We had snuggles, reading and nursing when they were young. (If I were a baby, I tend to think that would be pretty great too!)

The last thing that I have to share is something that a lactation nurse talked to me about. She told me to imagine a string of beads. Each bead represented a year of my life. She then told me to visualize all of the beads as being white except for the years that would be spent nursing and co-sleeping with my children. Those could be a different color.

So if you think about living 85 years and in my case six to seven of those years were spent with children in my bed, it was a very good visual to see how little time that I actually had them with me. I have found this tool to be helpful in many areas of my life when it comes to my children.

Our earthy lives really are that short and investing in our children the way we feel is best for them is worth every minute, hour and night spent.

> What Does Your Sleep Position Say About You?