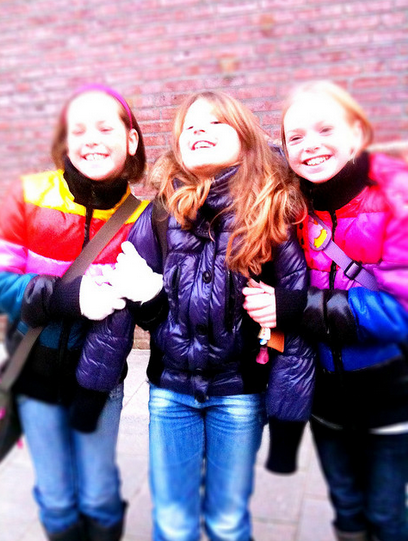 My friend asked me to write something about friends.

“What did you mean?” I asked her. She replied,
“Oh, something about how you make friends as an adult. People seem to have difficulty doing it.”

I laughed and told her I would think about it and I’ve come to the conclusion that she was thinking of, and asked, the wrong person.

I’ve always been the type of person to have a closely-knit, or closely-numbered, group of friends. At different times in my life I’ve had a lot of acquaintances—but the types of people who hold your hair back when you puke, or the ones you make care packages for, or the ones who still know exactly the thing to make you laugh at any given moment—those kinds of friends are rare, and I hold them dearly.

I’m also famously shy, and have an aptitude for saying the most awkward or unexpected thing in groups of people, mostly because I’m desperate to say the exact opposite, and that rarely translates into a good new-friend making ratio.

Then I thought about it some more.

I have been desperately insecure about myself at various times in my life.

Growing up I was bookish and sensitive, never picked first for the basketball team, and always left to my own devices at recess—even though that period was nobody’s “fault” , I internalized, sharply and deeply, that feeling of otherness, or of difference, which feels a lot different than being called “unique” or special.

It’s taken me a long time to work through those feelings, and it’s really inhibited my confidence in making friends. Once I am a friend, I’d like to think I am a good one, but it’s the getting there that is curiously mysterious.

After my friend suggested this topic to me, I sat down and thought of my close circle of friends and saw that they were pretty “traditional” (if only in the ways I made them).

When I did a bit of research on the subject, (by googling “where do people in their 30s make friends?”) one article told me that those were the top three places to make friends, once we’d gotten beyond the “university age”: school, work, and the dog park. I’m not kidding.

My Ottawa friends I met (directly or indirectly) through volunteering at my university. My Montreal friends I found through both work and school. In Toronto, my friends come from the various jobs I’ve had.

I have a dog, and we frequent dog parks. I’ve made a lot of acquaintances that way, but only one friend (where we see each other at each other’s houses, text regularly, and have more in common than our dogs).

So once we reach a certain age, once we’re locked into a job, or feel like we have a certain identity, once we’ve maybe chosen a family or had children, and are more busy doing our own thing than ever before, how do we make new friends?

Specifically, if you’ve already made friends in school, work, and at the dog park, where are the new and more original avenues of connection?

Well. The majority of the research I’ve done seems to say that, after 30, we make new friends doing a hobby, volunteering, or in some group of like-minded interest.

That makes sense. Even though I write most days, I do that in my home a lot to save money, but I’m not going to meet anybody here except my roommate on the way to the kitchen.

Beyond writing and reading and walking my dog and seeing the friends I already have, my other hobby is yoga. My studio is lovely and the people who practice there seem lovely, but they either do one of two things: either they already seem to know each other from outside of the class (and keep up an intimate conversation between themselves), or they practice and leave.

So, to answer my friend’s question, “can you write a post on how to make friends?” my answer is: not yet.

My close friends come from those areas of life where it is easy to make friends, and my “newest” friendship in Toronto is a few years old, at this point.

I have never been able to make a friend through a hobby, (I could tell you one mortifying story that took place at a crafts evening, but I won’t), and I am not sure how to go about making one: I have a lot of free time lately, but not a lot of other people around my age do.

So, this post is going to be the first in a series, I think. I am going to dare myself to make one new friend in one month. The conditions are that I will tell the new people I meet that I am writing about trying to make friends.

As well, in order to be considered a “new friend”, we will have to hang out, at least once, outside of our place of meeting.

As I’ve mentioned, my hobbies are pretty solitary (see: introvert. See also: recharging the introvert), so if I’m going to properly do this challenge it means I’m going to have to get out of my comfort zone a little.

So, in the next month I will get involved in a new hobby. I will go to more events than I have been, so that I can meet new people at those events.

I will try to be authentically myself even in situations where I’m completely out of my element, just so that any potential new friends will be attracted to the real me. (What I mean by that is I’m acknowledging this kind of scares the crap out of me. I’m going to be nervous).

And hopefully, when I get to the end of the month, I will have both at least one new friend, and an idea of how I can make more of them.

I promise to share my journey with you, and the results of this little experiment, in exactly 30 days. 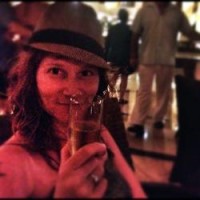