The Problem With the Gluten-Free Diet Trend. ~ Candie Borg Cardona 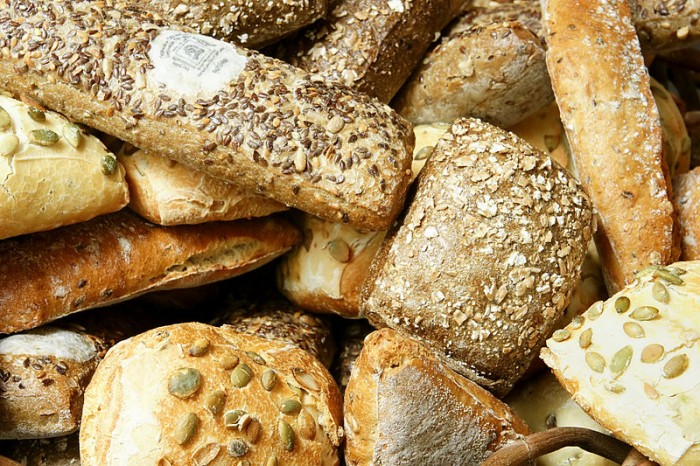 ‘’Gluten- free” is the latest cliché in the world of trendy diets for some, but it is a necessity for others.

How has ‘gluten-free’ become a trend?

Until a few years ago, the gluten free diet was mostly followed by people with certain medical conditions that warranted this diet to prevent a wide range of symptoms and complications.

This has changed: the gluten-free industry has exploded with people claiming that gluten is evil to the body. Gluten-free products are being marketed as healthy, and some people are following the diet simply to lose weight. Although eating products that are naturally free from gluten may or may not lead to weight loss, replacing gluten containing products with their packaged gluten-free counterparts definitely will not.

I have been following a gluten-free diet for years, and my dreams of becoming a ‘bikini-tastic’ Victoria’s secret model have long been gobbled up by my ever increasing waistline. Gluten-free products tend to be high in sodium and saturated fat. They may also be lower in fiber, iron, folic acid and B vitamins. In fact, no benefit has been found in excluding gluten from the diet when there is no medical condition to warrant such elimination.

Sadly, some people seem to have difficulty separating the facts from the fad, with the result of mockery of those who actually need to follow the diet.

This is made worse by articles written in the media that are full of inaccuracies about the diet, or that are apparently written in jest.

In one particular article I came across recently, the author claimed that she wished that she was allergic to gluten because her life would be so much easier.

First of all, if anybody made a claim like that about any other disease, it would not be funny, and rightly so. If diabetes, cardiac disease or cancer are not funny, what gives people the right to write an article ‘in jest’ about celiac disease? And why would anybody actually find it humorous at all?

1) The term gluten allergy is not an accepted medical condition. The correct terms are celiac disease, non-celiac gluten sensitivity (NCGS) or what is known as gluten intolerance and wheat allergy and they are three different medical conditions.

2) Celiac disease is an auto-immune condition that affects approximately one percent of the population. When gluten is ingested the immune system is triggered to attack the small intestine. Repeated ingestion of gluten results in poor absorption of nutrients from the small intestine and if undiagnosed can lead to infertility, osteoporosis, anemia, neurological problems, tooth decay and in a small percentage some forms of cancer and lymphoma. The only treatment is a strict gluten free diet for life. Even a trace amount of gluten is harmful for celiac and an accidental exposure to gluten can lead to multi system symptoms.

3) People with gluten sensitivity experience gastrointestinal symptoms when gluten is ingested. Although it is not an auto immune condition, present guidelines suggest that these individuals can experience symptoms similar to those of celiac disease. No long term damage appears to occur when gluten is ingested. However research on this relatively new condition will hopefully give us more insight about this condition.

4) A wheat allergy is an allergic reaction to wheat, in which the person suffers from near-immediate or slightly delayed (by no more than a few hours) symptoms following a meal that includes wheat products. Symptoms are often respiratory in nature (stuffy nose, wheezing, watery eyes) but in the most serious cases can include difficulty breathing and shock.

I am sure any author or person who treats the gluten free diet as a trend does not realize that people with medical conditions that warrant this special diet spend their lives agonizing about dining out, reading labels to search for hidden gluten ingredients, worrying about cross-contamination and wishing that just once, they could join in with others without risking being labeled as fussy.

I do know that thanks to the rise in popularity of the diet, the gluten-free industry has literally exploded, with an ever- increasing range of products available. More and more restaurants and businesses are claiming to serve gluten-free food, although, at the moment, anybody can put a gluten-free claim on their product.

The gluten free diet is not as simple as having a burger with no bun.

I believe that too many are treating the gluten free diet as a joke. This is only made worse by articles and the media who continue to portray the diet as a fad. I assume that they have no clue about the facts about the serious conditions that warrant this, or they would not dare to make a mockery out of them. I think it is about time that they informed themselves.