Why the Intensity of Emotions Must be Honored & not Compared. 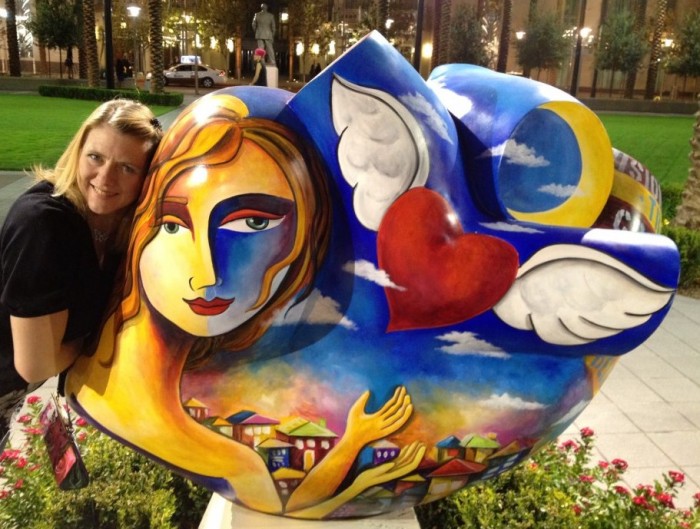 As no two hearts are the same, the comparing of another person’s emotions to one’s own feelings can be murky business, but one that I have certainly been guilty of in the past.

“Comparison is the death of joy.”

It’s easy to believe that our own emotional sensations are more prominent than another person’s or that others can’t possibly have lived through anything as emotionally intense as we have. As I’ve grown, I have come to understand that this was an immature thought process and faulty thinking on my part.

I am even guilty for doing this from time to time in the present day, but I’m getting into a much better practice of correcting my knee-jerk reaction and showing more compassion and empathy to others. I think if more people were able to gather some awareness and learn to do this that we would live in a much brighter and enlightened world.

Comparisons in general are usually kind of icky. Even the word comparison feels a bit “yuck” to me.

Who is to say if another person is better off, luckier or better looking,? The list of qualities can go on and on, and yet, when we apply this logic to comparing feelings, things tend to get uglier and more biased.

“How much time he gains who does not look to see what his neighbour says or does or thinks, but only at what he does himself, to make it just and holy.”

Unfortunately I have lived through a lot of hurt in my life. But I must remind myself that this is expected, as I have fortunately lived almost 45 years. And no one makes it even a couple of years without experiencing hurt in some capacity. It is a human condition. Just like love.

I have found that many people try to quantify their heartache and contrast it to another person’s experiences. My educated guess is that it simply can’t be done, as one person’s hurt is surely not comparable to another’s. It’s a hard lesson for most people to learn—myself included.

People may think that they have been through more pain and hurt than others but there is no measuring cup made to test this.

In fact, there is no imaginable way to figure out what it is like to be inside of another person’s heart and soul or to experience how they are processing pain. Just as I wouldn’t want to say to a toddler or a teenager that their puppy love isn’t true love, I can’t establish how painful an event (no matter how slight it may seem to me) is to another person.

It would seem to me that one person’s grief over a significant loss may be another person’s bad day.

We are all unique in how well we are able to process our emotions and cope with them on both a short and long-term basis.

This same analysis can even be applied when looking at emotions within ourselves.

When I was single, I dated someone for a considerable amount of time and when we broke off the relationship, I barely flinched. Well actually, I cried for a week or so, but then it was really over and I honestly never looked back.

On the other hand, I subsequently dated someone else for a short amount of time and from all outward appearances, it seemed I had hardly any feelings for him. Not so.

I pined for years over this much-loved individual who took up a large amount of real estate in both my heart and mind. And, this person is still dear to me and thought of often, whereas I have hardly thought of the first person throughout the years.

Here is a great quote about exactly this:

“Heartbreak isn’t always as loud as a bomb exploding. Sometimes it can be as quiet as a feather falling and the most painful thing is that nobody hears it but you.”

So what have I learned from the sum of my own experiences? That contrasting one’s emotions against another’s is similar to comparing physical pains. Some people have the grit and inner strength that it takes to run a marathon whereas others can’t walk around the block without great effort. And you might not be able to tell one person from the other by their outward appearance alone.

Does this mean that one person has a weaker character? I don’t believe so. Humans are fickle. Yep, we are inconsistent, unpredictable and ever changing from moment to moment. And this goes for pretty much all of us, from what I can tell.

And so it evolves for each of us in our own individual practices of not only emotional tolerances, but in all of our conditions of the mind, body, and soul. They really can’t be separated or teased apart from one another as they are all so intricately interwoven.

The bottom line is that we really can never feel what another person is going through and we certainly can’t expect to make a judgment call about their emotional processing or coping skills.

I have come to accept that we need to give everyone the benefit of the doubt when it comes to trying to understand their emotions and to take people at their word when it comes to how they’re doing instead of rolling my eyes over what I may perceive as minor issues.

This world is definitely in need of kinder and gentler people. Trying to get into the practice of not comparing our emotions to others (and not projecting our own emotions onto others), is one way to move in this more compassionate direction.

We are all precious souls that deserved to be cherished for our unique selves, without having to prove anything. Existing is enough.

Most all of us have heard of the golden rule of doing unto others as we would like to have done unto ourselves.

It’s time we begin living this right down to the core of practicing trying to be empathetic to each other’s feelings, especially our own.

Photo: Courtesy of the author.