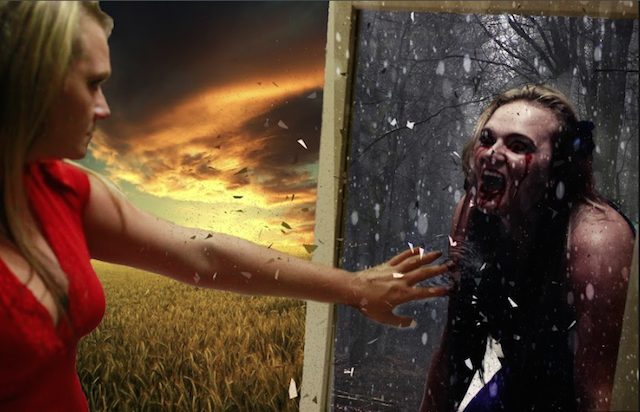 But we try to avoid talking about it. We hide it behind code words like, “demons,” as in, “he suffered from hidden demons.”

The problem is, demons are things about ourselves we want to hide. But they’re often the very things we should be talking about.

What would happen, though, if we made the conversation about pain and sadness an easy one to have? What would happen if it was normal to look at, and talk about, what we’re actually experiencing?

Not that long ago, the public was shocked to hear of actor Philip Seymour Hoffman’s death. Everywhere in the media, I kept seeing and hearing the word “demons.” And we could all knowingly nod our heads and say, “Oh, yes. Demons. We all have demons.”

But I realized that no one was talking about what his “demons” actually were. While watching a segment on the news that covered Mr. Hoffman’s death, I turned to my uncle who was watching with me and said, “Really? ‘Demons?’ We have to use a code word? Why can’t we just talk about people being in deep levels of pain? Why can’t we talk about deep sadness?”

A little background info on me: I’m a psychologist. I talk about pain and sadness with my clients all the time. (No, it’s not as much of a downer as it sounds. It’s actually quite beautiful and freeing.)

I’ve found over and over again that people don’t know how to talk about pain and sadness. No one wants to admit they experience those emotions. We think pain and sadness is negative. We think having those emotions makes us weak. Plus we don’t want to make anyone else uncomfortable by witnessing their weakness, either. So no one grows up learning how to talk about it.

But the truth is, we are human beings.

We experience pain. We have feelings of shame. We often don’t believe that we are loveable or worthy of love. No matter what happens externally, no matter how successful we are—we may still have internal painful beliefs about ourselves, our lives and the world.

In Philip Seymour Hoffman’s case, he was an incredibly aware person. He brought depth and humanity to his characters. He was able to be vulnerable with us, and people connected to him. He seemed like an Everyman. Like the person you could relate to. He could portray the difficulty of being a human, and the vulnerability of it. And it also seemed like he “had it all” with his stellar career. He was respected. He was sophisticated. It wasn’t a fame ride. He wasn’t a typical Bieber sensation. His fame grew in a well-paced manner.

He was a smart guy. He was a deep human being.

So, his drug overdose was perplexing for people.

To make it easier on ourselves, we say that he was suffering from “demons.” Because that’s the easiest way for us to talk about it without getting into the nitty gritty—without touching on our own pain and sadness.

The truth is—heroin is a pain-killer of the highest level. People that I know who use (or used to use) heroin were sad. They might not have even known it at the time, but they were.

You can be a celebrity, CEO or highly successful person—but you’re still a human being. You still have human experiences.

Which means that, in order to truly enjoy life (regardless of your level of success), you have to take a look at your relationship with your Self.

That is the story that’s often not told. That is the deeper human discussion.

The “demons” happen when you can’t accept yourself or don’t feel worthy, or you can’t connect to the fact that what you do and how you do it is meaningful.

Millions of people felt moved on a human level by Mr. Hoffman’s work. That is the Holy Grail of human beings—that who you are and what you naturally do well has a positive impact on millions of people. We want that. He had that. But there was some level of pain that kept him from being able to connect to that, to feel his own worth.

There was still some kind of internal hurting that brought him back to the drugs after twenty-three years of sobriety, and a recent stay in rehab.

No matter your accolades or accomplishments—it’s your relationship to your Self that will dictate things in the end. It’s your beliefs about your own value and worthiness.

It’s human to be in pain. Everyone experiences it. I did. I do.

I was in “pain” for most of my young life but didn’t know what to call it; it just seemed normal in my family even though no one acknowledged what it really was, pain.

I just knew that no matter how much the adults around me loved me they struggled with stress, anger, reactivity and intense emotions and I felt powerless to do anything about it other than try to be perfect and make them happy.

I inferred that because of their challenges there was no room for me to have any problems whatsoever. I thought I’d attempt to be the perfect funny, smart, athletic and low maintenance kid. In retrospect I tried to be my family’s version of being an adult; just keep pushing through no matter how painful things are and by all means keep busy, keep achieving, keep distracting, keep up appearances and keep numbing the pain.

I did my best and I was all of those things and more. I was a “great” kid and I accomplished a lot as I attempted to perform perfection. None of it worked. My big blended, extended family members were still unhappy a lot of the time and as a result I was too.

It was in a word—painful.

The pain was bad. And in my younger years I didn’t have access to many of my family’s arsenal of coping tools (alcohol, drugs, sex, anger, etc.) except food, shopping and relationships. My Grammy and I spent many pretty enjoyable years using her two major go-to’s—food and shopping.

By that time she’d been married four times and was exhausted by trying to find pain relief in men who either brought more pain to her life through their not so cleverly avoided pain or they created more pain for her by dying tragically in car accidents. I’d attempt that strategy from sixteen to thirty-six (exactly as she did) but the early years for our little pain partnership were heavily reliant on ice cream, cakes, candy, shoes, dresses and jewelry as our form of consumption oriented pleasure seeking pain relief.

As I shared when I eulogized her in 2006, my Grammy did everything she could to make both of us happy with cookies and clothes while all the while also bringing me to her intermittent Weight Watchers weigh-ins. Talk about insanity. Talk about pain. We needed those Eskimo pies, the grapefruit and hard-boiled eggs! It just wasn’t’ going to be enough.

The behavioral intentions Grammy attempted with me as her little wing woman were designed to achieve the flattering figures we were both desperately striving for (as another pain avoidance technique). These behavioral intentions would get their assess kicked by what I now recognize as the “pain principle” which goes something like this: painful unacknowledged emotions always trump the best-laid plans. Always.

The long and short of it in my attempt do deal with my pain didn’t work.

It never really does.

The pain I was marinating in as I lived life within a family that deeply cherished me while also not dealing with their own pain (sound familiar) was too much for me, and so, as millions of people in this country do, I developed an eating disorder. After a few years I was in such a high level of pain from the insanity of trying to deal with pain by creating more pain through a vicious and highly ineffective pain management strategy I had to come clean. I had to talk pain.

When I look back I realize that was the first moment in my life where I attempted to heal my pain by expressing it and the eating disorder had served as a way that my psyche found to express what I felt I couldn’t. It was shocking to my family to say the least. But that “disorder” does what I conceptualize as a psychologist that disorders like “addiction” do for humans. They help you to survive the pain until they no longer work anymore and then you are faced with the build up of pain that has been waiting for you to compassionately deal with it and heal it.

Through learning to acknowledge that I am human and feel pain while also helping others do the same I have come to learn that psychological pain will never be healed through avoidance or by creating more pain by trying to kill it. Our human pain needs our love and it can only be healed by lovingly acknowledging it and thereby acknowledging we are human. We feel.

But I’ve also found that for the most part pain is also optional.

But what if we could transform how we interpret things? What if we could change the patterns that have been downloaded into us from generations past?

What if we could actually talk about pain?

My guess, based on years of experience, is that we just might be able to heal our pain on a widespread level.

I don’t know about you, but that courageous “pain conversation” that I started when I was 16 is the conversation I would love everyone to be able to have.