How to Free Ourselves from the Illusion of Finding The One. 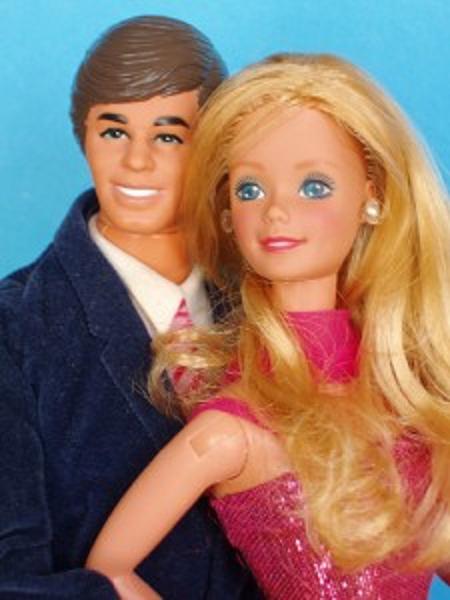 My last long-term relationship, over three years ago, was with a man seven years my senior. He’s hitting his mid-40s now while I have yet to meet 40.

When we met, I was 31 and he was 38; We lived in the same decade and he seemed more mature, but not really older.

By the time we parted I felt like there was a gulf between us—that he was on the downhill slide to old age while I was still in the full flush of youth.

This, of course, was and is an illusion. My days of youthfulness are behind me. I grin and betray my age with detailed spiderwebs of wrinkles that radiate out from the corners of my eyes like the sun’s rays. My skin has lost the plump resilience of youth and if you look carefully you’ll see that those flashes of light in my dark hair are not blonde highlights but the beginnings of white.

I am aging. I have always been aging. But now it seems more real, more certain, more destined to happen. I will never be young again.

Over the past few years, I decided that I wanted to date younger men, reversing a long trend of partners with birth dates in the early 70s and even late 60s. Now I found myself dating men who hadn’t been born until the 80s.

Because, why not? Why not choose to date a younger man who is more likely to be on a physical par with me? After all, I teach yoga and am strong, flexible and toned. I want someone who matches me.

This is another illusion. Another game of the ego. And, as I discovered today, something that could be keeping me stuck in repeating patterns.

My pursuit of youth might be undermining my pursuit of a man who is my equal. Which is not to say that a younger man could’t be my equal, just that he’s less likely to be. Don’t leap to defend or argue yet – hear me out.

This afternoon, spending time with a dear friend, she shared a vision she keeps having of me with a man. It came to her the first time we caught up this year, and most recently when she read my latest article, How to Unhook from an Emotionally Unavailable Partner (who yes, was younger).

I’m paraphrasing, but this is what she keeps seeing:

He’s older than you…

Yep—first thing out of her mouth and I caught myself grimacing.

A lot older…maybe early fifties. And he’s got grey hair.

She could see my discomfort written all over my face—and I could feel it in my body and I observed it with curiousity.

I knew I’d been actively seeking younger men, but I hadn’t realised how strong my bias was against older men. It caught me by surprise.

There were more details—a surprising number, and he sounded like a man who would be a good match for me. Except for the age thing.

Yet when I think back to my early 30s, and what I was like then, I see why I’ve been struggling to find a man who meets me. At 31 I was still a wreck, two years-post psychosis and still desperately trying to put myself back together while simultaneously running away from myself. I was a mess.

Which is not to say that all people in their early 30s are going to be a mess – not at all. Yet there is still a maturity that comes with life seen and life lived – with facing change and tragedy and success and failure. I’ve been through the wringer, and I’ve come out the other side strong and clear and certain.

I know myself, and I love myself.

Inquiring into my body/mind as my friend shared these details of her vision revealed aspects of myself I was hiding.

I know enough to know that this is folly. You can’t get clear about what you want, and then proceed to dictate every last detail and pixel. Or rather, you can, but you’ll get what you ask for and it won’t necessarily be what you want.

Inquiring further into myself, I played with the idea of opening to the idea of an older man entering my life.

Oh… that felt scary. Our of control. Frightening even. I could sense that I wouldn’t be in control – that it would be a surrender to life and the unfolding. And that he might know more than me about life.

How easy it was to choose men I felt comfortable with because I felt like I knew and understand more than them.

It turns out that focusing on younger men was about avoiding my own age and about feeling safe and in control.

Ultimately, it was about avoiding my own mortality. If I fall for a man who is five or ten or fifteen years older than me, I am always going to be looking at my own ageing process and mortality through his. It will be unavoidable.

As with all things though, when we attempt to control life and put limits on our experience, we’re not opening to the glory of what it might hold for us.

It’s like I’m in a sail boat, yearning to feel my toes digging into the sandy shores of a desert island, but I refuse to leave sight of land so keep tacking back and forth within the harbour, wondering why I can never spot an island.

I can still feel an unwillingness inside to relinquish the idea of being with a younger man. It’s strong, this holding. And this is good because it shows me clearly where there is work to be done—where I need to let go. Where I need to open up.

It can be difficult, in the midst of our busy lives, to understand why we’re stuck, or why we’re not getting what we want, or why we keep going around in circles.

We keep trying different things, or looking for the answers outside of ourselves, or asking well-meaning friends or family for advice. While some of this can provide useful information, ultimately, the answers do lie within all of us, the trick is in learning to listen for them.

I’ve learned that those answers don’t come in thoughts or ideas or voices. They come in the way my body responds to information. I can sense when I turn away, shut down, close down, grimace, or otherwise resist what’s happening or what’s being shared with me.

The moment I feel that resistance I know there’s something inside of me to be looked at and I can begin the process of inquiry.

This takes awareness and curiousity but mostly it takes a willingness to look at oneself and see everything – the darkness included.

Most of us don’t want to do this. We’re too afraid.

This afternoon’s brief chat with a friend provided another clue to my experience. It gave me something to work with, something to look at. Ultimately, I may fall in love with a younger man or an older man. That’s immaterial. All that’s important is the ideas and attachments I cling to, and letting go of those.

In the end, this process is not about a man or a relationship. It’s about me and who I think I am. Through this process, I realise myself, ultimately as pure awareness, with no I to even tell the story. But for now, it’s one step at a time.

For now, it’s about letting go of this fixed idea that love has to come in a certain package because I feel safer that way.

And that freedom means you can simultaneous be very clear about the kind of relationship you want to experience while also letting go of any ideas of what that might look like. You can let go of the idea of The One.

Because there is no One.

There never has been.

But it doesn’t mean they are the One.

There is no One.

What Will Make Any Long Term Relationship Work.

Beautiful Beginnings: Starting Over is Possible.

Your Soulmate Isn’t Who You Think It Is.