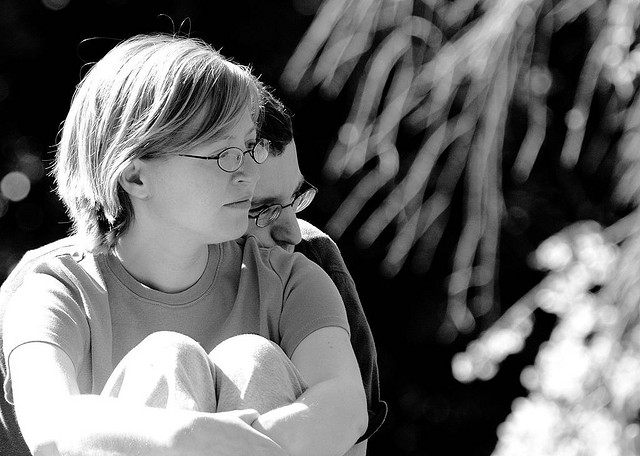 I confess that I don’t know the secret to making relationships work any more than the next person.

Some days I feel like it’s a crap shoot as to which ones last and which ones do not.

However, I have noticed that the older I get, the more my ideas about love have changed.

This came to light when I was recently culling 20 years worth of old journals. I couldn’t help but notice that they were nearly all about the same thing: relationships. It didn’t matter who I happened to be with at the time: the anxieties, issues, and problems were pretty much the same as well as my (unrealistic) expectations and the belief that if I could only find the right one, my life would be complete.

While some of this can be excused by naivety, many of us go through life with similar beliefs. While I know first hand how young love is fun and exciting, at some point, learning to love like a grown-up is important. Despite what some may think, it entails more than merely being “realistic” and is not the same as “giving up” and settling for whatever is out there. (It’s actually the opposite of that.)

Instead, the rules to loving like a grown-up include but is not limited to the following:

1. Let go of the idea of perfection.

Perfection is a great thing to strive for in art, but perfection doesn’t exist in relationships. The most beautiful, successful, nicest people have their flaws even if we cannot see them at first. However, they are there. (As my late grandmother used to say if you know someone long enough, you’ll eventually see them.)

Even if we are the type who don’t think we hold our partners to impossible standards of perfection, many of us still secretly or not-so-secretly long for the person who will solve all our problems or be there whenever we need them. While there is nothing wrong with this sort of thinking from time-to-time, in the long term it can lead to problems. I have yet to meet anyone who is a mind-reader or who can “rescue” me from the trials that come with life: that’s because they do not exist.

2. Don’t expect someone to complete you.

I was in college when Jerry Mcguire came out, and the line, “You complete me” became one of the most repeated expressions of the 1990s. I cried when I first watched that movie. (Hey, I was 19 years old at the time.) I still believe that two people can add to each other lives like our hero Jerry and Dorothy but waiting for someone to complete us is never a good idea.

No matter how flawed we are, each of us are complete individuals. Also, what happens if you and your soul mate should split one day or even worse, one of you die? Does the other person stop being complete?

Luckily, we don’t have to go there if we are secure we are complete without or without a significant other in our lives.

3. Set the bar high but not impossibly high.

Standards are a good thing in general, and relationships are no exception to this rule. Now, that does not mean that any would-be partner must earn a certain amount per year, always be free one day a week for “date night,” or must never forget any major anniversaries, birthdays, etc., but it does mean holding them to a certain standard and and not making excuses for constantly bad or unacceptable behavior.

Anecdotally speaking, women tend to set the bar lower than men. (I certainly did this many times.) However, there is a difference between being forgiving and realistic vs. being a doormat, and it’s important not to fall into the latter. In cases, where one is feeling like a human doormat, professional help may be in order to find out the root of such thinking and to find ways to set healthy standards and boundaries.

4. Don’t keep up with the Joneses.

Many of us who roll our eyes at the mere idea of buying a new car, the latest gadget, etc. because our friends did it, still keep up the Joneses by comparing our lives to theirs.

We all know those “perfect” couples. I have, and I found in many cases their relationships were nothing to envy once I learned the facts vs. the fiction that I had created about their so-called amazing lives. (I can think of two such couples I once envied only to discover after their respective splits that dysfunctional couldn’t even begin to describe what was going on in them, respectively.)

The point is, none of really know what is going on in a relationship unless we happen to be one of the parties. Many of the best actors I ever encountered were ordinary people who were keeping up appearances.

I was hesitant to include this one because the automatic response when hearing such a thing is, “I would never do that!” I used to say that, too, but the truth is I did both without realizing it. Instead, I called it “compromise.” However, no matter what I called it, I was really trying to change either myself or the person in my life. Needless to say, it never worked.

In some cases if the issues are such that they only way you can envision either one of you continuing the relationship is by one or both of you changing, then it may be a clear sign that the relationship is over or needs to end. It may well be the case that both of you are fine just the way that you are—just not as a couple, though.

In closing, loving like a grown-up is something we should all strive for regardless of age. True love and even that head-over-heels type of love is for people of all ages, but in order for any of it to work, there needs to be some some guidelines.

While the ones above cannot guarantee happily-ever-after, they are a good way to at least point us towards that path.

Your Soulmate Isn’t Who You Think It Is.