Reaching out for Compassion. 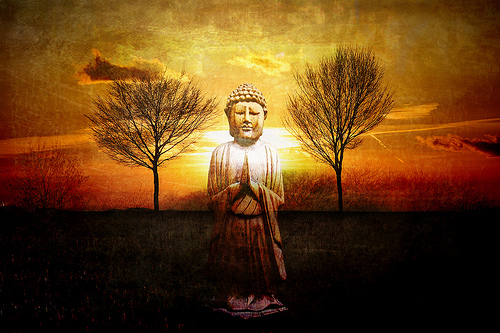 At a weekend workshop I led, one of the participants, Marian, shared her story about the shame and guilt that had tortured her.

Marian’s daughter Christy, in recovery for alcoholism, had asked her mother to join her in therapy. As their sessions unfolded, Christy revealed that she’d been sexually abused throughout her teen years by her stepfather, Marian’s second husband.

The words and revelations Marian heard that day pierced her heart. “You just slept through my whole adolescence!” her daughter had shouted. “I was being violated and had nowhere to turn! No one was there to take care of me!” Christy’s face was red; her hands clenched tight. “I was afraid to tell you then, and now I know why. You can’t handle the truth. You can’t handle me. You never could. I hate you!”

As she watched her daughter dissolve into heaving sobs, Marian knew that what she’d heard was true.

She hadn’t been able to handle her daughter’s involvement with drugs, her clashes with teachers, or her truancy and suspensions from school, because she couldn’t handle anything about her own life.

At this point, compassion for herself was not only impossible, Marian was convinced it would have been wrong: the horror that Christy endured was her fault; she deserved to suffer.

We’ve all harmed others and felt as if we were bad because of our actions. When we, like Marian, face the truth that we’ve hurt others, sometimes severely, the feelings of guilt and shame can tear us apart. Even when the damage isn’t so great, some of us still feel undeserving of compassion or redemption.

At times like these, the only way to find compassion for ourselves is by reaching out to something larger than the self that feels so small and miserable. We might for instance take refuge by calling on the Buddha, Divine Mother, God, Jesus, Great Spirit, Shiva, or Allah— reaching towards a loving awareness that is great enough to offer comfort and safety to our broken being.
As a Catholic, Marian had found moments of deep peace and communion with a loving God. But, in her despair, she now felt alone in the universe. Sure, God existed, but she felt too sinful and wretched to reach out to him.

Fearing she might harm herself, Marian sought counsel from an elderly Jesuit priest she had known in college. After she’d wept and told him her story, he gently took one of her hands and began drawing a circle in the center of her palm. “This,” he said, “is where you are living. It’s painful—a place of kicking and screaming and deep, deep hurt. This place cannot be avoided, let it be.”

Then he covered her whole hand with his. “But, if you can, try also to remember this: there is a greatness, a wholeness that is the kingdom of God, and in this merciful space, your immediate life can unfold. This pain is held always in God’s love. As you know both the pain and the love, your wounds will heal.”

Marian felt as if a great wave of compassion was pouring through the hands of the priest and gently bathing her, inviting her to surrender into its caring embrace.

As she gave her desperation to it, she knew she was giving herself to the mercy of God. The more she let go, the more she felt held. Yes, she’d been blind and ignorant; she’d caused irreparable damage, but she wasn’t worthless, she wasn’t evil.

Being held in the infinite compassion of God, she could find her way to her own heart.

Feeling compassion for ourselves in no way releases us from responsibility for our actions. Rather, it releases us from the self-hatred that prevents us from responding to our life with clarity and balance. The priest wasn’t advising Marian to ignore the pain or to deny that she’d failed her daughter, but to open her heart to the love that could begin the healing.

Now, rather than being locked inside her tormenting thoughts, Marian could remember the possibility of compassion. When remorse or self-hatred would arise, she would mentally say, “Please hold this pain.” When she felt her anguish as being held by God, she could face it without being ripped apart or wanting to destroy herself.

Two weeks later, when she and her daughter met again in therapy, Marian admitted to Christy – still acting cold – that she knew she’d failed her terribly. Then, gently and carefully taking her daughter’s hand, Marian drew a soft circle in the center of her palm, and whispered the same words the priest had whispered to her.

Upon hearing these words, Christy allowed herself be held, wept, and surrendered into the unexpected strength and sureness of her mother’s love.

There was no way either of them could bypass the raw pain of yet unhealed wounds, but now they could heal together. By reaching out and feeling held in God’s mercy, Marian had discovered the compassion that could hold them both.

Whenever we feel held by a caring presence, by something larger than our small frightened self, we too can begin to find room in our own heart for the fragments of our life, and for the lives of others. The suffering that might have seemed “too much” can now awaken us to the sweetness of compassion.

Enjoy this talk on Cultivating Compassion 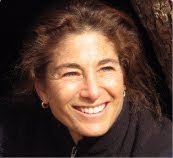