The Naked Truth About Why Lesbians “Fake It” & Why I Stopped. ~ Ruth L. Schwartz {Adult} 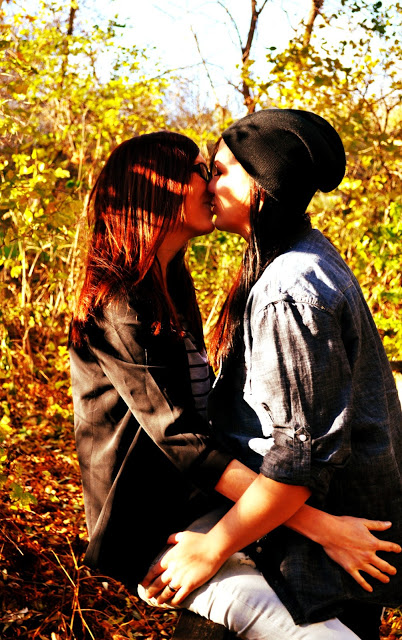 Admit it: are you a woman-loving-woman who’s ever acted more turned-on than you really felt?

Have you ever pretended to have an orgasm?

If so, you’re not alone. Most lesbians (along with our straight sisters) have done that from time to time—and some of us have done it a lot.

Why would a lesbian fake it, anyway? Well, probably for most of the same reasons as straight women—but with the added twist that we think we’re not supposed to “have to” fake it.

Straight women and men sometimes imagine that lesbian sex is easier than straight sex—that two women together automatically know just what to do, and where and how to do it, to please one another. But most of the lesbians I know sigh ruefully, “If only it were so!”

The truth is, any two people can hit it off sexually—or not. Especially in an ongoing relationship, there are also all kinds of emotional factors that impact how turned-on we feel.

Here are some of the reasons I’ve heard—and felt myself—about why lesbians fake it:

Many of these reasons have to do with trying to take care of our partners. As women, we’re often way too concerned with other peoples’ feelings—so much so that we can tend to “leave our bodies” and inhabit our girlfriend’s experience instead!

And are we really doing her any favors? Think about it. If you found out that your girlfriend—or even the woman you just met—was faking it with you, how would you feel?

Personally, I’ve never met a woman who would feel good about that.

So we fake it to “protect” our partners in ways we ourselves would never want to be “protected”—which doesn’t make much sense.

It’s scary to get vulnerable enough to tell someone else what’s really going on for us—and for many of us, it’s even scarier when we’re naked in bed with that someone.

But it’s also the only way to create real intimacy—by which I mean, to actually be seen, heard and understood.

When we “fake it,” there’s not a snowball’s chance in hell that that can happen. Instead of letting ourselves be seen and known, we put on an act, which effectively prevents us from getting close.

Eight years ago, shortly after Michelle and I met, I wrestled with this one. I really, really liked Michelle and I was definitely attracted to her. She was cute, she was brilliant, she was kind, we had endless things to talk about—and yet—something was just not working for me in the bedroom.

I tried to show her non-verbally what I wanted, but it still wasn’t happening.

Then I felt myself leaving. No, not physically leaving—but vacating my body as she touched me.

I knew I could fake it. After all, I’d done it many times before with other partners.

Yet there was something about Michelle and the connection we’d begun to establish—as well as the emotional work I’d done on myself over the previous few years—that made me want to take the risk to do something different.

So I did. I stopped her from doing what she was doing, and said gently, “You know, this just isn’t working for me. I don’t know if it’s me, or if it’s you, or if it’s us. Maybe we can learn something here.”

So instead of writhing and moaning in fake pleasure, I lay naked in Michelle’s arms and we talked, really talked.

I learned a lot about her that night—not only from what she said, but from how she listened to me. I still felt a little sad that sex hadn’t worked, but the opportunity to grow together felt even more important to me—and I was overjoyed when she told me she felt the same way.

Somewhere in those hours of conversation, something happened, though I didn’t realize it until the next day, when she was sitting at my kitchen table and I went to embrace her. And…what?! Something moved. Something opened between us, like a bolt of lightning.

The sexual energy we hadn’t been able to tap into the night before was suddenly fully alive and crackling between us.

Since that day, nearly eight years ago now, we have accessed that electricity many times, and had many joyful, powerful, amazing times in bed. Yet there have also been numerous times when we couldn’t get there—and one, or both, of us had to say, “You know, I’m just not feeling it right now.”

Some of that has to do with the fact that we are both sexual abuse survivors. I responded to that by learning to perform; Michelle learned to “leave her body,” and also to steer away from the power of her own desire for fear it would lead her to become an abuser, too.

Fortunately, we have gotten some amazing help from our somatic sex coach, Pavini Moray. Our deep love for each other, plus our commitment to working through our triggers, has helped too.

What would have happened if I had kept on “faking it,” rather than opening up and steering us both toward that deeper conversation? I can’t know for sure, but I am almost positive I wouldn’t be where I am today, in a joyful, deeply connected, truly intimate—and yes, hot!—partnership with the love of my life.

Scared to get this honest? We can help. We founded Conscious Girlfriend to assist lesbians and queer women in finding, creating and sustaining the relationship of their dreams—and that definitely means in the bedroom, as well as outside it!