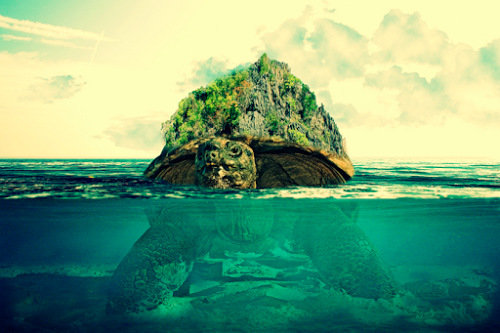 While many teachers and practitioners in the North American yoga scene have a very ahistorical understanding of yoga, learning its history, as Carol Horton points out in her book Yoga PH.D, can reveal how diverse yoga practices have been.

It’s been liberating for my own personal practice to realize that yoga is so much more than physical exercise. What is typically practiced in North America, or Turtle Island (to use a pre-colonial name for this land) is an extraordinarily different yoga from the practice Sri Patanjali writes about in the Yoga Sutra, or the practices of the early Hatha yogis in medieval India.

When Swami Vivekananda, the man credited with bringing yoga to the West, said that all the mud on the bottom of the Indian Ocean could not balance the filth that had been thrown at India, it was not an exaggeration. In order to justify their colonization of India, the British employed racist narratives that created a social, cultural, political and religious hierarchy with European Christians on top, and Indian ‘heathens’ at the bottom.

What’s interesting to note, however, is that both the concept of a Hindu and India as a unified nation-state were colonial constructs. India had never been a united country until it was part of the British Empire, and even during British colonialism there were semi-autonomous kingdoms within British India. There was also no mention of Hinduism prior to British colonialism.

Hindu was the Persian name for the Indus Valley region (located in present day Pakistan) as well as the people living there. In the 18th century, Europeans used the term Hindu to refer to non-Europeans; members of non-Abrahamic religions were termed heathens. Eventually Hindu and heathen merged to refer to anyone who wasn’t Muslim, Christian or Jewish.

When European scholars began examining the religious beliefs and practices of ‘Hindus’ (a homogenization of many distinctly different groups) they turned to the beliefs of the Brahmin caste to construct a religion based on a European Judeo-Christian model. As a result, there was a strong emphasis on Sanskrit and yogic texts such as the Bhagavad Gita and the Yoga Sutra were singled out and romanticized by European scholars to be far more influential than they actually were at the time.

Traditional Hatha yoga texts and traditions were looked down upon and ostracized by both Brahmins and Europeans, who were not fond of the more violent, ash-covered ascetics. Hatha yoga, a product of the Tantra period, was viewed as source and symbol of India’s degeneracy.

Hindu nationalists such as Swami Vivekananda borrowed from European scholars a romanticized, Brahmin-centered understanding of Hinduism, which they argued was India’s greatest strength and made them spiritually superior to Europeans. To reclaim India’s glory, Hindus had to return to the Brahmin-centered Raja yoga practices. With this in mind, Swami Vivekananda arrived at the 1893 World Parliament of Religions in Chicago uninvited with two primary goals: to propagate the wisdom of Indian spiritual tradition and to combat the crushing poverty of the Indian people.

In India, Vivekananda’s ideas were a stark contrast to the colonial narratives being taught in schools that presented Hindus as a weakling race that deserved to be dominated.

In nineteenth century Europe, physical strength was equated with moral and spiritual superiority. In Hindu Nationalist movements, physical, bodybuilding activities came to be seen as a way for Indian individuals and society to rise up out of their cultural and political slump and vanquish their European colonizers.

Swami Vivekananda was a strong supporter of the physical culture movement in India, arguing that a strong body is essential to achieving enlightenment. With time campaigns of militant physical resistance began to operate out of local gyms, focusing on Indianized forms of exercise that combined yoga asana (seats for meditation) and pranayama (breathing exercises) with modern bodybuilding, increasingly referred to as ‘yoga’.

The ultimate merging of bodybuilding practices such as Suryanamaskar (sun salutations) with yoga came in the 1930s when Sri Krishnamacharya, a Sanskrit scholar with a particular focus on the Yoga Sutras, was invited to teach at Mysore palace.

The physical culture movement had a strong following in Mysore in the 1930s, when Sri Pattabhi Jois and B.K.S. Iyengar studied under Krishnamacharya. As a result the schools of yoga that they founded and shared in the West, have a strong physical emphasis.

Krishnamacharya claimed that the hatha yoga he taught had a direct lineage with the ancient, Raja yoga texts he  studied. This myth, that the physical, ‘modern’ hatha yoga practice which was spread around the globe by Iyengar and Jois, has direct lines back to the Yoga Sutra, or even the Vedas, continues to be prominent today.

The yoga that I teach, that most of us in Turtle Island practice today, is in part a product of British colonialism in India. That is not to say that the yoga we practice isn’t yoga or isn’t Indian, however there are myths that persist in our practice today.

We need to decolonize our understanding of Hinduism as a singular tradition and begin to talk about Hinduisms. We need to explore non-Brahmin-centric yoga practices. We need to realize that Jois and Iyengar are products of a particular time and place, and that their teachings are not ancient, timeless pieces of wisdom.

We need to move beyond the binary of everything Eastern being inherently wise, perfect and static and everything Western being devoid of any spiritual knowledge or content.

We need to embrace the fact that yoga is and has been many different things to many different people and will continue to shift and change with time.

‘Orientalism and the Modern Myth of Hinduism’ by Richard King;

‘Ghosts of Yoga’s Present and Past’ by Prachi Patankar