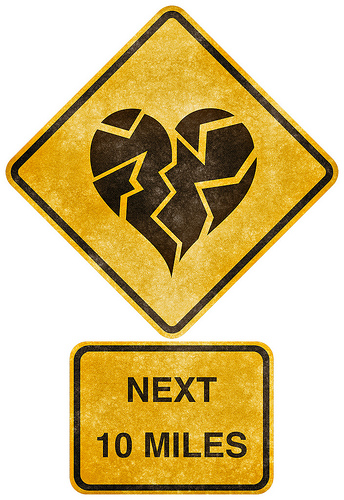 “The core of your life is your purpose. Everything in your life, from your diet to your career, must be aligned with your purpose if you are to act with coherence and integrity in the world. If you know your purpose, your deepest desire, then the secret of success is to discipline your life so that you support your deepest purpose and minimize distractions and detours.”

I’ve been reading a lot of David Deida the last few months.

I have to say, I really jive with what this man has to say.

Coming from personal experience, I dare say he’s on to something.

Some months back—simultaneously long enough ago and more recent than I am willing to admit—I experienced a break-up. I say experienced because (as I am sure you know) the details are rarely clear cut.

The bottom line is that break-ups are rarely easy and (arguably) never fun. But there are ways to be graceful through the process.

I’ll be the first to admit, I didn’t handle it well in the beginning. There was a lot of proverbial flailing and verbose attempts at communication that probably didn’t serve either of us very well.

And it was very easy for me to blame myself as the bad guy, even if it was a team effort of the most tragic kind.

But there was something different this time around.

The moment that the process began, it was like waking out of a coma… and I saw it all very clearly. I saw the past that I had not fully participated in, the present that was well out of my control, and the future I had assumed would come.

I was working things through in the stubborn way only a man can (because women, generally, know better). And so, glancing stubbornly at the emergency parachute cord, I folded my arms and fell.

“It is a helpless situation. He is absolutely unsatisfied. The breakdown of hope and the recognition of futility has brought him to the edge, and he has no real choice: He releases into the abyss. He succumbs to a crisis. His self-sufficiency and self-worth fall to zero.”

But this isn’t really about the break-up.

It’s akin to falling with your eyes closed, on purpose.

I wanted to be present, open, loving, aware and honest. I wanted to face the feelings and emotions that would come and let them happen, no matter how painful they were.

I wanted to know them instead of fending them off with distraction and detachment.

I had officially decided how I was going to go through this process with myself and it brought a sort of uneasy calm over me. It was as if—despite the misery and the hopelessness—I was connecting to something deeper. Something primal. The me that is beyond all limits of myself.

The me that extends beyond past and future, resting in the eternal present.

“If he stays in place without adding consolation to his suffering, if he remains an open-hearted warrior even at zero, then a miracle will manifest…. he is vulnerable to grace.”

I wish I could tell you that it was the easier route, but I am pretty sure it’s the harder road with the sharper rocks and far less alcohol.

But hard work pays off.

I found that instead of forming scars like I had in the past, I was healing wounds. Instead of burying the pain in resentment and fuelling distraction, I was growing. I went deep into myself looking for more walls to break down.

I read a lot of David Deida. I listened to David Adyashanti.

The list goes on, but the most important part of this process was that I listened to myself.

The days got easier, though they were not all easy. The nights became more restful, but not always. Doors opened in my life all across the board and continue to open, and my occupational direction has clarified the things I am really passionate about, instead of the ones society told me to do to make money.

I had been so wound up in my ceaseless hunt for autonomy and control over my life that I forgot to unclench my teeth. I had forgotten how to let things happen on their own, and it had cost me dearly.

This is a lesson I have relearned a few times in my life.

Time and death both stand as the final, undeniable arbiters. Neither can be beat, nor circumvented. Best to accept this and enjoy the journey.

In choosing to process this chapter-change with an open heart, I rediscovered love for myself in the simplest ways.

I learned to enjoy restful comfort, and set my work-a-holic perfectionism aside here and there.

I discovered the core self that Deida talks about, in his playfully antagonistic way, and I really got it. It’s like plugging into the wall for a needed recharge, and finding that I am the wall, and the cord, and the source of the power itself.

Some days I am more connected to it, other days it eludes me and I find myself slogging through the daily grind and the muckity-muck.

Just as importantly, I found that the love I had for her still exists.

I healed past the frustration and sadness and ego, and when I got out the other end (a process that is constant and endless) I found my love for her is still here. It has distilled down without the expectations and implications that had built up over the years.

The things that make me love her never left.

The whole thing is still somewhat surreal, but it’s a process. I won’t lie and tell you I don’t look hopefully for a fresh start with her.

But having found that contentedness in my core self, I know that I don’t need that second chance to be whole.

So I keep walking through the wilds of the world, both proverbially and literally, and have found that the freedom I was hunting for has been inside of me the entire time.

When I fell with relentless intention, I never expected to shoot through the floor into the rest of my wonder-filled life. 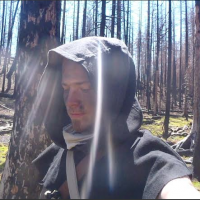