Is Machu Picchu Becoming the next Mt. Everest? 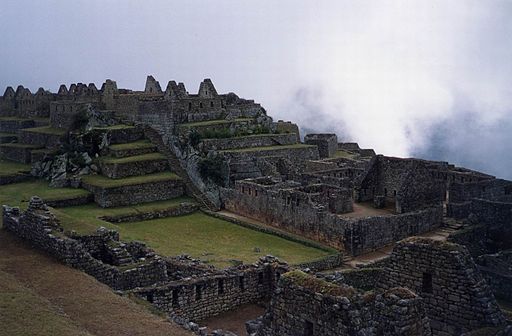 I am a wee bit sensitive on the notion of turning an iconic relic piece of land into our own wasteland of too many bodies, garbage, entitlement, and competition.

My half-Peruvian heritage rears its proud head when I hear of one person after another making the trek to my mother’s homeland when I have actually never had the opportunity to visit. I always felt too young to appreciate the country, and got too wrapped up in life in America to even consider going.

Not that I don’t have the desire or need, I would simply rather admire and be in awe of such a magical place from a distance for now.

I have no doubt that actually touching the soil would enlighten and transform the humblest of souls, yet when nature is publicized for the mere purpose of selfies and outdoing the other, I have to take a step back and wonder why. The entire country of Peru has been on my bucket list ever since I was a college student, and probably lingering forever deep in my subconscious since birth, yet I never did much about it due to my own devices at that time.

Now, when I witness humans trekking to this sacred spot, paying god knows how much sums of money for Incan tour guides and llamas, and a million other footsteps marring the native land, I can’t help but think of when the whole notion of climbing Machu Picchu began.

I believe when Mt. Everest became popular and frighteningly attainable, the masses decided to walk in the path of the late first climber, Sir Edmund Hillary. The dual act of Sir Edmund Hillary and his Sherpa guide back in the early days were solely to take their curiosity to an extreme level, not to mention their athletic skills. In those days, Everest was simply the highest land mass in the world, unthinkable by foot or motor-propelled vehicles, perilous in the harshest of weather conditions, and absolutely defying all human methods of survival.

When the most recent unfortunate occurrences on the “top of the world” sparked controversy by the resident Himalayan sherpas themselves, you gotta wonder whether it is worth the money invested in risking lives and the land.

Many who have plunked down thousands of dollars to be guided to the top of the majestic mountain can claim that there is more trash than ever, and decomposed climbers frozen in the snow along the charted route with their ill-fated attempts to ascend the peak. It is becoming one big landfill for our greedy selves, and it saddens me, as I have no doubt this Nepalese beauty never asked for any of this.

Mother Nature spits out people and events when she’s had enough, and I believe she’s had enough of our over-inflated egos and oxygen canisters and colorful flags and ripped-up tents at the remote base camps at Mt. Everest.

Machu Picchu feels oddly next in line, although it may not have the altitude or the amount of snow, or even the treacherous weather and climbing conditions, but it has the appeal and the willingness of the native Incans, who would gladly accommodate any human wanting to pay the price for spiritual absorption and awareness.

Peru is hot right now. So hot that it is topping the bucket lists for any and all saving their money to cross off said bucket list.

Maybe I’m just wishing I could actually fly to Peru and treasure the makings of my mother’s homeland, or maybe I truly do wish that the respect this South American land deserves is being transformed in some unusual way. It is a lush place, full or relics and artifacts and the most colorfully-garbed natives with large smiles and beautiful sun-kissed skin.

I remember when my Mom used to be in her own small-time garment business, as one of her part time endeavors. She would travel to Guatemala and Peru and collect materials so full of every intricate color under the rainbow, then turn the fabric into a stuffed Christmas ornament, or a unique hat to cover the ears in the cold weather, or sometimes a cool belt to wear with jeans. The precision in how the Incans make their textiles is a sight to behold. Their garment-making sustains much of their economy.

When there was a major earthquake in Lima back in the 70’s, my mother and her sisters spearheaded efforts here in America to raise money for the natives and send them clothing, food, and whatever else they needed.

It was quite an undertaking back in those days—simply because Peruvians stick together and help each other in good times and bad.

And for some reason, when someone mentions they are heading to Peru for a few weeks, I think of the natives who toil away for hours on end for minimal pesos, to offer up to tourists and would-be climbers alike their wares and high-altitude expertise. It’s a deep feeling of gratitude I have for these people. The native Peruvians have hearts of gold, laced with a bit of pride and loads of respect. Machu Picchu is another example of how taking a national treasure, weaving in some solid economical means to sustain it, presenting it to the world for all to visit and give pause, might just be its undoing. I certainly hope not, as I am in awe of every inch of it.

If we remember the reasons why these iconic places exist, appreciate and have gratitude for Mother Nature and her exquisite beauty, then choosing to trek to her land in the high Andes’ mountains, soak in the education of the soil, have lunchtime photos snapped on the ridges of the ruins are time and money well spent.

If you return feeling enlightened and more aware than ever, Machu Picchu has fulfilled her promise. Let’s hope her magnificence will always be treaded on lightly, and not become the next Mt. Everest fiasco. I believe even Sir Edmund Hillary would look down from the heavens and agree that high mountain peaks are to continue to be regarded as sacred.