Lessons of Love & Strength From My Mom by a Self-Righteous Daughter‏. ~ Lynn Bonelli 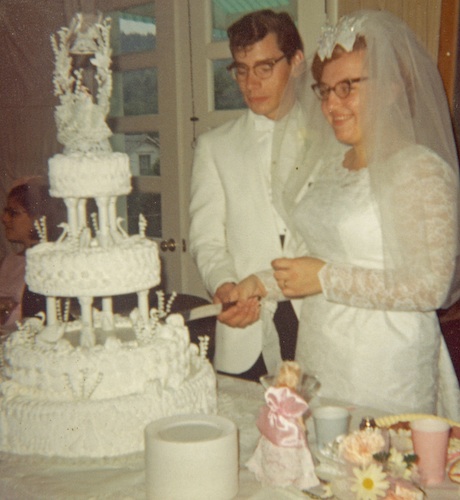 I’ve always gotten along with my mom. She’s fun, super nice, always in a good mood and seems to never tire until after her family’s needs have been tended to.

She talks to everyone and always offers a heartfelt compliment to cashiers, bus boys, toll takers, TSA agents—everyone. She’s also a great listener and is the type of person who, instead of trying to turn the conversation around to herself, will ask more questions.

She’s affectionate and thinks nothing of hugging or kissing me whenever the urge hits her, even in public (and no matter if I am six, 16 or 42). If she feels like showing her love she just does it. And her laugh is infectious…you see it in her eyes and you feel it in the air—there’s nothing fake about it.

Our family lived in a kind of vacuum.

My dad was in the Air Force and consequently we moved frequently, about every three years. Growing up without an extended family around meant we pretty much relied on each other as company.

Without the ability to observe other family dynamics the foundation for what I would perceive as normal was laid for me by my parents. Don’t get me wrong, this isn’t the old blame game, just an observation. My parents did everything they could for my sister and me.We always had food, new clothes, pets and we always sat down to dinner together. We played board games or watched sitcoms in the evening and took annual family vacations to visit family in Pennsylvania.

So, how is it I lost respect for my mom? Well, my dad was an alcoholic...a functional alcoholic, but an alcoholic none-the-less. He grew up on a farm and it was hard work. He dropped out of school in the 8th grade, he was the one who found his father dead of a massive heart attack, he went to Vietnam and saw things no human being should see, early in his career he struggled to provide for his family and he also went undiagnosed as bipolar for almost his entire life. These aren’t excuses but realities. He also took his suffering out on my mom by belittling her in front of his children.

My mom rarely stood her ground, at least not that we could see. The more it happened (which equated to the ‘worse’ of a drunk he became and the longer he went without treatment for his mental health disorder) the weaker my mom appeared in my eyes.

We kids would test the grounds ourselves, offering a few disrespectful comments here and there, speaking down to her and ultimately feeling superior. There were no repercussions from our behavior. We didn’t intend to be cruel nor was this an intentional act but more like a learned behavior.

But what gets me is that somewhere down inside I knew my dad had a problem. Yet, I chose his relationship style over my mom’s. I saw my mom more and more as a push-over and people pleaser rather than a parental figure who was a loving, sensitive person (and who also needed to be loved back).

I guess I thought that in order for me to be successful I needed to be more like my dad. After all, he was a middle school dropout who had managed to earn his master’s degree while working his full-time job in the military and feeding a family. He was smart, driven, sarcastic, condescending, judgmental and moody. He was my hero…and he was an asshole to my mom.

I know he loved her and he did provide for her. Even she will tell you that she wanted for nothing materially. But apparently, his need to feel superior and less like a failure due to his own insecurities required him to belittle her. And she took it.

I wondered why she didn’t leave him even though there was nowhere for her to go. She had sacrificed her own dreams and career to follow him around the world as an Air Force wife. They were married in 1967…things were different then and women just didn’t up and leave, especially since my dad’s alcoholism was our family’s secret.

She stayed for 42 years. And one day, five years ago, they were in a car accident and my dad died.

My mom became this amazingly strong person right before my eyes.

Perhaps that strong person was always there but my dad’s shadow snuffed out the light she needed to blossom and for us to even notice her. 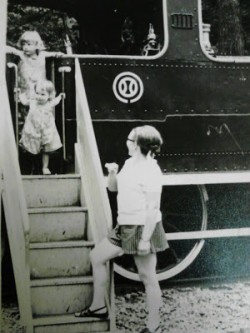 I spent six weeks with her this past spring and I finally talked to her about all of these things. I confessed to her the misguided judgments I had passed even though my own life was far from perfect and some of my own past relationships were perhaps worse in comparison.

She spoke to me of the lack of emotion from him early in their relationship which led her to showering us with not only her love but also the love he felt for us, but could not show. She didn’t let his fear of people and crowds (he was painfully introverted) diminish her love for them and she always had friends.

She didn’t let his moodiness be cast on her like a wet blanket but instead let her joy show not only in her smile but in her entire being. She didn’t let his irrational and spontaneous spending take away from the needs of her children, always finding ways to make ends meet even though it was she who often got blamed for over-spending.

You see, I found that my mom had been living in a way many of us struggle with daily. She showed me that we have the ability to choose how happy we want to be…even if we are surrounded by unhappiness.

Although she chose to ‘stick it out’ with my dad, she did so under her own power and with her own principles in mind. Surely she wasn’t always happy and perhaps she wondered about the ‘what-if’s’—don’t we all? But she took a bad situation and not only lived through it but thrived, as a strong woman who is still so full of joy and goodness.

I don’t look at my mom as a weak person anymore. She is strong beyond belief. While I was full of self-righteousness and thought she should be better or different than what she was, she was accepting of all of us just as we were. Trust me; there is a lesson in that.

She deserves my respect and then some.

These days, while I still long for the approval from a dead father who was never one to show emotion anyway, I find myself ever thankful that my mother has shown me that it doesn’t really matter and to just be happy with what it is I am doing. My hope now is to one day be as strong and loving as my mom.

Happy Mother’s Day to my mom and all of the mom’s around the world!