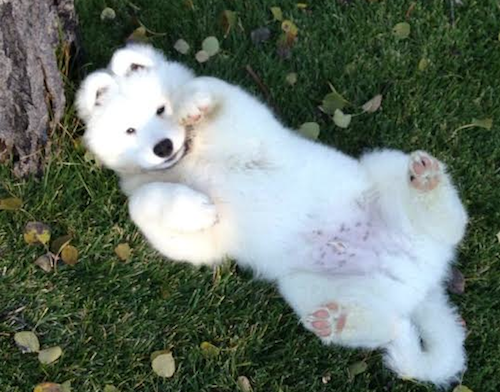 We are constantly faced with decisions—some large, some seemingly small.

Our decisions affect the overall impression of our success.

The easy ones go quickly, smoothly, usually without incident. The difficult ones, well, they’re saved for when we have more time, more energy, more of whatever it is that we don’t have right now.

We must practice making choices to learn how to choose.

Over time, we develop a personal code of ethics, as it were, that grows stronger the more we make use of it, but in order to do that, we have to actively choose at every opportunity. (For the record, not choosing is an act in itself, to be sure, but not what we’re going for.)

I have approached some big decisions, in the last year, that have required an active and often immediate choice, and though I’d have really appreciated a little extra time, I wasn’t afforded that luxury. I had to act, quickly and carefully, and trust that I knew myself well enough to do the right thing.

The general idea is to develop a practice around choice and face it in the same way every time.

My process goes a bit like this: I ask myself.

What’s best for me right now?

How will my choice affect me three months from now?

A year from now? Is this a net gain or a net loss?

What I am willing to possibly give up right now to better my situation in the future?

Tell our ego to take a hike.

I chose to move home after losing my job. Embarrassing? Yes, but I was fortunate to have parents that could take me in and I had yet to make use of this option, unlike many of my friends. Financially, this was the conservative thing to do and saved me further embarrassment and consequence down the road. And, I got myself out of credit card debt as a result.

We can own our decisions, even when we may have made a mistake.

I chose to take a job that I was unsure of, but that I knew had serious possibility. Not a huge risk, but again, my ego got involved and I questioned my decision for months. I had already made the choice, but I continued to belabor it in a way that rendered it unproductive.

I had to choose again—would I accept my situation and reframe it into something positive or would I hold on to my negative attitude despite the benefits my job provided? I opted for the former, and as a result, improved my position at work, am happier in my everyday responsibilities and get along better with my coworkers.

Perspective is as much as choice as anything else.

Try to leave emotion out of it.

Self-care is a hard-line responsibility.

I chose to give my puppy back to the breeder after three months. Definitely the most difficult of the choices I’ve had to make recently, but certainly the one that has served me the most (isn’t that always the way of it?) Nothing about this was easy. My puppy was damn cute.

His breeder was overly nasty to me when I called to tell her that I needed to give him back, even though it was in my contract that should a situation arise whereupon I couldn’t take care of him, I was to return him, no questions asked. I wouldn’t get my money back, and I didn’t want it.

I wanted the puppy to have a family that had time to spend with him and I wanted a certain level of freedom that I didn’t realize that I had missed over the past 11 years of being a dog owner. I knew that it wasn’t working for either of us, and I’d known since the day I brought him home. I was stressed and resentful, he was demanding and excited (as all puppies are.)

It was not a good fit, and I spent three months ignoring it. I finally called the breeder and took the ration of shit she dealt me. I listened as she accused me of ruining the puppy, of claiming that no one would want him. I sat quietly as she wailed into the phone about how I was just making excuses for myself, of how I needed to change my lifestyle to support him.

I cried, a lot, and reconsidered, but in the end I stuck to my decision. Our routine was not healthy, and I knew the breeder would find the right home for him. I knew I needed time and energy to focus on my new job, on establishing some sense of community in a new place, on developing a routine that supported me.

I had planned my whole life around the puppy and I was miserable. I ran through my process—better for me, right now, to not have a dog. Three months from now, I’ll probably still miss him. A year from now, I hope to have moved on.

I gave up a beautiful and intelligent animal to be a happier and healthier human.

The easy decision would have been to keep him, to feel sorry for him, to get wrapped up in the drama of the situation. The hard thing was to know myself well enough to understand what I needed and take a calculated approach to getting it.

While I was certainly uncomfortable, if not outright depressed, at the prospect of making some of these choices, the important thing is that I chose, was true to what best served me, and moved forward trusting my decision, come what may.

So often we could hide, say nothing, run away when faced with the hard work, but where does that get us? When we meet difficult situations head on—when we leave the relationship, sell the house, quit the job, stay at the job, admit what’s not working, take ownership of our mistakes, apologize—we stay mindful of our process and keep an eye on where we want to be, the answers are usually obvious, even if they aren’t easy.

And, the more we practice choosing what we need over what we want and what feels right over what feels good, the more apt we are to choose what’s best for us, intuitively and intentionally, every time. No matter how wrought with drama it may seem, embrace the hard choices—they always hold the biggest lessons and the greatest return. 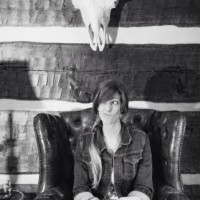