“The roots of education are bitter, but the fruit is sweet.”

The New York City public middle school application process has been a long, worrisome, eye-opening journey commencing last fall. Long and worrisome as a parent, and eye-opening as an educator.

While going through the process, I experienced a system that seemed fundamentally flawed.

Why were there thousands of people from all over the city waiting to get into a middle school open house at the far end of Coney Island, way past the area even Coney Island-lovers would tread, i.e. nowhere near the Wonder Wheel?

Why was a school like this that offered rigorous academics along with great support for a variety of talents, an exception, and not a rule in our multi-faceted, arts-loving, financially-fat city?

Why did it feel like I had to have an additional degree majoring in some form of math or statistics just to assess the odds and figure out how to rank the school choices?

I shrink at anything dealing with numbers and was numb with fright as I played Wall Street Trader. Do I go with the high stakes choice and risk a sure thing? Or should I go with the safer bet with known quantifiable yields, but give up the chance for what my kid really wants?

And why, oh why, did I not move into that district just a couple of miles over with its famous stable of lauded elementary and coveted middle schools, and mind-blowing PA budget?

Maybe I just suck as a parent.

Should applying for school for one’s ten-year old child bring you to your knees from feelings of confusion and inadequacy?

I sometimes teach in an elite independent school (grades K-12) on the Upper East Side, where fresh salmon, not farm-raised, grilled to perfection is served for lunch, and resources flow abundantly. The art department’s facilities worthy of a respectable smallish art college are nothing short of eye-popping.

The most salient feature that differs from the NYC public school environment: no one yells there.

But it was the wildly disparate economic, social, and yes, racial disparities, that would inevitably squeeze my insides whenever I picked up my son from school after working there. Why should there be such blatant inequality? In a city where appearance counts for a whole heck of a lot, shouldn’t there be some effort to make the discordance at least a little less obvious?

As a product of a decent public school education (even way out in the middle of the Pacific Ocean) and my training as a New York City public school art teacher, I would probably feel a little uneasy—uncomfortable—enrolling my kid in an independent school. Like slipping on someone else’s sneakers that look exactly like one’s own, after yoga class.

And yet, why shouldn’t he have the same opportunities as the kids who at his same age have vacationed in countries around the world I will never see in my lifetime?

It’s simple. I can’t afford the same opportunities, not even 3-D printed reasonable facsimiles. However, my kid had the chance via the middle school application process to try out for schools with Gifted and Talented Programs (I’m sorry, though I support them, I wish they were called something other than Gifted and Talented) in our district and the zone-free ones on the fringe of nowhere described above, and elsewhere in the city.

If he didn’t get into any of these programs, I was armed with a back-up plan involving a middle school well outside our district excelling in chess, but requiring a less than desirable subway trek to Williamsburg and back everyday. Anything to avoid him having to enroll in the school he is zoned for, conveniently located a few blocks from our apartment.

The one where solid programs are being developed, but cannot be successfully implemented because violence still exists there and transformation has not occurred yet at the most granular level—the home environment. If my boy had to go there, I would be on my knees again chastising myself for not planning ahead and ensuring he had at least a 7th degree black belt in Tae Kwon Do by fifth grade graduation.

In the end, what saved my son was himself through his talent, hard work and determination. The journey, or this part of it anyway, ended today. Phoenix got accepted to Mark Twain in the art program. I’m proud of him.

He’s been preparing for years without even knowing it. Drawing Greek hoplites with near fanaticism that raised concern from a past teacher that he was not exposing himself to a variety of cultures. It never bothered me, at least he was drawing. And if he was obsessed with one culture, he could do worse than the Greeks. He also prepared through chess and sports, golf especially. He is okay with competition, unlike his mom.

We talked briefly about the news of his future middle school over the phone. He was on a layover flying to Dallas for the national chess tournament, his last major event for the school that’s been the epicenter of our lives for the past six years. We both could hear, feel, each other’s sense of relief.

Will he have the same chances as his jacket-wearing prep school counterparts? I don’t know, but he has a pretty good shot with a firm stepping stone starting in the fall.

What he has that sets him apart from the world of independent schools is the experience of attending an elementary school where thirty-two languages are spoken and racial diversity is the norm. Where yelling sometimes happens because teachers in charge of thirty-something students are maxed out, lack the support they need, and sometimes react like frustrated human beings. But they self-correct and get back on track.

He’s ahead because he’s experienced an imperfect environment where free school lunch is prevalent and paper towels are a premium, and where grown-ups still come to work everyday and try their best. Where sometimes you’re on your own to soothe yourself.

He’s also ahead because he knows what it’s like to be punched in the ribs by a kid who comes from a troubled background, but through clever conflict resolution cooked up by the AP and beloved gym teacher, plays a strong game of basketball with him, on the same team.

The next part of the journey? Figuring out how to get my son to the far reaches of Neptune Avenue everyday. 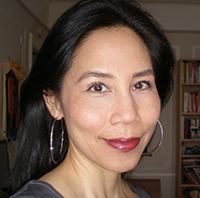