Please Don’t Feel Bad About Eating a Burger in Front of Me. ~ Molly Patrick 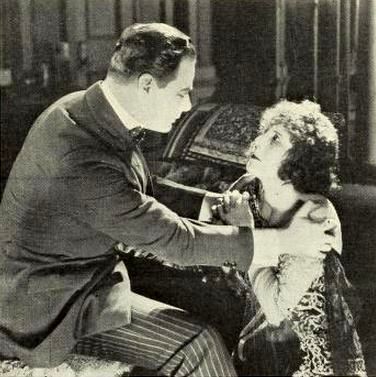 Before I launch into my vegetarian/vegan break-down, I’d like to highlight a few things about myself.

I have been a vegetarian my whole life and a vegan since 2009. Going vegan was one of the best things I’ve ever done for myself (it’s right up there with getting braces when I was 30).

I have never dated a vegetarian or vegan. This choice hasn’t been a conscious thing per say, I’ve just always been more concerned with a person possessing a sense of humor and general pleasantness of character.

It doesn’t bother me when people around me eat meat. I’m not the boss of someone’s diet. Please eat what you want and please don’t feel bad or guilty about it.

Okay, great! I’m glad we now have this understanding. Now onto the break-down!

There are generally three categories of vegans.

While I love animals and am disgusted with factory farming and the meat and dairy industries in general, I can appreciate a pig slaughter when it feeds an entire village.

I have been to some extremely impoverished parts of the world and I can tell you, that shit opens your eyes and heart. If I had a chicken with me in some of the places I visited, I would be the first to give it to a family so they could have something to eat. Between this fact and considering that I also have a huge crush on Anthony Bourdain, the “vegan for the animals” title doesn’t really suit me.

The evidence is out there and it’s clear: animal protein causes an enormous amount of health problems. And by contrast, plants keep us healthy and strong and can not only prevent but reverse a lot of the major illnesses we face today. I am absolutely fascinated with how a plant-based diet relates to people’s health and have no doubt this is the only way to go for one’s health.

However, I enjoy a smoke and a drink from time to time and would marry chocolate if I could. So, I can’t really get on a soapbox and preach to people about what they should or shouldn’t be doing for their health.

Meat production is crap for the environment.

Cow farts, fossil fuel for transportation and soil and water degradation are just a few things to consider. A local, plant-based diet is absolutely best for the environment. No question. And I really do love going to farmers markets and saving my food scraps for my community garden’s compost—but I also drive a car rather than walking or bicycling to my destination, and go in big fuel-chugging airplanes to places that are really far away. So, I can’t really call myself an environmentalist.

Talk about 50 shades of grey and then some!

When pondering my own reasons for being vegan and where I fit into all of this (given that I write vegan books, run a vegan website and inspire people to eat better), I always come back to the same conclusion: I am first and foremost passionate about helping people feel better, and I just happen to be vegan.

In all honesty, I became vegan because I was working for a vegan company and felt like a fraud because I wasn’t myself vegan. I decided to cut dairy out for a month and see what happened. After the first three weeks, I had more energy than I ever had before, I had moments of pure mental clarity, my clothes were fitting better and my skin was even glowing.

At that point, I knew there was no going back. I was hooked and I wanted to help people feel as good as I did (if, and when, they were ready).

So, even though I don’t agree with most of PETA’s marketing tactics and I am the first to admit that a lot of vegans rub me the wrong way, here’s what I can say for sure, with total conviction and confidence:

>>There are thousands of reasons to eat less meat and dairy and none to eat more.
>>The cleaner you eat, the better you will feel. Period.
>>Clothes will fit better, energy levels will spike, money will be saved and a heightened optimism towards life will manifest.
>>When you are ready and you want to eat better, I will be here for you every step of the way (and in the meantime, I will never, ever judge you for eating meat or dairy).
>>At the end of the day, it’s all about feeling awesome. Not just good or okay, but feeling excited just to be alive. And yes, it has so much to do with what we put in our mouths.

The journey to eating better is just that, a journey. Some people can give up crappy food just like that, but for most people it’s a process that takes time. Allow yourself the time it takes to change your eating patterns. It does not happen overnight. And, if at some point you crave a burger, eat the damn burger, enjoy and then get back on the clean eating train.