So You Dated a Girl Who Travels, Settled Down & Had Kids. Now What? ~ Caroline Mellor 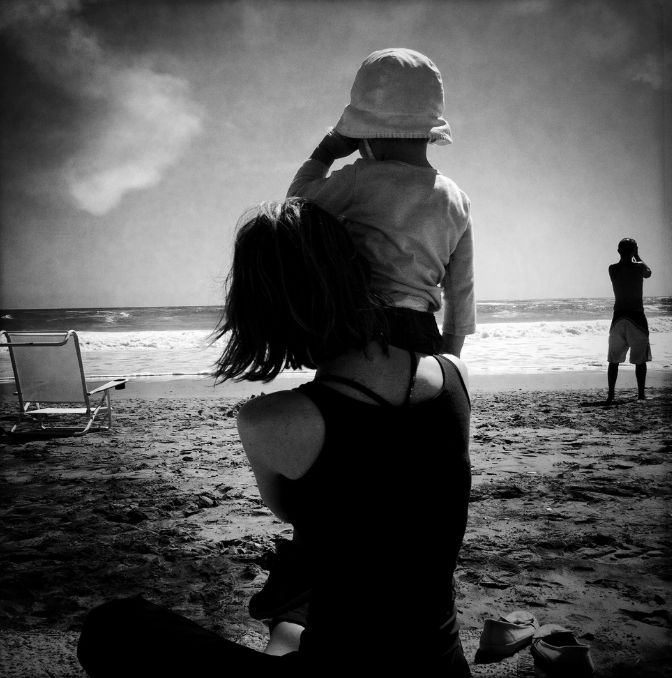 You fell in love with her free spirit and the sparkle that lit up in her eyes every time you said: Let’s just go.

You were seduced by the way she smelled: of sweat and sea air, essential oils and sun cream. You watched the sunrise over the mountains together and lay beneath a blanket of stars by firelight in the desert. You swam in turquoise seas, lived in an old 1950s bus and made friends from all over the world.

You missed her when she disappeared for a few months at a time—but knew better than to try and stop her.

When you couldn’t get away in winter, you watched movies about faraway places and drank chai and Spanish wine and ate exotic food and fantasised about your next trip.

She thought she’d never be tied down.

She had too many adventures to go on, too many places to see, too many stories yet to be told. And yet, somewhere along the road, your hearts entertwined. Perhaps inevitably, you began to put down roots. You created a home together and grew a garden around it.

And then the most magical thing happened: you started a family.

And just like that, the rip cord marked Eject!, on which she’d kept one finger lightly resting all these years, vanished.

She learned a long time ago that life really is much, much too short for regrets. Besides, it’s not in her nature to look back. She’s more in love with life now than she’s ever been—and when she loves, she loves with every spark of fire in her being.

That’s not to say that, from time to time, she doesn’t question whether she’s wandered too far from her wild nature. She looks at old photos and sometimes wonders what happened to the girl with the tanned skin, the flat abs, the anklets and the golden glow of the sunset in her eyes.

Of course, she plans to travel with her children. Chances are they’ll grow up with their noses in many books and their toes in lots of different oceans.

And motherhood has in itself, without doubt, been the richest and most life-affirming journey she’s ever been on.

But for now at least, the spectacular privilege of being able to hop on a plane with a few clothes, a toothbrush and a passport, and emerge hours later in a different world, with different rules—to leave it all behind and just go—with no idea where she might end up, has been put aside.

Because babies and children don’t really work like that.

So she keeps the soul-flame alive by traveling any way she can: the inner journeyings of meditation, learning, reading, writing, dreaming. And she dreams of travel. With her children. With you. Alone. To the faraway or, at the very least, the elsewhere.

Disregard these dreams at your peril: they reside at her core and pull on the sinews of her heart.

She needs movement. Encourage her to sustain a yoga practice, to go swimming, to run, to dance. Without it she will turn to stone.

Go on family camping trips and listen with her to the sound of rain on the canvas. It takes her to monsoon in the jungle and springtime in the mountains.

Don’t bat an eyelid when she quietly slips off her sandals to walk barefoot through the park. And if she takes off her shoes at a wedding or in an ancient woodland, don’t bother asking why. She will never quite be able to reconcile being in a space she considers sacred with having her shoes on.

Hold her if, for some unfathomable reason, she grows desperately sad at the sight of raindrops on still water or if you catch her standing motionless among the spring blossom as it flutters down like snow.

Let her haggle in a completely inappropriate upmarket shop, and be surprised when, in a spirit of fair play and friendliness, she manages to shave a few pounds off the price.

Understand why she’s looking at flight deals online even when you’re struggling to pay household bills. Part of her needs to fly—even for pretend.

And, as far as possible, travel. It will feed her spirit and enrich your whole family.

And if you can do all this and more, you will be rewarded with the rarest and most precious of creatures.

For she is capable of love without limits.

For she will pass on the breadth of her experience to your children and make each day with them a fantastic adventure.

For she has learned the wisdom that the real journey often starts when you stay in one place.

And above all, for she has chosen you to travel alongside her on the greatest trip of them all.

Just go with her.

Date a Boy who Serves.