The Curious Case of a Man & His Mint Allergy. ~ Yaisa Nio 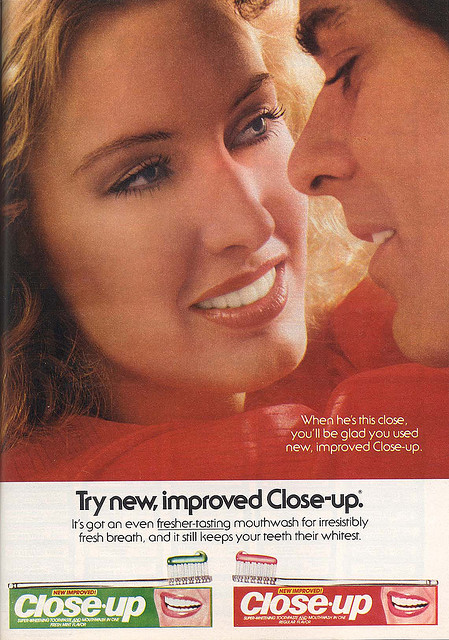 Never before have I known someone with an allergy to mint, until I met my husband.

Those of you who’ve been following my blogs for a while know that my husband is often a source of inspiration to me.

And those of you who know my husband will agree with me that he is a bit of a peculiar guy.

Take his mint allergy for instance: it’s not an allergy as such—the kind that makes him break out in unbearable itches, blow up like a balloon or have an epileptic shock after ingesting a minty product.

He just intensely dislikes it. Loathes it.

The smell of mint makes his neck hair rise in revolt. An accidental intake of mint makes him vomit unless he spits it out and manages to wash away any traces of it in time.

And he has a sixth sense for it. He will smell it from unbelievable distance and taste it in dishes that have a minute trace of it.

There is no fooling him and he’s incapable of pretending it’s not bothering him.

We are both convinced the origin of this repulsion lies in a traumatic childhood experience. He can in fact remember he used like to mint candies when he was younger. Whatever happened that made him abhor this ingredient so much is a mystery. Perhaps he should consider hypnotic regression therapy, just out of curiosity.

Now that would also be a great topic for a blog… but I digress.

Living with this mint “allergy” or the psychological revulsion version he suffers from, has complicated his life—and mine—in certain aspects.

Brushing teeth for example. Not only does he detest normal toothpaste because of the obvious mint taste, but he can simply not stand watching other people brush their teeth. The mere thought of foaming toothpaste dripping down someone’s chin is enough to turn him off, for a long time. So no romantic morning rituals in the bathroom for us. I always brush my teeth by my lonesome self.

And has anyone ever noticed how many tooth brushing scenes there are in movies and on television? It’s such a common and daily theme that nobody really notices, but he will literally turn away to spare himself another wave of nausea.

Chewing gum has the same effect on him. Of course the mint or menthol ones are the worse but also the strawberry or coca cola flavoured bubble gums are on his no-go list. Someone chewing on gum in his vicinity? He will subtly move away and get some “fresh air” somewhere else.

One of the times I saw him in one of his most miserable states, was when we were packed like sardines standing in a tram for half an hour. The person squeezed against him decided to start chewing on a nice, fresh, minty piece of gum. It was all my husband could do not do puke in his face and it was all I could do not to pee myself laughing.

Because it’s just one of those odd things we should laugh about in life.

Although sometimes it lands him into seriously uncomfortable situations, it’s hardly life threatening, in his case.

So yes, I tease him about it now and then and tell everybody who wants to hear, that I probably have the only lover in the world who prefers his partner not to brush her teeth before she kisses him.

But in daily life I’ve adapted a few things to make his life easier. And perhaps the rare few out there with a similar problem can find some consolation in the list of tips below.

1. I’ve switched from regular toothpastes to natural ones without mint.

Not only do I do him a favour with that, but also myself. Natural toothpastes do not contain fluoride and the myth regarding fluoride and prevention of cavities is long since busted. Fluoride has even been proven poisonous. My husband found a particular baking soda based toothpaste that he can handle, so in case you were wondering about his oral hygiene, no worries—he brushes his teeth. When he runs out of his toothpaste, he just uses a bit of baking soda.

I never was a big chewer, but now it’s simply not in my habits at all anymore. Benefits following from this: less dental erosion and a slug of other risks related to chewing gum.

3. I don’t do mints, breath fresheners and mouth wash anymore.

This means that I spare myself of unnecessary sugars, carcinogenic artificial sweeteners and other unhealthy chemical substances. If I need to freshen up my mouth, I just brush my teeth (see number one) and I’ve heard that chewing on fresh parsley does wonders for bad breath. Not that I carry fresh parsley on me, usually.

4. When a food recipe requires mint, I replace it with parsley, coriander or basilicum.

No big deal and it’s a way of getting creative with spices.

5. I miss my fresh mint teas, but appreciate them (and all other minty drinks and dishes) all the more when my man not around.

It’s like the forbidden spice; I feel so spoiled when I can drink a mojito without remorse.

And the bonus of it all: my guy will kiss me even when I have eaten enough garlic to keep Dracula and all other vampires in the world at bay.