The New Old Age of Spirituality. 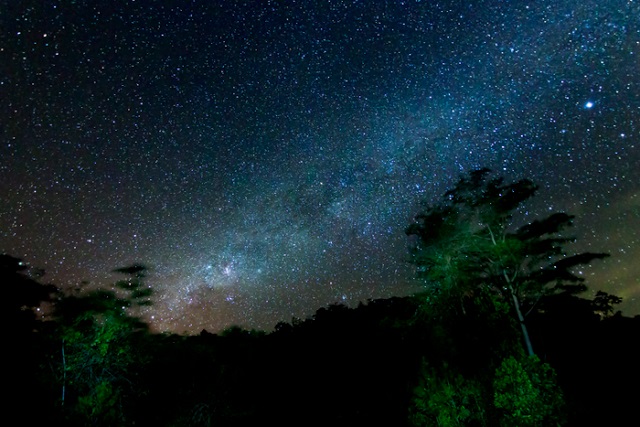 I love the age we live in.

In fact, if I had a choice to incarnate at any stage in our history, this would be it.

This is the first time that we have interconnected all the peoples of earth. A global culture has been birthed, and we are all part of it. Science and technology have had both their advantages and disadvantages over the last few generations, but the fact remains they have been integral to interconnecting us through the near instantaneous sharing of information, the movement of people and the blending of ideas.

Through this sharing of information, we have come to realize that all the various cultures and traditions are really not that different from each other.

We are all uniquely human beings, with all the idiosyncrasies that come alongside that.

“Truth is one; the wise call it by many names.” ~ Hindu scripture from the Rig Veda

We’ve also come to realize that near all the world’s religions, at their core, say the same thing: we are but one part of the one source. Essentially, they aim to bring us back to unity. The differences reside in the way that humans have tried to explain ‘God’ and what it means for the way that we should operate individually and culturally.

We’ve also come to recognize that each individual is as worthy as the next. In this global culture racism, prejudice and bigotry are not condoned. There are no better or worse persons; only more developed or more enlightened people.

Ego overcomes vanity. At our core, we’re all as valuable as each other and all of us have the opportunity to connect with the place we began and the place we end: Oneness.

This understanding isn’t new. It’s old. The ancient traditions of tribal societies had very similar conceptualizations of reality. Their wisdom goes something like this: we are each a flame in the eternal fire. We are both the flame and the fire. We are all interconnected to everything that is.

And it’s this wisdom which is refreshing itself in modern scientific understanding.

“I would be willing to bet that the present right-thinking consensus will come to seem laughable in a generation or two—though of course it may be replaced by a new consensus that is just as invalid. The human will to believe is inexhaustible.” – Thomas Nagel

Science has been a dominating bearer of truth for several centuries. And in many ways its fair enough too; the model of observing, hypothesizing, predicting, experimenting and concluding is an invaluable approach to ascertaining the reality of reality.

In fact it’s been so successful that the scientific orthodoxy has become arrogantly closed systems of thought, believing that they have found the core answers to the question of existence. How confused they are. But thankfully, the tide has been turning and its momentum accelerating.

The leading metaphysics within scientific dogma, which explains the fundamental nature of reality, is called Materialism (or some variation of it). Basically, it asserts that everything is made of matter. Yet over the last century and especially the past few decades, quantum physics—as well as other scientific disciplines—have illustrated that this cannot be correct.

We are now entering a scientific era where it is just materialist woo-woo to think that matter is the primary stuff of reality. Our collective understanding of the world is changing.

“All matter originates and exists only by virtue of a force which brings the particles of the atom to vibration. I must assume behind this force the existence of a conscious and intelligent mind. This mind is the matrix of all matter.” – Max Planck (founder of quantum theory)

The problems are that mainstream society—because of anger towards religions and the martyring of materialist bigots—have jumped on the bandwagon of the atheist priests.

There are also a myriad of scientific, corporate, government and undercover establishments which have an agenda to suppress the wisdom of ancient and modern understanding due to their capitalist and other ideological interests. Especially power. The beautiful and inspiring thing is, it may have hindered the rise of our conscious global culture, but it hasn’t stopped it. And it won’t.

“It was not possible to formulate the laws (of quantum theory) in a fully consistent way without reference to consciousness.” ~ Eugene Wigner

We are at a crossroads. The revolution of the consciousness of our global culture is our stake. It’s already appearing in scientific research, government policy, social development, community integration and individual enlightenment. Slowly but surely we are making progress.

To understand the new-old-age-of-spirituality, is to not just have insight of it, but actually live it. Conceptualizing the interconnection of consciousness is the key.

And I’m not referring to our human ego awareness, but the consciousness which is the synchronizing factor of you and me.

Although it is the human ego which is leading the charge.