The Problem with Making Plans. 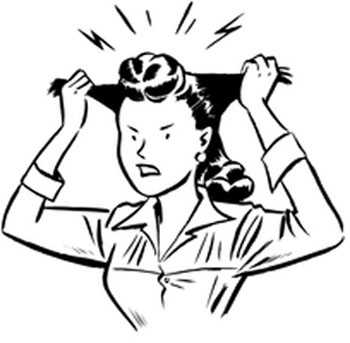 I used to believe in this thing called the Law of Attraction.

Maybe you’ve heard of it, maybe you haven’t. Basically, it follows this concept of manifesting reality based on our thoughts—what we think, we become; what we imagine, we make real.

And just to be clear, I see great truth in much of that. It’s not rocket science to understand that what we put out into the universe usually comes back around, whether it’s good or bad or something in between.

However, I’ve recently discovered some faulty misconceptions that I’ve been dying to address when it comes to this “manifesting” business. In fact, I’ve decided trying to manifest our reality can be a load of bull.

Let’s rewind about a year back, to when I got my hands on certain materials that carefully outlined the nature of this Law and how to make it work in my own life. I read over and over again, carefully absorbing everything down to the punctuation of each chapter. I read countless success stories, all illustrating a simple practice of envisioning the reality of one’s dreams and watching them come true. Easy, right?

Right. Which is why I started employing those same practices—writing journal entries as my future self, raving about how grateful I was for the amazing job I had landed in the remarkable city where I lived, acting as though I already was the person I always wanted to be and had all the things I’ve ever dreamed of having.

I forced myself with every fiber of my being to believe it, too. I wholeheartedly and sincerely believed that I would be that up-and-coming ballerina in that amazing company and in that remarkable city. I had every intention to watch my reality manifest before my eyes, in the exact way I had written about it, because that’s what the Law says: Be specific. Write it out to the finest of details, and write it like that life is already yours.

And of course this was a simple task for the obsessive planner I already am.

Fast forward to a year later, and here’s the plot twist: That life I had so carefully laid out, word by word, scene by scene? Yeah, I didn’t want it anymore.

And when these changes first made themselves apparent, it felt like the calm little pony I had been riding suddenly became a bucking bronco, throwing me 10 feet off his back.

How could this be happening? After spending so many hours writing every ridiculous little detail about the life I pretended was already mine, how could it not manifest itself into my reality? Where was the big “aha” moment for which I had so diligently planned?

And that’s when I had a different “aha” moment, one much less expected, but nonetheless crucial to my journey of self-growth and discovery thus far:

Sure, we can make all the plans we want, but things will happen anyway and we’ll have to keep going.

That doesn’t mean we’re giving up on that obsessive dream that graced every page of our journals, nor does it mean we “didn’t try hard enough” to manifest it into reality (yes, that was one of my initial thoughts—seriously). It just means that we’re meant to travel a different path, and when things don’t work out, perhaps it’s a sign to change direction.

And every change in direction is a point at which our destinies shape us to be more of who we are, and less of who we’re trying to be.

So, here’s the problem I have with this Law of Attraction stuff: Yes, it’s great to embody and therefore put out positive energy. It’s wonderful to think good thoughts, to have big dreams and the guts to chase them. But, the idea of manifesting our realities through such detailed planning, is quite limiting.

The future is meant to be open to possibility, capable of becoming anything that could serve our unique purposes—not folded and tucked away into a box labeled “plans.”

And while we’re talking about the future, that’s another problem I have with the instructions for making this Law work: How can we ever be present—really present—when all we’re thinking about is the life we hope to have someday, rather than the life we have this day, in this moment?

Don’t get me wrong, having goals and making plans are good things to do, if we do them mindfully; that is, if we can have an idea of where we’d like to go and what we’d like to do, without limiting the potential for what else could be.

I spent so much time planning for my ideal reality. I was convinced it would be mine. But now, I know it won’t be. And interestingly enough, I’m okay with that (now).

And after I got over the fact that no, I didn’t fail at manifesting my reality, I decided that this underlying sense of possibility, this immeasurable spectrum of potential—these are the things that make life worth living, even if they scare us and make us cry sometimes (or often).

It’s in the thick of our uncertainty and doubt that we become curious, and it’s our curiosity that opens the universe to us. We don’t need to tell the universe exactly what we’re going to do or pretend we’re already doing it; we just need to keep walking along the path on which we find ourselves, wherever that may be, fully aware and understanding of our miraculous presence on this journey.

After all, the things we experience in place of the plans that didn’t happen are the things that make us who we are, showing us where to go next, if we’re paying attention.

My grandmother always says, “we make plans and God laughs.”

So, instead of trying to manifest the path of my destiny, I think I’ll just keep walking as I am—expecting the unexpected, surrendering to possibility and getting in a good chuckle with God.