The Truth About Commitment. 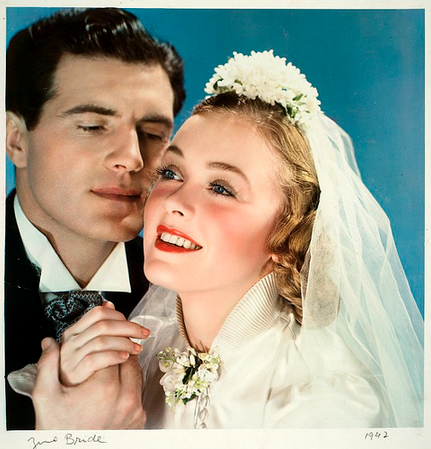 Something alchemical happens to a human when they experience the potency of commitment.

Life comes with a list of requirements that range from basic survival to overwhelming joy. Commitment encompasses everything on that list.

Commitment is the ground floor and the top rung. So, why is it then that so many kowtow to ambivalence?
Is it not failure but the fear of failure? The phrase makes sense and yet it is as much a platitude as live in the now.
Humans are wired for fear and we will fail. But more than this, we are wired to survive.

Even the exhausted, distraught and weariest of souls experience a split-second if not thousands of split-seconds of hesitation before they take their own lives.

As paradoxical as it may sound, the difference between life and death is commitment.

And commitment is not an intrinsic instinct. Commitment requires years of experience, a child-like sense of discovery and an acquired tolerance of constant interchanges of emotions and intelligent assessments.

True commitment is the liaison between notions and tangible creations.

But more than this—in a world that demands attention in a thousand different directions commitment is the commander and chief that quells the cacophony. It focuses our thoughts, actions and brings us in line with our essential nature.

It requires an excessive amount of mental acrobatics to behave in a way that is incongruent or deviates from personal truth. It takes exhausting negotiations to forfeit commitment for maladaptive half-measures. Life cannot move forward without commitment and agreeing to anything less is an ill fated attempt to anaesthetize the discomfort of the unknown.

It is not fear that retards commitment; it is a lack of faith in one’s capacity to rise to that which presents itself in the moment and not a moment before.

Weakness is simply a lack of belief or believing in lack.

Men who fear commitment are weak.

As a woman, I have bartered my strength by shaming myself into thinking I deserve less than what is actually essential to my wellbeing.

I am receptive and open to be penetrated by steadfast commitment.

Commitment in life and in a relationship provides both safety and room to expand.

Women are not promised protection nor guaranteed safety. In fact, quite the opposite has been true. The impulse to war, to establish territory and to funnel the spectrum of emotion into either rage or licentious ambitions is wholly a masculine impulse.

It is every person’s right to prioritize their lives however they see fit—whether in a reactive manner or a responsive one. Both have merit and commitment is born from conscientious awareness—the very root of responsiveness.

The moment a person realizes that for every action there is an opposite and equal reaction so too is the efficacy of choice integrated into their existence. In simple terms, you will always end up somewhere but you can’t get where you want to go if you don’t define it first.

In even simpler terms, commitment is not to be feared. It is to be revered.

As with any skill, commitment takes dedication. It is honed and refined over time. It prioritizes the journey over the destination.

In fact, if commitment becomes the priority than that which does not lend to it is allocated into short-term gain or discarded all together. Commitment organizes one’s set of priorities. It takes into account that long-term visions and everyday tasks are intertwined.

That which we are today was decided upon in the past and what will be of tomorrow is unfolding in the thoughts and actions of today. Everything shows up right on time. Commitment can’t force it to happen otherwise.

Commitment is not some game to be played or battle to be won. It is the threshold between having a dream or living it.

Living a lie or basking in the truth are both realities that can be held inside the container of commitment. Yet, so may mistake the container for its contents. Any pain that manifests due to commitment is but a signal to revise, adjust and renew. Commitment is not a ridged energy. It is the quiver on an arrow helping to direct its trajectory.

We all struggle. But, struggling is like the effort given to draw back a bow and gather momentum.

Commitment sets our sights. Then we must take aim and let go.