This is the Story of a Girl Who Found Her Dreams. 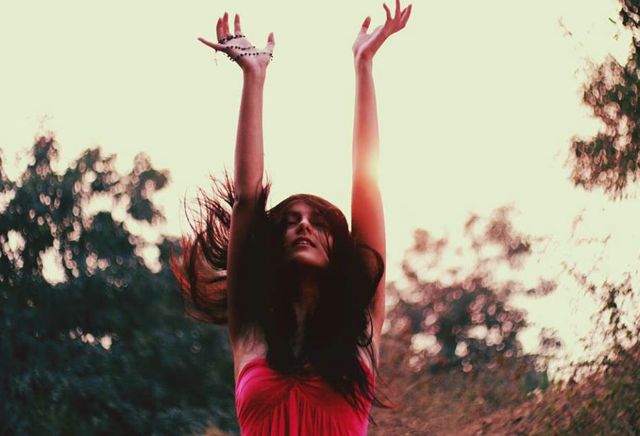 There once was a girl that was full of endless dreams.

She placed them high upon a shelf and when people she knew and loved would come by she would show them: See my dreams, she would say, I am not sure which way or go or which path to take but I have so many. Many nights she would lie in bed and these dreams would filter through her mind so much that occasionally she would try one on to see how it might fit.

Would she be a teacher? A doctor? A vet? A poet?

And time went by and years cycled on. Eventually she took hold of one of those dreams and followed it. She fell so far down into the ideal of what she wanted that somewhere along the way she couldn’t remember who she was or what she wanted to be. Light shined on ideas that she had held to be true and formed shadows. She saw that things weren’t always as they seem.

And then she became a girl without a dream.

She took each one, piece by piece and part by part, and tucked them away. How silly, she would tell the people she knew and loved, how silly it is to think of dreams. Dreams are for children’s stories and those with their heads in the clouds. This is reality, where there are bills and mortgages and lawns that need mowed. This is life, where we get up each morning and go to work and decide what to cook for supper.

And time went by and years cycled on. The girl forgot about what thoughts to think of and how to chase rainbows and stars. She learned that even the sunlight cannot cast out all of the shadows and so she made a place there and stayed. She picked up her mistakes and looked at each one, trying to figure out how they came to be and what she was going to do with them.

The girl accepted that this was an imperfect world full of imperfect people and imperfect days and there was nothing she could do to change that.

And then she became the girl with broken dreams.

She grasped each one and carried them to the garden. She stomped on them bit by bit and disdainfully buried them so far down in the dirt. Don’t look at these, she told the people she knew and loved, they spin stories of unrequited stars and places unknown. I’d like to pretend they never existed, she said. How stupid I was to put any hope into any kind of light.

And time went by and years cycled on, and the girl grew weary. What was the point of living without a star to look to once in awhile? What was the need for the sun when it created days full of shadows? She was lost without a place to rest her head. It was here where she found herself imploding so much, that somewhere out of the darkness a spark ignited. And something wonderful happened.

She became a girl of recovered dreams.

She unearthed seeds planted long ago and saw that the dreams she thought had long ago died, had just been dormant. The girl realized she had been lying in the bed of her mistakes for far too long. It was time to let them go.

Look at these dreams she began telling those that she knew and loved. I thought I had lost them, but they are back. And she picked one out and tried once again to see how it might fit.

There once was a girl with endless dreams. She lost her way for awhile, but she is finding her way back.