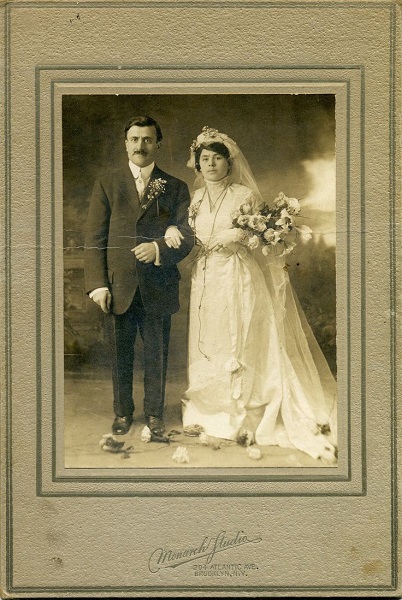 Marriage happens. It is cause for celebration. And it has taken a dive in the polls over the last century alongside religious convictions.

As time marches on there are more arguments against marriage than for it which has the X, Y and Millennium generations stumbling to the altar. These generations come from war-torn marriages; marriages that rebelled against patriarchy and stoicism.

Children who were the product of these types of marriages became parents who often erred on the side of giving their kids what they didn’t have—coddling. Johnny, Jane and the Joneses could do no wrong.

This parenting style bred and breeds entitlement, enmeshment and co-dependence. That is not to say that all parents ascribed to pampering their children. And the one’s that did gave their kids a good reason to not get married.

Marriage is now something to hold at bay until circumstances are favorable/ideal. Favorable circumstances include being financially sound, wanting to start a family and having the support to do so (from the government or employment), completing education, finishing with sowing wild-oats and going through your first divorce because it takes practice to stay married.

It takes practice to stay married because fairy-tales aren’t just stories; they are propaganda perpetuated in media, cultural stereotypes and capitalistic apertures. Further, the archetypes of hero and damsel-in-distress are fused into our psyches.

Much like ejaculation, there is something gratifying about the release that comes from being rescued. In fact, in an almost habituated manner many people ascribe to the notion that marriage will be a place of refuge where they can be rescued.

This notion is only true if “being rescued” is equated to having a companion that reflects back strengths and weaknesses in a way that supports greater ownership of the Self, therefore refining one’s ability to respond to the world rather than instinctively react to it.

Conversely, if being rescued further enforces co-dependent patterns between rescuer and victim then nothing but rhetorical drama will be produced in such a relationship or marriage.

Children get rescued. It is necessary for their survival to have a caregiver supply food, touch, care and other basic needs. Adolescent independence/rebellion is an initial negotiation at self-sufficiency. Adults manage childish impulse and adolescent rebellion by learning how to be interdependent (some adults do).

But, the modern narcissistic view of marriage does not subscribe to the tutelage of interdependence. May people think, “I’m going to get married because it is going to make my life better. I won’t have to be lonely anymore’ I will have someone to help me with what I need and if it doesn’t work out according to plan we can always divorce.”

So why get married?

The simple answer is, “Get married because you possess the capability to trust another person with your life.” As a child, trust is innate but as an adult it is something that must be earned—from Self first before it can ever be received by another.

Life is heartbreaking in that well formed beliefs get betrayed, hopes get thwarted and relationships pass like the seasons. Trust is a muscle that gets built by weathering life’s heartbreaks. Trust and a resilient spirit go hand in hand.

Many believe that love is all you need. True love restores the soul and is like a flame in a fire place and trust is the bricks. Without it, the house burns down.

Further, trust supports faith. They are symbiotic. Trust catalyzes personal growth. It is rhythmic. And while trust can be broken; it takes trust to repair. If nothing more than this, trust is the reason to be married.

11 Ways to Maintain a Healthy Marriage.