Congee, or rice porridge, is the Chinese equivalent of chicken soup.

This healing comfort food is traditionally eaten when a person is sick or feeling weak for any reason. It’s gentle on the digestive system and very nutritious, and unlike chicken soup, can be made totally vegan. As an added bonus, it’s incredibly economical and easy to make. All you need is rice, water and some creativity.

To make Congee, the most important ingredient is the rice.

Choose long grain rice, either white or brown and rinse in cold water. Rinse the rice until the water is clear, without any starch making the water look milky. The ratio of water to rice is different when making porridge than when cooking rice normally. For a thicker, heartier porridge the ratio should be one cup of rice to about eight cups of water. For a more soupy texture, go for one cup of rice to about 10 cups of water.

Add the rice and the water to a large pot and boil, stirring occasionally. Salt the water as you normally would when cooking rice. It will take approximately an hour for the rice to cook, and the grains to fall apart to create the texture of the porridge.

In my experience, one cup of rice and eight cups of water makes about eight bowls of porridge.

Now, we come to the fun part. This is where you can get creative about what to add to your congee canvas. You can add anything that strikes your fancy, but here are some traditional examples:

Another traditional porridge recipe is to add spicy fermented tofu. It might not be at your regular grocery stores, but you should be able to find it in most Asian market places.

Other fun things to add: fried onions or shallots, garlic, pickled ginger, or any pickled vegetables.

Adding a fried egg on top of any porridge recipe is a traditional South East Asian variation. You can also scramble an egg directly into the boiling porridge, or fold an egg inside hot porridge and leave for a minute to poach. For the culinary adventurers, try adding a little bit of century egg. Be careful though, those things are powerful!

If you’re in need of a little meat, choose chicken or pork for this recipe. Cutting the meat into small bites and adding it into the boiling porridge near the end will allow the meat to cook thoroughly and quickly. Season the meat prior to adding it to the pot with soy sauce, sesame oil, salt and pepper. 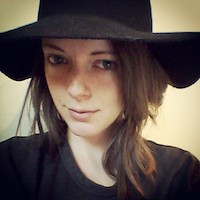 K.L. Muyskens is a student of life. She loves learning about health, history, and even food. She has more than one activist bone in her body. She enjoys traveling the globe, i… Read full bio