Ask Me Anything: On Cheating Spouses & Non-Gimicky Crash Diets. 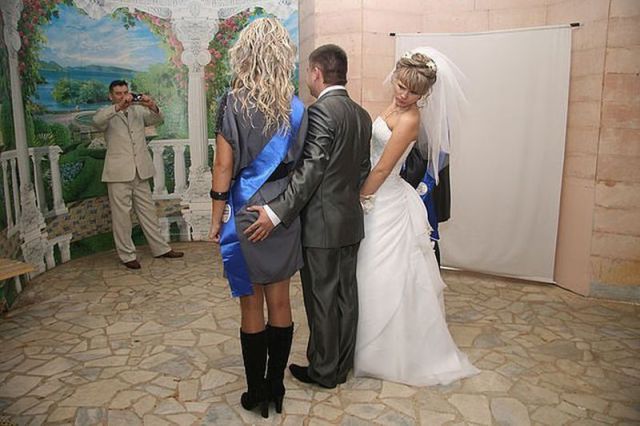 Welcome to this weeks Ask Me Anything, elephant journal’s weekly advice column.

To submit questions for next week, please email me at [email protected]. All queries will remain anonymous. I look forward to hearing from you!
Dear Erica,

When my [now husband] and I first met four years ago, things were great for a couple of months. I fell madly in love with him and wanted a future and family with him. He went on a trip with his friend and came back a much more secretive person.

A couple of months later, we found out I was pregnant and we vowed to improve our relationship. He continued being secretive and I found out he was talking to several different women on a romantic or sexual level. To my knowledge, he stopped around the time I gave birth to our amazing son, but then started back a couple months later.

We split up, only to get back together four months later. I did not love him, but couldn’t stand to be apart because of our son. I just wanted the best for him. My [now husband] proposed and I didn’t have the courage to be honest.

We have now been married almost a year and are miserable. We are here and happy around our son, but avoid each other the rest of the time. We have been through unsuccessful marriage counseling and just don’t have the desire to put the work into our marriage. We stay for our son, but otherwise would not even know each other now. Please help!

As with so many of the queries I receive, I imagine that once you see your words in black and white the issue will become much more clear to you.

To recap: you had a brief love affair, which was great for a couple of months, but rapidly began disintegrating because  your partner was being secretive and you didn’t trust him—for good and concrete reasons as it turned out.

You tried to make it work anyway, got pregnant, and things were good for about one second before he started cheating on you again. In a last ditch effort to salvage the relationship for the sake of the child, you got married and are now both miserable.

The good news is, your path is clear.

There is no reason whatsoever to stay with this man. You don’t like each other and he isn’t honest—even an infant would pick up on those vibes, so please realize your son feels this energy. The belief that you are staying with your husband to protect your son is flawed.

My advice is to separate immediately with an eye to divorce before you become more entrenched. Give yourself and your child the chance to find true happiness.

I’ve gained a solid 15-20 lbs since I quit smoking, turned 40, tore my ACL and went on an IUD all within the same three year period. I’m miserable. I had been so fit in the last decade or so.

I’m getting back into a moderate exercise routine as best I can with my bum knee, but can you provide me with any insight into a non-gimmicky crash diet plan…not diet per se, but some kind of healthy cleanse to help me rid myself of at least 10 lbs in a month, so I won’t feel like a cow all summer.

I’ll spare you the whole “accept yourself as you are” routine, though as a yoga teacher that is precisely what I should advise. I will caution you to remember that you are not your body, and that 10 or 20 or 100 extra pounds—while it does have an effect on your psyche—does not change the essence of you, which is beautiful and perfect as is.

That said, I feel your pain. My weight fluctuates constantly, and when it’s at the upper end of the range I’ll be honest, I don’t feel so great. When that happens, here’s what I do (I do pieces of this all the time anyway, but when I’m cracking down, I put it all together.)

Totally eliminate flour, sugar, caffeine, most alcohol (if I don’t have a glass of red wine on the weekend, heads are gonna roll), white rice and white potatoes.

Each meal should be a combination of clean protein (raw nuts, nut butter, beans, legumes, tofu or seitan if vegan, fish, eggs or skinless chicken, if not) and at least two different kinds of veggies: raw, roasted, steamed, sautéed or braised, all prepared with minimal fat—olive or coconut is best (1 tsp per serving per food).

No more than two servings of carbs daily, and those before dinner. Quinoa, barley, forbidden rice, and sweet potatoes are all good choices.

Eat one or two cheat meals a week—this is ironically the most important part of the plan—otherwise those salt n vinegar chips in the cupboard will overpower your resolve—and that’s it.

It’s a good idea to weigh yourself weekly, at least during the crack down phase, no more or less often, just so you have a sense of what’s going on—but it’s not necessary. I also drink a lot of water, decaf green tea and exercise for at least an hour a day—even if it’s only walking. If you can’t do that due to your injury, this will still work, it just takes longer.

If you stay focused, you will lose one or two pounds a week, which may not seem like much, but adds up quickly.