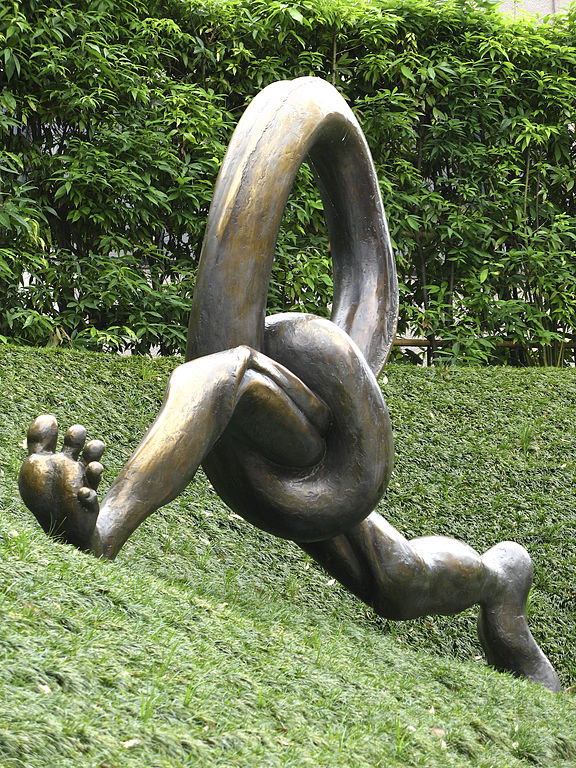 I had a conversation with my brother yesterday, while we were out on our run.

We ran just under 12 kilometers in an hour and 45 minutes. There was a bit of walking, and that’s more than okay. We did our first half marathon about two weeks ago, and there’s still some swagger left in our steps.

At one point, we had a nice flat stretch and we were at a solid seven minute pace for a few kilometers. A few years ago, I wouldn’t have imagined that this would be possible.

He said, “Isn’t it great that we’re really running now?”

I paused, and said, “You know, we always ran. It was always running.”

Doesn’t it deserve to be called running, regardless of pace?

I can see his point. It can be measured as a matter of pace, but I don’t feel the same way when I run. We never came to an agreement, but that’s par for the course for siblings (I do love him dearly).

I called it running when I weighed nearly 100 lbs more than I do now. It was a hell of a lot more difficult then. I was really slow, and it hurt a lot. I ran for 30 seconds at a time and then I felt like I was going to throw up.

When I talk about it now, I say, “Running is when both feet are off the ground at the same time.” It’s short bursts of flying close to the earth. It’s being airborne. A runner might start out at a 13 minute/km pace and eventually manage a 5 minute/km pace. They both feel good.

Why should we bother to be so specific about the language? Does that change the effort or the end result?

Every single day, I see the same fat girl running.

I’m driving and she’s moving along on the sidewalk. Same time, same place. Sometimes—she runs a little faster. If I’m on my way to work, I know that I’ll see her. At first, it was by accident but now it’s on purpose.

I want to see her.

I’ve seen her in downpours; I’ve seen her in snow. She always wears the same outfit, and I often see her at the very same spot on her route, moving her arms just so. I wonder whether I’ve imagined her or if she’s a ghost of mine.

I see her getting smaller as the weeks pass, and I know what is coming. I don’t envy her—this is the hard part of the journey.

When we lose weight, there’s a dramatic feeling of suddenly being visible but also of not wanting to be seen. There is no longer an option to hide in plain sight.

In those fleeting moments when I see her as I drive by, I wonder if she has a version of my own inner dialogue:

When I lie down, my breasts tilt to the side. It’s just gravity doing its work. They hang in quiet mockery of what they were, soft pink moons of statue stillness.

My belly, the skin of it? It’s a map of my life. It shifts to the side like sand. It’s all valleys and hills instead of plains. It’s a vast desert of shifting lines, scars, veins, folds, the vestige of a bruise from the bedpost. It’s a wasteland, can you see it? Can you see me?

Where a flat tummy should be, there is instead a reminder of a form that was. I live in this eggshell, and it feels like a cracked and useless thing.

There is still so much of me that is invisible.

We call it running when we leave those thoughts behind—however far, fast or slow we go. Put on black pants, shirt, running shoes, grab water bottle and then go. Living is pushing past what we think we can do.

I want her to know that I have counted the steps and waited breathless for the pain to subside. I’ve wept at a knee that aches, at a hip flexor that won’t stop bothering me, at the sting of rejection or sneers (real or imagined) from the sidelines. I’ve counted slices of mango in the mornings and stepped on the scale at just the right moment, knowing that my value hinges on an abstract number.

I wish that this journey were written on my body in a tongue that’s easily understood, for I’ve been in that place. The time between these moments grows longer, and the language that I use changes the inner dialogue. It begins slowly.

I want to tell her that it doesn’t make her broken, crazy or self-involved to feel like the world is watching her journey with quiet mirth. We’ve been the brunt of every joke for far too long. I’m not laughing.

I want to stop and shake the wisdom that I’ve found into her, but it’s not my place. I’m in the car and she’s on the sidewalk in the rain. I hope that she is stronger than I am.

It’s a very slow pace, but I want to call it running.