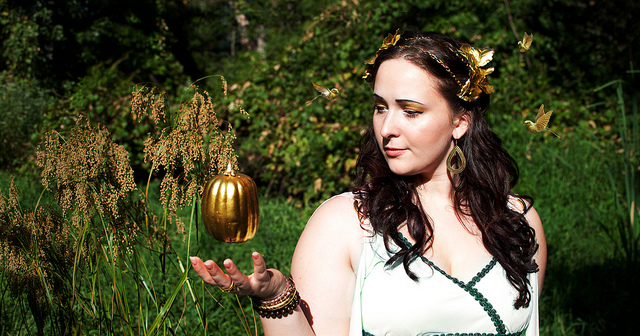 The grace, serenity, courage or sense of mystery that prevails the essence of womanhood and femininity is lost in a sea of superficial and exploitative imagery.

Thanks to our prevailing patriarchal society, many women mould themselves into a distorted image of feminine expression that has been imposed upon us.

Wisdom, justice, beauty, harmony and compassion are the qualities that have traditionally been identified with the Divine Feminine. It seeks responsibility toward the planet through a vision of sacredness and unity with life.

The Divine Feminine is an invisible flow of energy which brings life into being, sustains and transforms it, and withdraws it into a hidden dimension for rebirth or regeneration. This process is rhythmic and rhythm is a primary characteristic of the Feminine.

The loss of the Divine Feminine affects all of humanity and life, not just women. By denying part of the whole, we deny part of who we all are. By valuing traditionally masculine qualities and denying feminine ones, we perpetrate a culture of aggression, violence and exploitation. Without the Divine Feminine we witness a world without her presence, a world which we exploit for greed and power, which we rape and pollute without real concern.

What we do not realize is that this patriarchal denial affects not only every woman, but also life itself. When we deny the divine mystery of the feminine we also deny something fundamental to life. We separate life from its sacred core, from the sacred web that nourishes all of creation.

To awaken from the repressions of patriarchy we need to reclaim the Divine Feminine for both the wellbeing of the planet and our own individual empowerment. The ecological and social dysfunctions that we are witnessing points to a culture that has long forgotten the sacredness of the Divine Mother and the feminine understanding of the interconnection and wholeness of life. As our lives become more superficial and disconnected often ladled with addictions and consumerism, our souls crave real connection, depth and meaning.

So how can we reconnect to the Divine Feminine? The Divine Feminine is connection to life itself. It is a mysterious and undeniable force that nourishes all of creation. Every woman is connected to the mystery of her cycles, which are linked to the greater cycles of life.

She feels a calling to reconnect to the power and wisdom that resides within her, an intuitive knowing that is part of her very essence. She understands the interconnectedness of life and how all the parts belong together. The divine light of her soul creates a body in her womb, giving her own blood, her own body, to what will be born.

Connection to the Sacred Feminine is not only needed for women, but for all of humanity.

Men also have a yearning and need to be nourished and healed by her presence. Without the Sacred Feminine, nothing new can be born which is currently exemplified by the devastating account of patriarchal culture destroying its own ecosystem.

Thus we all need to reclaim and reconnect to the healing power and transformative potential of the Sacred Feminine in order to reconnect us to the soul and earth, and pull us from this time of global crisis. If we remain stuck in the masculine attitude that has caused the problem, we will just compound the crisis. It is only by reintegrating the whole, both masculine and feminine together that we can transform the world.

Thus, it is time to honor the full, mature depth of what it is to be human. We can no longer afford to cut off and deny parts of who we are as this creates wide spread destruction both internally and externally, and stops us from living a full, authentic and complete life.  Both the masculine and feminine energies are to be integrated and understood as two separate expressions of the one indivisible life energy: earth and heaven, feminine and masculine, female and male, for each contains elements of the other and each cannot exist without the other. 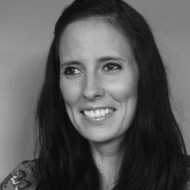