Meditation is Cheaper than Therapy. 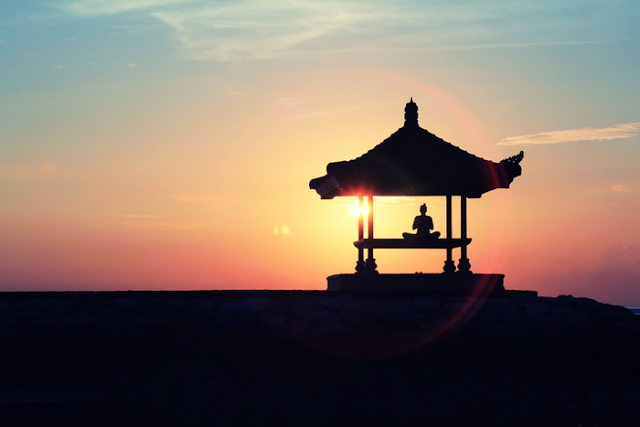 This is my story. Some people will have very different stories than mine. I know therapy works for some people. It just didn’t work for me.

So, don’t take this as a judgment against therapy. It’s not. It’s just my story.

I have social anxiety and generalized anxiety. When I was a kid this was called ‘being shy’ or ‘being weird.’ I have to preface the story with this because if I don’t, parts of the story won’t make sense.

I vaguely remember some point in my early childhood in which kids told me I talked too much. I internalized that and became a quiet kid. Really quiet sometimes.

I should also mention here at the beginning that for my entire childhood I had an overwhelming and anxious fear that girls would never like me and I would be alone forever. I’m sure it’s rare for someone to start being afraid of being alone for the rest of their lives at the age of seven.

I was really short and girls didn’t really notice me until I started to get taller. I can’t remember a time when I didn’t really like girls and want them to pay attention to me.

But anyway, my dad had an 11 month battle with stomach cancer when I was 15 years old. He died and it devastated me. He was my role model. A guy who never said an unkind word about anyone.

My mother sent me to a psychiatrist.

But I wouldn’t talk to him. I just shut down. I don’t know if this happens to a lot of therapists.

Mom asked me if I wanted to go again and I told her no. She didn’t make me.

It was like lightning striking my family twice. My mother got lung cancer and died when I was 19. (Yes, she was a smoker. If you smoke please quit.)

At the request of my older brother, who is eight years older than me, I went to a therapist again.

This one was different. He didn’t really try to get me to talk. He prescribed me a drug instead.

I gave strangers great big hugs. I stopped thinking about consequences. I started flirting heavily with women that I did not know. That is putting it mildly. I crossed all sorts of lines that we don’t normally cross. I’m lucky I never got myself into serious trouble.

I really struggled with college because, again, I didn’t think about consequences. So, when I didn’t feel like studying, I just didn’t do it.

So, after a couple of years, I got off the pills.

Getting off the pills was like putting my life back together. I still had anxiety, but I didn’t want to try pills again. I found a book on the subject of meditation, Chogyam Trungpa’s Meditation in Action.

And then I found another one. And then another.

I started meditating earnestly. Eventually I would take the step to become a Buddhist, but I didn’t do it right away. And this is important: I didn’t have to. You don’t have to be a Buddhist to meditate. Nor do you have to give up whatever religion you follow.

I didn’t have a religion when I discovered Buddhism…and I guess I wanted one.

It took a little while before there were results. The truth about meditation is that results don’t always come right away. In a way, it’s like exercise. Working out every day doesn’t give you results in a week. It takes time. Meditation works the same way. In scientific terms we’re trying to rewire our brains, to create new neural pathways.

And it’s hard to make ourselves sit and meditate. Probably harder now than it was when I started. I couldn’t stream things on Netflix back when I started meditating, know what I mean? Entertainment is so available in the modern world.

I still have anxiety now, but I manage it a lot better now. I have more control. There are bad days once in a while, but they have just gotten more and more rare.

Compared to back then…well, it’s like night and day.

The main thing meditation does is make me aware of my own mind. I know. When the train of thought that’s entering my mind is harmful, I can try to stop it. Sometimes I can and sometimes I can’t, but I’m almost always aware of what’s going on in my head.

And there have been some side effects.

Meditation has also transformed me into a more loving, compassionate, attentive and caring person.

Here are some changes I noticed in myself:

~ I used to have trouble sleeping. I think most people do. I would lay down to sleep, but my mind would be off running thinking about all kinds of different things and I wouldn’t be able to sleep. That doesn’t happen anymore.

~ I used to have panic attacks in stressful situations. I haven’t had one in years.

~ I used to feel sorry for myself because of the emotional issues I had. I don’t anymore.

~ I used to feel a great distance between myself and others. I don’t anymore. I feel close to everyone now.

That’s just a few examples. I’m sure there are many more. Meditation can change your life. It changed mine.

So go meditate everyone. If we change ourselves, we can change the world.