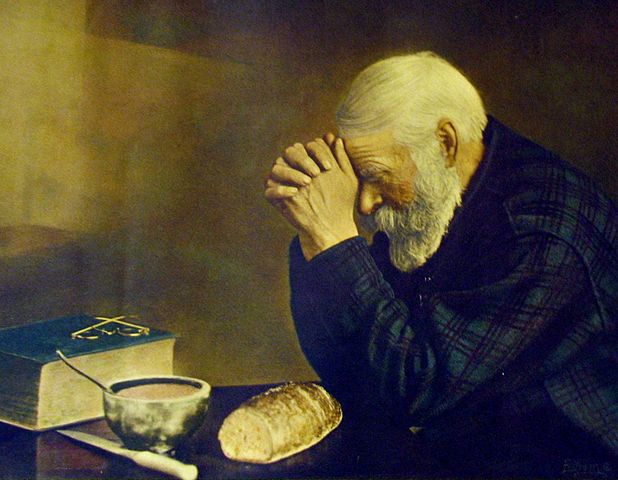 I was always afraid to tell my story.

The cursor mocked me as it blinked mindlessly on the computer screen. It would laugh at me. I would quickly turn around at the rise of hairs on my neck, expecting to be greeted by a shadowy figure but as always, I was greeted by empty space.

The space laughed back also.

The only ghost in this room was my own fear. It was like rejection manifested in chills, fevers, and nausea at the thought of failing at something I had not even started.

The cursor is still blinking; still laughing at me.

There aren’t supposed to be cracks in our armor.

There aren’t supposed to be problems, doubts, fears, and especially no riotous laughing, anxiety, or horror stories coming from the mind of a priest.

They forget that we are just humans. Even the Buddha had to go into frequent retreats after his enlightenment.

So what do you do when you are a devout Buddhist, a dharma teacher, an ‘American Buddhist’ no less, who loves Batman, ghost stories, death metal, power lifting and yet, in spite of all of those things, (which I do alone mind you) also a dedicated introvert?

We are supposed to be perfect you know.

There seem to be two extremes in our world. We are all expected to walk around like the Dalai Lama, calm, always smiling, the perfect manifestation of equipoise, or we are irreverent American entrepreneurs writing our stories with as much shocking filler as possible; the F Bomb Buddha. We sell our façade to whoever is buying. We profit from how we found (       ) insert religion or religious figure here.

We aren’t spreading the dharma; we are selling our self blackened eyes and padded bios.

We are prepping our Time magazine cover for America’s ‘Next Big Lama’. If we are selling the dharma, aren’t we then doing everything the dharma isn’t about? Look, it’s a $19.95 dharma deal; enlightenment over the weekend, only $1500.00. The dharma is simple. I could fit it on a single page. That doesn’t sell books or magazines though. I need a minimum of 1000 words for this site or 200 pages for this publisher. We are selling stories, cloaked in dharma. Wolves in sheep’s clothing if you will.

So where am I? I am writing. I am spilling doubts and fears, insecurities and everything I am not supposed to suffer from as a priest; right?

These are my attachments, my cravings, what I am grasping on to that keeps me bound in the cycle of ups and downs.

I meditate and then watch Batman cartoons. I read the sutras and chant and then have an anxiety attack an hour later.

I must not be a serious practitioner then. I am not committed. I don’t understand its truths. I am just another American using Buddhism in my gentrified lifestyle. No? Then here comes my sob story and my addictions. No? Maybe I am just a simple person. No suffering greater than most. I live with a sense of levity and I write with one also. I am also a fervently dedicated Buddhist, an ordained man of the cloth, but I am still just a human being.

I am that guy in the movie theatre who is still laughing when it goes suddenly quiet. I am that guy that wasn’t paying attention and took the last piece of pizza. I am also that guy who cries over pictures of hurt animals and children. I’m emotional. I am a dedicated mistake maker; a father who probably says ‘no’ only 1/16 as much as he should.

I’ve been studying the Buddhist teachings and sutras on and off since 1995. I am officially a dharma teacher.

But I am no great scholar, no great yogini, not a role model to look up to. I am clumsy and shy.

I am nervous in crowds and I talk to trees and animals like they are actually listening. I feel bad when people squish bugs. If I was a superhero, they would call me Hypersensitive Man; yes, I am just another flawed human being.

In fact, I left the dharma for a period of five or six years and became a debouched comeback story. A cliché’ of American story telling. I’m going to leave that whole part out of this story and just say that I wasn’t happy, nice, healthy, or…well, we can just leave it at that.

Cliché’ over, I came back to the dharma, turned my life around, yadda yadda…here I sit, tormented by the cursor, rambling on about who knows what and hoping it reads well for the 15 or so people who follow my writing.

So is it safe to be just another human being? Can you teach the dharma to others when you aren’t secure in a shiny new façade?

Can I offer a flawed person and hope to make a difference? The rich won’t bite. I offer dharma only without credentials. I have nothing to sell. The middle class won’t bite because I refuse to have followers. I don’t work well with hippies. I can point the way, but I am no great lama.

The poor…I fit right in but do they want to hear it? They are struggling to not be poor anymore.

I am just a friend; a socially awkward, clumsy, a 38 year old who likes Batman cartoons and ants. I don’t really have anything to give you but I can listen. I can relate to the simple ups and downs of everyday life because, I am just another simple human.

Here are my just over 1000 words of trying not to suck at it. Maybe it helps a little.