The beauty of Paulie Zink’s Yin Yoga is that it is a living art form where everyone is encouraged to bring forth their own inner artist. The result: Magic.

What is amazing about this approach to the Yin Yoga practices is how good you feel and how fluidly you begin to move in a relatively short period of time.

Possessing average flexibility as a teenager, Paulie began learning yoga in his early teens from watching Richard Hittleman and Lilias Folan on Public Television and studying Vishnudevananda’s The Complete Book of Yoga. He also began to study Kung fu at a local studio.

Years later while he was in college he would practice Kung fu with a friend on the campus lawn. One day a fellow classmate who had been observing them for some time approached Paulie and said, “Your Kung fu is lousy.”

Unbeknownst to Paulie the stranger was Cho Chat Ling from Hong Kong, a master of Kung fu and Taoist yoga. Master Ling began to teach Paulie and eventually took Paulie on as his sole protégé́, teaching him the art of Tai Shing Pek Kwar, the style of Monkey Kung fu that Ling’s uncle had passed down to him in secret.

Paulie trained with his master for 10 years and practiced six to eight hours a day. Master Ling insisted that Paulie compete in martial arts tournaments. Paulie won numerous competitions including the International Grand Championships for three consecutive years. He has also been inducted into three Martial Arts Halls of Fames.

Paulie’s wife Maria explains how, “through his creativity and playful spirit, insights gained from intensive practice, observations of animals, and independent study of alchemy, Paulie further evolved the traditional Taoist yoga he was taught into his own unique style by developing numerous postures and variations, movements, techniques and philosophy. For Paulie, his art of yoga is a dynamic living system that he continues to expand and deepen.”

When Paulie began teaching martial arts, the first two to three hours of his classes were Taoist yoga. To be able to move low to the ground like a monkey, flexibility is essential. In order to develop the range of motion needed to embody the nature and movements of the monkey, one’s own primal nature must be restored.

This is accomplished by employing Taoist yoga practices which include breath, movement, meditation and flexibility training along with other techniques found in the martial arts.

In his earlier years of teaching, most of Paulie’s students were men who tended to be stiff muscle bound martial artists. Paulie taught them only the beginner level, the yin aspect, of his yoga in order for them to grow enough flexibility to develop fluidity in motion and to do the low stances of his Kung fu.

It is this first stage of his complete art of what he called Taoist yoga for many years that became popularly known as Yin yoga, a name coined by Sarah Powers, a student of Paul Grilley, one of Paulie’s earlier students.

Slow, long holds of yoga poses are characteristic of this basic level.

However, it was only intended to be a fundamental facet of his art, not an end in itself. Paulie emphasizes “growing” the body more flexible, and through this process we restore our innate ability to flow in movement. The initial attempts at flow will often be choppy; but with consistent practice the student can develop a seamless grace in transition from posture to posture.

Paulie refers to his art as Yin and Yang yoga, but often uses the term “Yin yoga” for short. The yin and the yang are inseparable. Just as you can’t have a front without a back, a top without a bottom, nor can you have yin without yang; you can’t have one aspect without the other. To think of a practice as simply a yin practice is a misnomer. Motion comes from stillness and out of stillness comes motion. It is the natural pulsation of the universe. The movement between the postures is magical and powerful.

As Paulie himself describes this:

“The most important thing to me is not a static posture, but the essence of the posture. If you are in a posture of an animal or an element and you are not embodying the energetics of that particular posture then you are in a dead or inanimate pose.

But if you are in it with the ability to flow with the energetic quality of one of the elements or animals that is what it is for. It has got a purpose. It is like having musical notes written on a board, and you can see them. What use is it really if you are not going to use them as part of a song?

Once it is put together and you are flowing with it, that’s what it’s about. The postures themselves are the least important. What is the most important is developing the unseen, the spirit that infuses the transitions and the flow of postures. Because that is what they are meant for, so you can move naturally like an animal or an element.”

Unless you experience a class taught by Paulie, you cannot begin to understand the magic his complete art form evokes in you. Designed to bring us back to our primal animal nature, it does so in a lighthearted playful way that belies the strength and fluidity the practice engenders.

Devoid of anything that constrains the student, the student grows by tapping into the wisdom of her own body and into nature around her. Rooted in the ancient shamanistic practices of the cave dwelling healers of China, Paulie’s Yin and Yang Yoga teaches the student/practitioner to move in harmony with nature…to become one with the Tao. The animals, the elements, the seasons and Mother Nature all become teachers and guides.

Living the practice himself, it is inspiring to watch Paulie integrate what he teaches into the fiber of his life, encouraging students to do the same. Learning to take your practice as you move through your life means you no longer have to make time for a special class. Every moment is your practice.

Seeing the infinite potential in each and every student, Paulie inspires you to go beyond your learned limits. No rules, no limitations, going with the flow and not forcing anything, this is the Tao, “the way” of his yoga. Your creative spirit comes out and one day you surprise yourself with what you are doing, effortlessly and filled with fun.

Students often ask teachers for reasons why they won’t be able to do something, or can’t do something. If you ask Paulie, expecting him to give you an answer for why you can’t do it, you won’t get one. Paulie doesn’t teach limitations. Paulie sees the infinite potential in each and every student.

Paulie envisions his students growing into and developing their own art forms, flowing in and out of movements, fluidly and gracefully with their own style and individual creative flair and artistry.

Don’t miss the opportunity to study with Paulie if ever the chance arises. No matter what your age or condition (with some exceptions), your primal nature can be revived and your health improved. By utilizing qi gung (Chi Kung) to clear energy constrictions or blockages, the student begins to move her energy by first untying herself, like a garden hose. Each loosened knot will help strengthen the flow of chi (life force, energy) in the body. The student discovers a practice that is filled with fun, where by doing less, by not forcing, not thinking, not clinging to concepts, more is accomplished.

What is surprising is how quickly you improve with very little practice. The whole question of whether they are doing it right subsides. It becomes all about, “How do you feel?” Neither the child nor the animal in the wild asks, “Am I doing it right?” as they learn to walk and to move. They’re just simply doing it.

Being present in the practice without judgment, doing what feels right, this is what Paulie teaches by example. Students drop the emphasis on what someone else thinks is right and learn to trust in their own intuitive sense and wisdom to move fluidly and gracefully. And isn’t that the reason why we are practicing?

*Quotations by Paulie Zink and Maria Zink used by permission 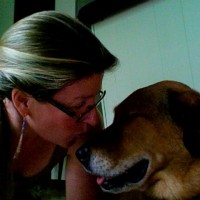