Because I Quit Smoking, I Was Able To Quit You. ~ Regina Wackerman 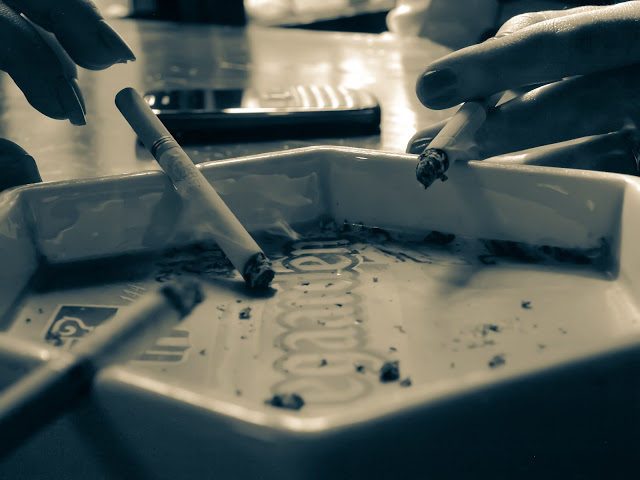 Smoking and quitting helped me get off of you.

You hurt me and I couldn’t take you back. I had to quit you and for good. I knew full well that if I talked to you, or texted you or emailed you in those first few hours after you told me what you told me, I would prolong the pain in the same way I knew that smoking one Marlboro after deciding to quit would alleviate nothing.

Quitting meant that gnawing sensation in my gut would be back. That’s stage one. It’s physical. The gnawing had me back smoking multiple times in the past because I couldn’t get past the gnawing. I wanted it to stop even if I knew the only way to get it to stop was to smoke again.

So I smoked again and then was stuck, back smoking. Until I was told that the gnawing feeling lasts three days and then it goes away. So the last time I quit I decided to ride out the three days. I let the gnawing feeling live in my gut. I never tried to stop it, I worked with it, and sure enough on day three it was gone, or at least lessened to such a degree I could forget about it and the cigarettes it was always pointing to.

Same as when I quit you. The first three days it was a physical withdrawal. I wanted to see you, I needed to touch you and have you touch me. I would have done anything to hear your voice. It was that gnawing feeling in the gut again and so rather than try to shut it up by giving it what it wanted—you, I just sat with it.

I let it gnaw away and it did, for about three days and then it left. What followed was the sadness, which I remembered from quitting cigarettes. It happened like that, in that order—first, the gnawing and then the sadness. The sadness hung around for a while like a cloud. Yes, a cliché, but how else do you describe that feeling when you could cry at any moment and nothing helps?

It is the particular sadness that follows quitting—the sadness of loss. My cigarettes were my companions and I would miss them. They comforted me and I liked that about them. You were my companion too, and it hurt when I considered the empty space where you used to be. At first I tried to fill it in, with food, with wine, with whatever I could pour into myself.

Then I gave up trying to fill it in, and so I entered the next stage, the stark stage, where it was just me, by myself, without you, without a cigarette, without the black cloud. And it was here that a type of stoicism set in. I no longer felt like eating, drinking, or crying that much. And I didn’t want to think too much either, of the past, with you in it, or of the future without you.

One day at a time, they tell those who quit alcohol, and it was like that for me, quitting you.

I knew not to glamorize you once I quit you. That would be a mistake. I did that a lot when I would try, and fail, to quit smoking. I would think of only the good times, and I made them even better in my mind than they had been in life. I remembered the cigarettes and the enjoyment of smoking of them without remembering the headaches or the money spent on them.

I could not make that mistake with you, so I didn’t glamorize you at all in my memory. I left in the times that you snapped at me, or corrected me, or ignored me for a few days. I remembered how you had the power to make my day great or horrible and I had little to say about this.

Smoking was like that too. How happy cigarettes made me when I could smoke, when I wanted to. How sad I was when I could not. How stupid of me to give up my power to cigarettes. Now it was the cigarettes, not me, who determined my happiness. Just like it became you, and only you that determined my happiness, and you didn’t take good care in that role. You let me be sad, when you knew full well how easy it was, and how little it took to make me happy.

Stupid cigarettes, and stupid me for giving them that power. Smart me for not letting you continue to do what I had allowed cigarettes to do. And I saw this too—all my affection for smoking was not about smoking, it was about me, and what I so desperately wanted, and what I believed, mistakenly, that the cigarettes could provide.

Same with you. My attachment to you was not about you as much as it was about me, and what I so desperately needed. Peeling you off of me was peeling off the bandage that covered the wound, which could not heal because the bandage was preventing the air and the light from getting to it.

This is true about the heart. It needs to be honored, and that should be done first, and at the very least, by me. The same is true for my body. It must be honored, and that honor must come from me, to my own body. Sounds obvious, but it only became obvious to me when I gave up cigarettes.

I could no longer do that to my body.

I could no longer feed it poison, pretending that I was giving it what it wanted. I could no longer gloss over what it had been saying to me, through the coughing, the headaches and the shortness of breath. I let my body be seen, by me, and I softened toward it. And for the first time, I wanted to protect it. I wanted to care for it by offering it something good, something nourishing, and what I could offer was the absence of something bad—I would quit smoking. And I did.

I needed to do the same for my heart. I needed to nurture it, to listen to it, to see its sadness and offer help. The help it needed was me. My heart needed me. It needed me to sit with it for a while and allow it to speak to me in its own way. And I saw that you were too hard on my heart. You roughed it up and made it fearful. And so it became clear to me, all at once, that the good I could offer my heart at this moment, was the absence of you– I would quit you. And I did. 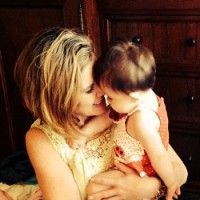