Entering the Temple of the Holy Self. 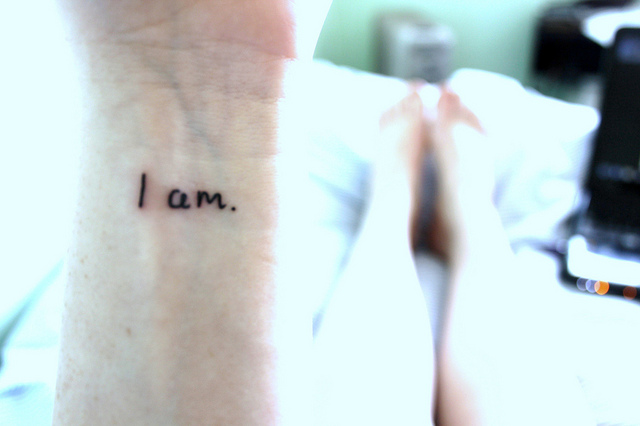 “Being solitary is being alone well: being alone luxuriously immersed in doings of your own choice, aware of the fullness of your own presence rather than of the absence of others.”  ~ Alice Köller

In 2001, my father—a well-respected poet, professor, and renowned lover of solitude—died of liver cancer.

Shortly thereafter, a long-term relationship that I’d always assumed would one day result in marriage, instead ended. Now in my thirties, I had to find a new place to live in the expensive expanse of New York City and create a whole new life for myself that did not include the wise counsel of my father or the comfort of a male companion.

Sure, I had friends, but most of them were either busy living their own lives or lived in different cities. The same applied to my mother and two sisters.

I felt more alone than I’d ever been in my entire life.

I threw myself into self-improvement by becoming active in international peace work. I became an ordained clergy member, selecting for myself the title of Peace Counselor. From there, I launched a Middle East peace organization, which employed the arts as a method of non-violent conflict resolution. I stood vigil every week in Union Square with Women in Black (Jews against the Occupation of Palestine), and later that year was asked to join their board.

I gave readings at THAW (Theaters Against War) town hall meetings, and spoke at New York’s New School on the topic of arts and peace. I wrote two novels, two screenplays, self-published a chapbook of poems, and traveled to India twice.

I got out there, lived fully, committed myself to what I thought was doing good in the world, but nearly every night I came home alone.

And it bothered me.

Five years later, nearing forty, I had managed to survive living in the wild vitality of New York, but had nothing to show for my romantic life other than a few lovers-turned-email-pals. I decided to start fresh and embarked on a period of sexual abstinence, vowing that the next man with whom I shared my body would be my future husband. I felt charged, alive, and deliciously vivacious in my newfound self-possession.

But a third, extended trip to India reinforced my worst fears: I was seen distinctly differently than I saw myself. As an unmarried thirty-something, I was treated as though I were used up, sexless. I was still seen as a woman physiologically, but romantically…not so much. For the most part, a woman of that age was seen as a  viable a mate as any of the sacred cows that ambled along the dusty roads.

When I returned to the States, I had to face the fact that I might very well live alone for the rest of my life. I knew I needed to make peace with this revelation.

The question was: how?

Drawing on the skills I learned as an independent child raised by parents who themselves were very strong individuals, I took a look at my current life in detail: character by character, belief by belief, habit by habit. I began to assess what kept me excited about getting out of bed in the morning. I came to realize how much, despite my occasional whining, I cherished my solitude.

Yet, I saw so many women and men around me who were out there dating—not solely for the fun of meeting new people, but to find a mate. Someone, anyone (almost) who would deliver them from impending spinsterhood or eternal Peter Panesque bachelordom.

Why, I wondered, did we need validation from society (in the form of a stable relationship) in order to be considered whole?

When I eventually married, my thoughts about solitude turned to other married people I knew and those living with partners. I saw so many couples leaning against each other, working to morph each of their individual psyches into one new one and present a unified front to the world. Were they finding peace in their lives as individuals? Or were they defining themselves in part or in whole by their role of Partner? It appeared more often than not to be the latter.

This led me to wonder how many other roles we play in life.

What happens to the distinct and vital soul of each individual human being if we lose ourselves in each other—in our roles at work, in our families, to our friends, or in society as a whole? When I began working as a clinical hypnotherapist, the majority of my clients came to me feeling burned out and “stuck” in their lives. They were out of synch with themselves, having gotten caught up in diligently fulfilling their responsibilities to others—at home, in school, at work, and within the community.

Over time, it became clear to me that many of us have lost touch with the beauty of the Self and its innate sacred energy. It’s what many refer to as our “highest self.” I began to refer to this highest self as the Holy Self. Because we come from Source—God/Goddess, the Great Mystery, The Universe, or whatever name you choose to give it—we, too, carry Source within us. While it is true that we are all connected to each other, it is equally true that we are also connected to the Divine.

There is great power in each of us, ingrained in us by Creation. That’s powerful stuff. We need to honor that power in order to live the fullest life we can.

The first step is to get quiet.

That’s what having a solitude practice means: To embrace time with ourselves. Solitude is not a retreat from the world, but rather a way to recharge our energies—our Holy Selves—for the world. In doing so, we can become emotionally healthier and more spiritually accomplished—with or without a partner. So, find a quiet spot, close the door, and start celebrating.