Lend Your Ears to the Voice of Nature. ~ Tanmay Sharma Earlier, I used to open my eyes to the beauty of green heavens, but now it has been replaced by the sight of concrete jungle.

Earlier the birds used to give a wake up call with their sweet chirp, but now it has been replaced by the loud horns of vehicles.

In our words, we regard nature as Mother, but in our deeds we hardly show any respect toward it.

There is no second thought to the fact that our cities are developed today, we have everything that defines luxury, growth and power, however, in this whole game, we are missing one thing and that is the kiss of nature.

Perhaps we believe that nature is best intact within the woods, but in the name of development, we have been invading even into the wood. Have we ever imagined that if the same continues then what impact would it have on our present and future?

If not, then it’s high time we lend our ears to the voice of nature.

What is this whole concept of the voice of nature?

From the tweet of a birdie, to the music of the swaying leaves, to the resonance of sea waves, everything defines the voice of nature. In fact, the sound of the wilds like the roar of the tiger and the trumpet of elephant are also a part of nature’s voice. So basically, every gift that Mother Nature gave us for our good constitutes as the voice of nature.

Unfortunately, with time, the voice of nature is fading away and the noise of pollution, population and industrialization is taking over it.

We all are very much aware of a proverb that says, “Little by Little Fills the Pot.”

Thus, even our little steps and contributions can bring a lot of change. 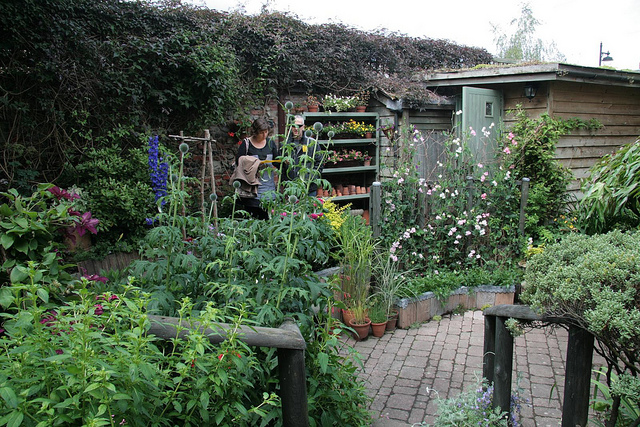 Bring back the trend of terrace gardens.

In my own home, I have a terrace garden, and trust me it is not too hard to make and maintain. All you need is to plant a few shrubs in earth pots and place them on your terrace. Provide them water regularly and manure once in a month or two, depending on the plant species. Keep a bowl of water for birds

There was a time when House Sparrow used to be one of the most common bird species found in the urban environment. Sadly, now this species is on the verge of being extinct. There are two major reasons behind it, first is the loss of habitat and second, the lack of food and water.

In order to make people aware about the importance of this bird species and to ensure its conservation, the globe celebrates World Sparrow Day every year on 20 March.

We can also contribute toward the conservation of many avifauna species like the sparrow, and for that we just need to put a bowl of water for birds, especially during summers. We can also spread some grains around the bowl, so that the birdies can have food and water together.

Plant trees around your society.

We cannot bring down the rate of deforestation, but we can certainly increase the rate of plantation. I don’t think any housing society or apartment complex would have any issue if we plant trees in the area. In fact, I guess everyone would love to see some greenery amid the concrete jungle.

Now, as we have heard that “charity begins from home,” so we will have to take the first step by planting some trees. Later we can ask our friends and neighbors to lend a helping hand. Trust me, when your intentions are good and will power is strong, no one would say no to helping you.

Try and avoid contributing to pollution.

From vehicles to refrigerators to almost every machine, they emit a gas or pollutant that hampers the health of nature. Our task is to ensure that our vehicles use eco-friendly fuels like CNG (Compressed Natural Gas) and as far as possible use public transport so that fewer vehicles roll down the streets. Moreover, we should take proper care of all our machines for ensuring that they are not emitting any hazardous gas or other pollutants.

Understand the beauty of nature.

Though we humans are regarded as the superlative species, we too do have flaws. One of our major flaws is that we listen and forget. This time, it’s no different. There are chances that while reading this content you must be feeling “yes! I will do whatever is mentioned,” but later you might just forget.

However, I have a solution for that too. Until and unless we witness the beauty of nature by ourselves, we would not be inspired to do something for conserving it. So go for nature walk and experience that life is actually very beautiful with the shed of Mother Nature over us.

The world of the wilds—the other part of the picture.

So far we have discussed what can we do save natural gifts nestled in and around our city. However, the big picture also includes wildlife as the part of nature and thus, we need to ponder upon them also. There are special authorities who take care of wildlife conservation still their attempts can only be fruitful if we too contribute.

What has been done so far?

Various projects and convention efforts have been made around the globe to save wildlife. Some of the major projects are:

Along with this, various new and hi-tech measure are being taken to protect the wild beings from poachers and efforts are being made to increase the scale of their habitats by establishing national parks, wildlife sanctuaries and reserves.

Moreover, we should spread the word as much as possible. In the yesteryears, Edward James Corbett used the same tool for protecting tigers. He gave lectures to school children, so as to explain them the importance of wild beings.

The nature has given us bagful of gifts and now it’s our turn to pay back. The best part is that it is very easy to help nature in regaining its original beauty and worth, just turn a little conscious and all is done!